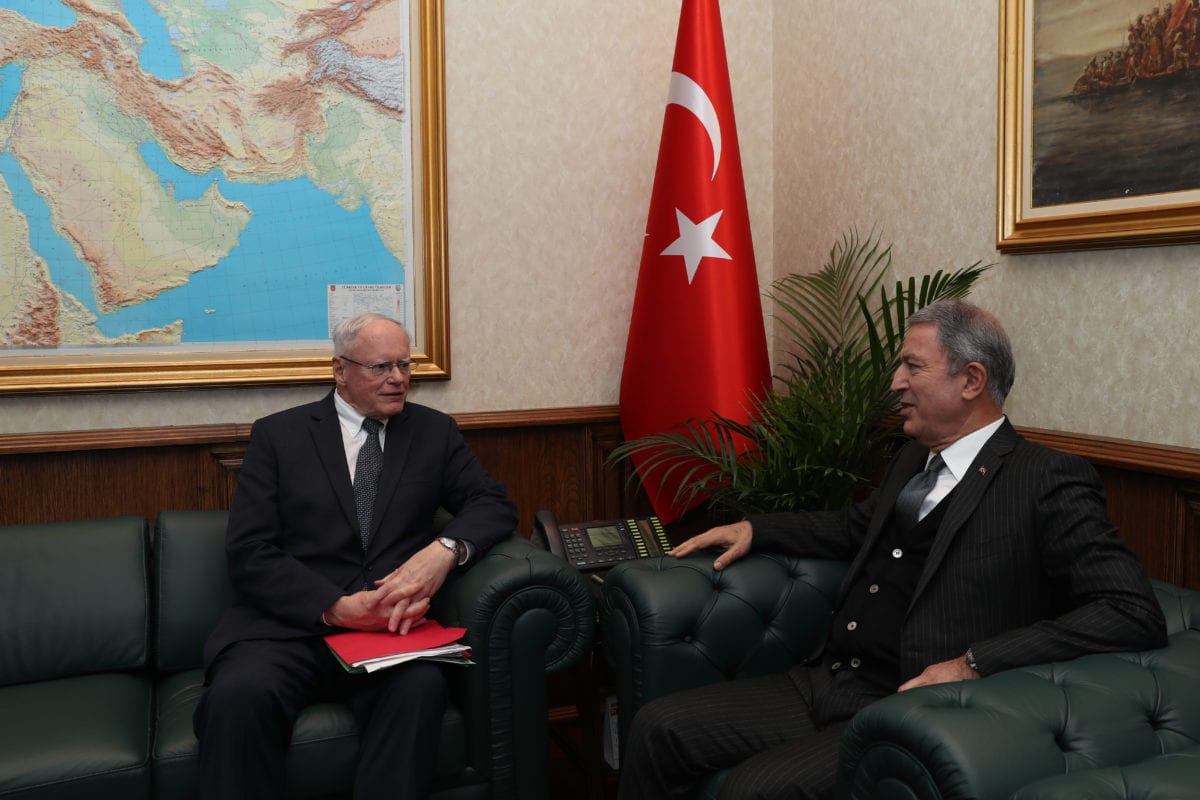 Disagreements over the scope of a safe zone in northeastern Syria and other issues are preventing its implementation, US President Donald Trump's envoy for the anti-Daesh coalition said Thursday, Anadolu reports.

"The Turks want a deeper zone than the one that we think makes sense," James Jeffrey told reporters at the State Department, noting Washington proposed an area of some 5-14 kilometres along the Syrian border with heavy weapons pulled further back.

He further cited unspecified "differences of opinion" over how the US and Turkey "would operate in that zone".

"We think that this is a deal we can sell to the people of northeast Syria. That's very important," he said.

Jeffrey added that the US is mindful of Turkish security concerns with regards to the "PKK and offshoots of the PKK" but is "equally" committed to protecting the main US partner in northeast Syria from coming under attack.

"We are committed to those who have fought with us not being attacked and not being harmed by anyone," Jeffrey said. "That includes our concerns about the Turks."

The US has primarily partnered with the SDF umbrella organization in northeastern Syria in the anti-Daesh fight. The SDF is led by the YPG, the Syrian branch of the PKK, a designated terrorist organization in the US and Turkey.

Turkish Defense Minister Hulusi Akar informed his US counterpart in a phone call that Turkey expects the US to completely end its support for the PKK/YPG.

Akar said Turkey would be obliged to create a safe zone on its own if the countries failed to find common ground, according to a statement released Monday by the National Defense Ministry.