Israel parties banned from filming at polling stations, in blow to Likud 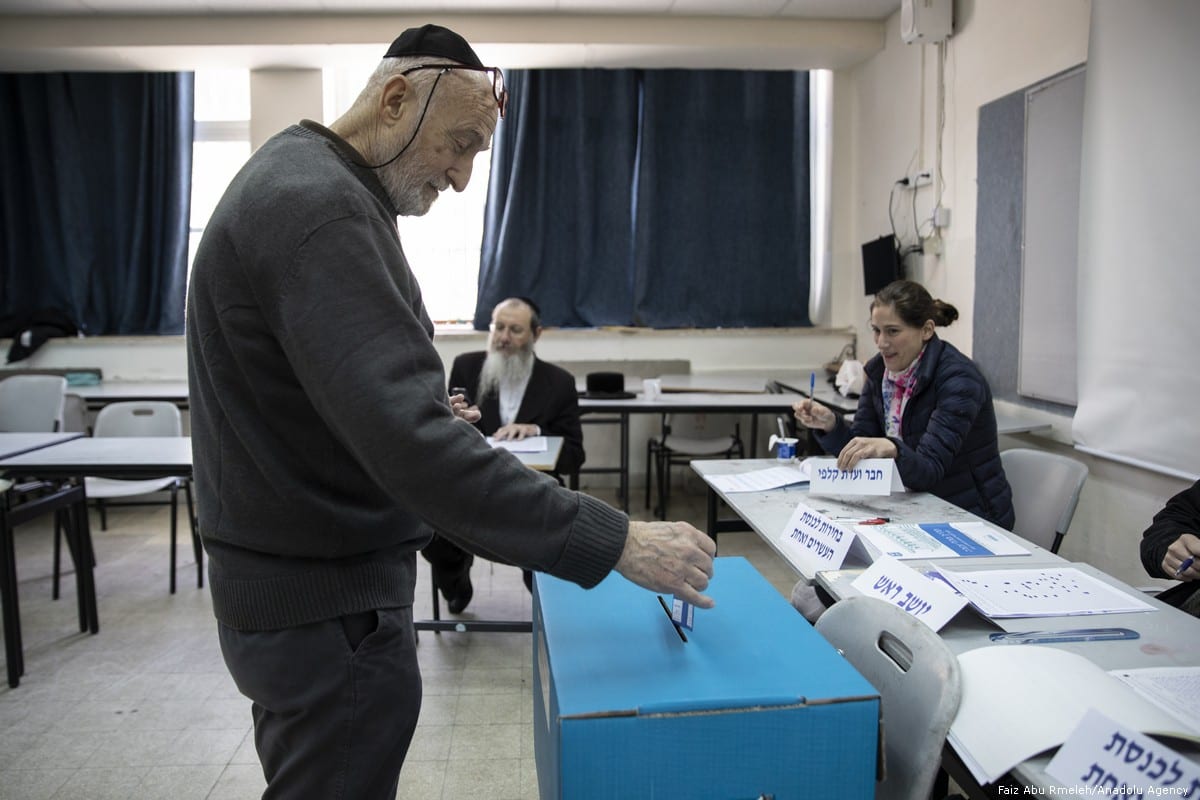 The chair of Israel's Central Election Committee has banned parties from sending representatives equipped with cameras to polling stations in next month's election, reported the Times of Israel.

Yesterday's decision was described by the news site as "a stinging defeat" for Prime Minister Benjamin Netanyahu's Likud party, who had been planning on sending more than a thousand activists with recording devices to Palestinian communities.

During the 9 April election, Likud dispatched an estimated 1,200 polling officials at ballot stations serving Palestinian citizens with body cameras, on the grounds of preventing fraud.

Palestinian citizens and critics of the move claimed that Likud's efforts were a form of voter intimidation, an interpretation corroborated by the company contracted by Likud.

Critics charged that Likud's efforts were a form of voter intimidation designed to keep the non-Jewish minority from the polls, a claim supported by the company contracted by Likud to carry out the operation, who boasted of helping secure a historically low Arab voter turnout.

According to the report, Central Election Committee chair Hanan Melcer "adopted the view of Attorney General Avichai Mandelblit, who expressed scepticism regarding the legality of the election committee allowing such a practice, when it is not already written in the current election law."

However, Melcer also commissioned a pilot scheme whereby the Committee will employ polling station observers "equipped with body cameras to be turned on only in instances when there is a legitimate fear of voter fraud and when permission from Melcer himself has been granted".

The decision came after Likud had promised to expand its April operation in September's election, with plans to double the allotted budget to roughly two million shekels ($570,000).

The party stated yesterday it would explore passing legislation "even before the upcoming election that would allow its polling committee representatives to be armed with cameras".

Joint List chair Ayman Odeh welcomed the Committee's decision, tweeting: "The Likud's loss is a victory for Arab citizens and the entire democratic arena. Right-wing voter suppression activists will have to sit at home – we will be sure to show to get out the vote."

Police "have so far only opened two official investigations into suspected voter fraud: in Afula and the town of Kisra-Sumei", neither of which were targeted by Likud in April.

The Times of Israel reported that of the more than 100 polling stations found to have had irregular voter turnouts, less than a third were located in Arab towns. An unnamed legal official told the site that the total number of suspected fraudulent votes in April only added up to several thousand.