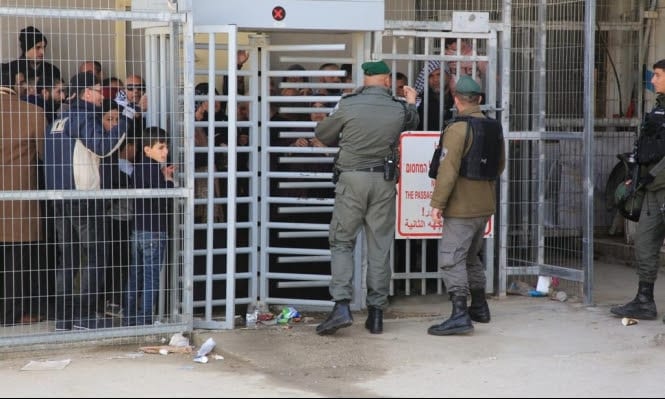 The Israeli army yesterday closed the doors of the Ibrahimi Mosque in Hebron, preventing Palestinians from entering under the pretext of Jewish holidays, and installed surveillance cameras in Beit Jala.

The Israeli army closed all military checkpoints and electronic gates leading to the Ibrahimi Mosque and prevented citizens and residents of the area from crossing to reach the mosque for prayer or visit.

The Israeli occupation forces have also prevented Palestinian civilians from reaching their homes in the outer courtyards of the mosque. The closure will continue until 10 pm, on the pretext of allowing settlers to celebrate Jewish holidays.

The Head of the Public Relations Office of the Waqf and Islamic Endowment Department in Hebron, Raed Maswada, said that the occupation forces closed the Ibrahimi Mosque in the face of Muslim worshipers, and allowed the settlers to desecrate the holy site. He added that the colonists had set up tents in the outer courtyards of the mosque.

In the context of harassment of Palestinians in the West Bank, the Israeli occupation forces installed surveillance cameras in the city of Beit Jala, west of Bethlehem.

According to citizens, the surveillance cameras were installed at the Arab Society and Crimson streets near the western entrance to Beit Jala.

Yesterday morning, Israeli military vehicles razed areas of Al-Makhour area in Bethlehem governorate for the construction of an underground tunnel linking Jerusalem to the Gush Etzion settlement complex by approximately one kilometre, as part of the expansion of the bypass road no 60.

Director-General of the Wall and Settlement Resistance Committee in Bethlehem, Hassan Bureijeh, told Wafa that the sweeping would rob dozens of dunams from citizens' lands in Beit Jala, in light of the fierce settlement attack on the area; the latest was three days ago when a restaurant and a house under the possession of Palestinian citizen Ramzi Kaysia were demolished.