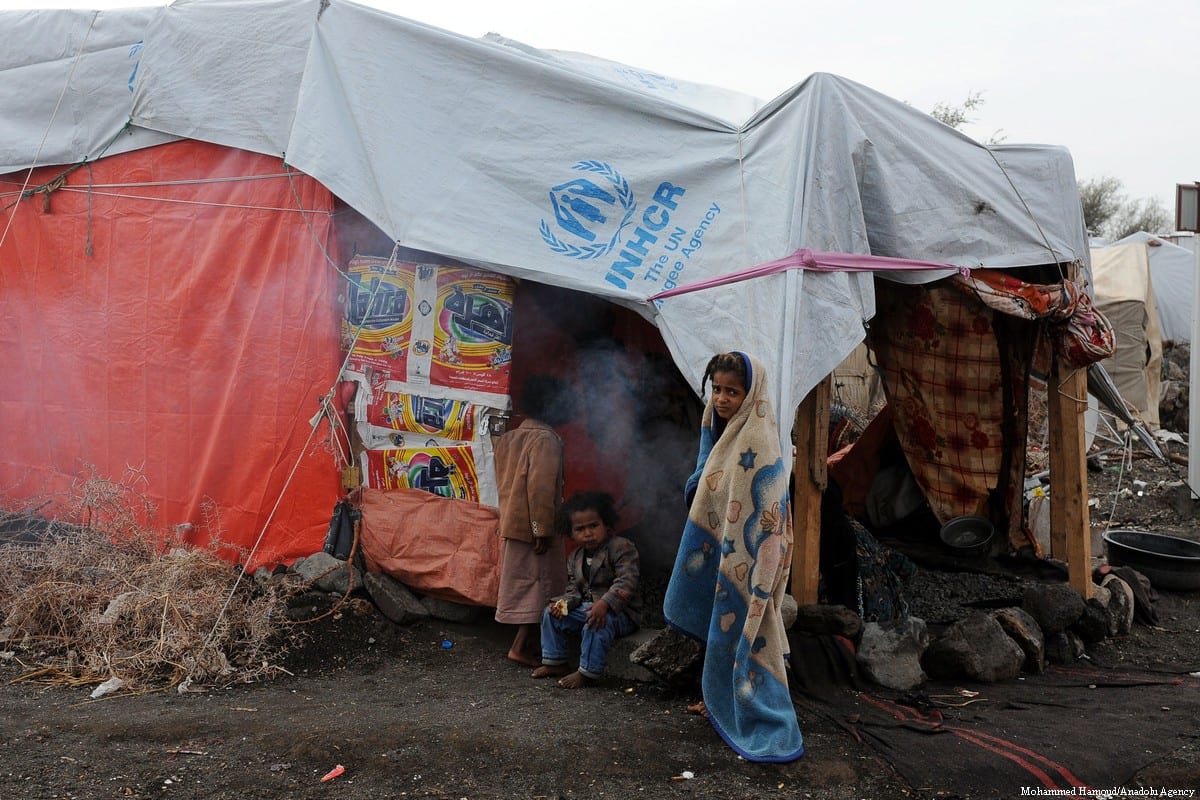 Children are seen in front of makeshift tents at Darwan refugee camp in Amran north of Sanaâ€™a, Yemen on 11 April 2018 [Mohammed Hamoud/Anadolu Agency]
September 12, 2019 at 11:11 am

About 350,000 people have been displaced by the ongoing conflict in Yemen in 2019, the United Nations said today.

In a tweet, the UN's International Organisation for Migration said that the body's Displacement Tracking Matrix covers more than 42,000 sites, to help understand the needs, numbers, locations and population conditions in Yemen, including IDPs, returnees and migrants.

Yemen's civil war has been raging for five years with nearly 100,000 people killed in the process, UN figures show.

The conflict broke out after the Houthi rebels took control of the capital Sanaa and the government offices there in 2014, forcing the internationally-backed authorities to relocate to the southern city of Aden. A Saudi-backed Arab coalition intervened months later to reverse Houthi advances.

To date there has been little progress to this end and both sides have been accused of "war crimes" by the UN and other rights groups.