Internment is a well-tried and deeply mistrusted tool of reactionary governments. It involves large groups of people – often entire communities including women and children – being locked up without trial.

Historically, the practice has given rise to its own sinister vocabulary, notably such terms as "concentration camps". They are firmly associated with numerous crimes against humanity, not least of all mass murder. Little wonder, then, that Article 9 of the Universal Declaration of Human Rights states that "No-one shall be subjected to arbitrary arrest, detention or exile."

None of this has stopped the proliferation of such institutions in parts of the world where ruthless administrations are specifically targeting Muslims. Their widespread use by the current Indian government – one infested with prejudice against Islam – is of particular concern.

A camp being built in Goalpara, in the remote northeast of India, is designed for at least 3,000 people to be herded inside. Beyond living quarters and medical facilities, it is likely to be completed with watchtowers, high walls, reams of wire, and all the other paraphernalia of the traditional concentration camp.

Goalpara is said to be one of 11 camps being erected to cope with the thousands of people in the tea-growing state of Assam who are being detained for not having Indian citizenship documentation. Many are migrants who have arrived from Muslim-majority Bangladesh next door, while others are Muslims who have lived legally in Assam for most of their lives. They are simply not wanted anymore, so will be interned indefinitely until further notice.

READ: My heart aches for Myanmar and Kashmir; for Idlib and Aden

It is no coincidence that the camps are springing up as Indian Prime Minister Narendra Modi continues to persecute Muslims with impunity. Infamous for his past involvement in pogroms against followers of Islam, the extremist Hindu nationalist is also using intense violence against them in the once nominally autonomous region of Jammu and Kashmir. An armed occupation is the forerunner to Modi's ultimate aim of populating Kashmir with settler Hindus in the hope of stifling Kashmiri independence, and the Muslims that campaign for it, for good.

One of Modi's closest allies is Israeli Prime Minister Benjamin Netanyahu, whose own prison camp mindset is one the most barbaric obstacles to peace in the Middle East. The ferociously aggressive Netanyahu has, like so many of his fellow Israelis, long viewed incarcerating Palestinians as an acceptable tool of colonisation. The fact that Netanyahu is Israel's longest serving leader says everything about how popular his thinking is. 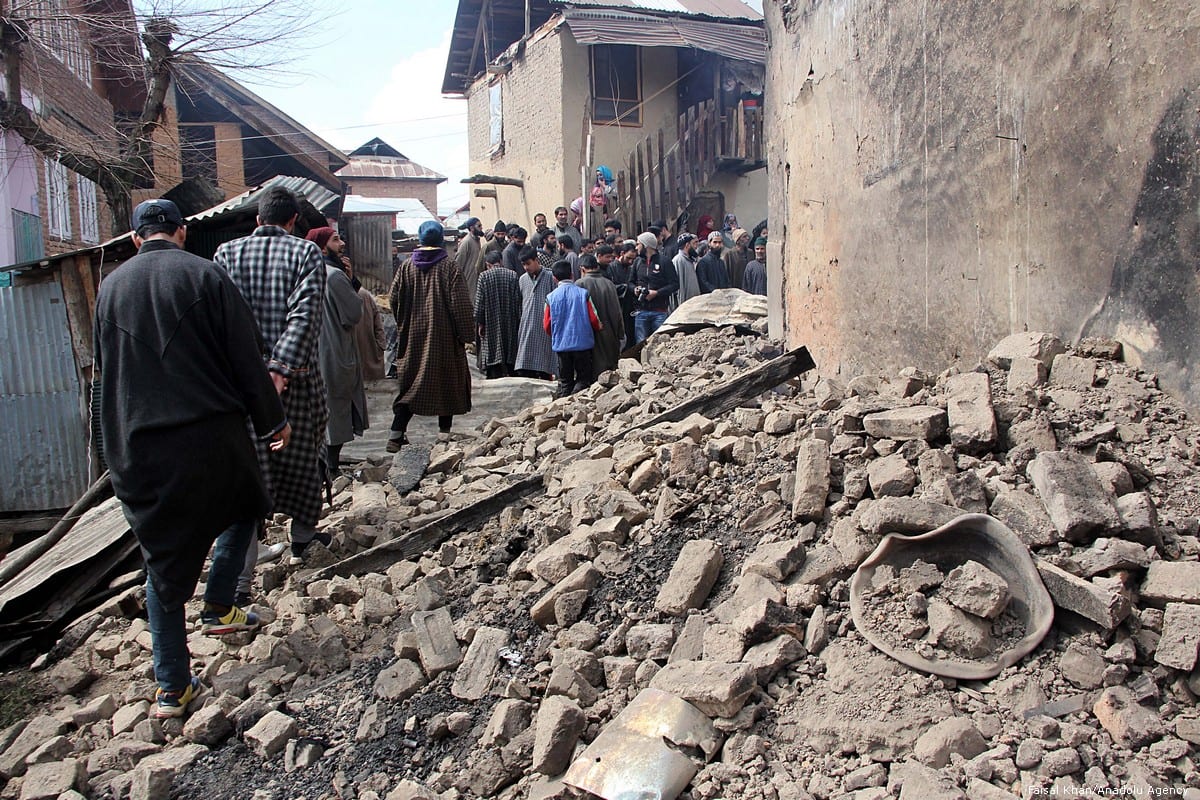 The Gaza Strip, home to close to two million people, is perhaps the most sinister example of a mass prison camp. Conditions there are so horrendous that many, including the United Nations, fear it will be rendered unliveable by next year. An Israeli military machine largely funded by billions of American dollars imposes a sea, land, and air blockade enforced by security forces who think nothing of killing those who have already lost their freedom.

Lethal Israeli interventions range from snipers shooting dead Palestinians claiming their stolen land back in protests next to the barbed wire fences, walls and watchtowers keeping them inside Gaza, to the thousands who have been slaughtered during asymmetrical battles between captor and captives.

Netanyahu has announced that his forces are now set to annex up to a third of the occupied Palestinian territories if, despite facing trial and prison for corruption, he is re-elected this week. Refugees from such illegal land grabs would once again create an overflow of dispossessed people, many of whom will end up in official prison camps, as well as the unofficial ones.

Israel is a world leader in locking up Muslims on spurious grounds, including children as young as 12. The most common charge against them is throwing stones. The United Nations and humanitarian groups have all voiced outrage against such unlawful practices, but positive moves to actually stop western-backed Israel descending to such demonic levels are pretty much non-existent. 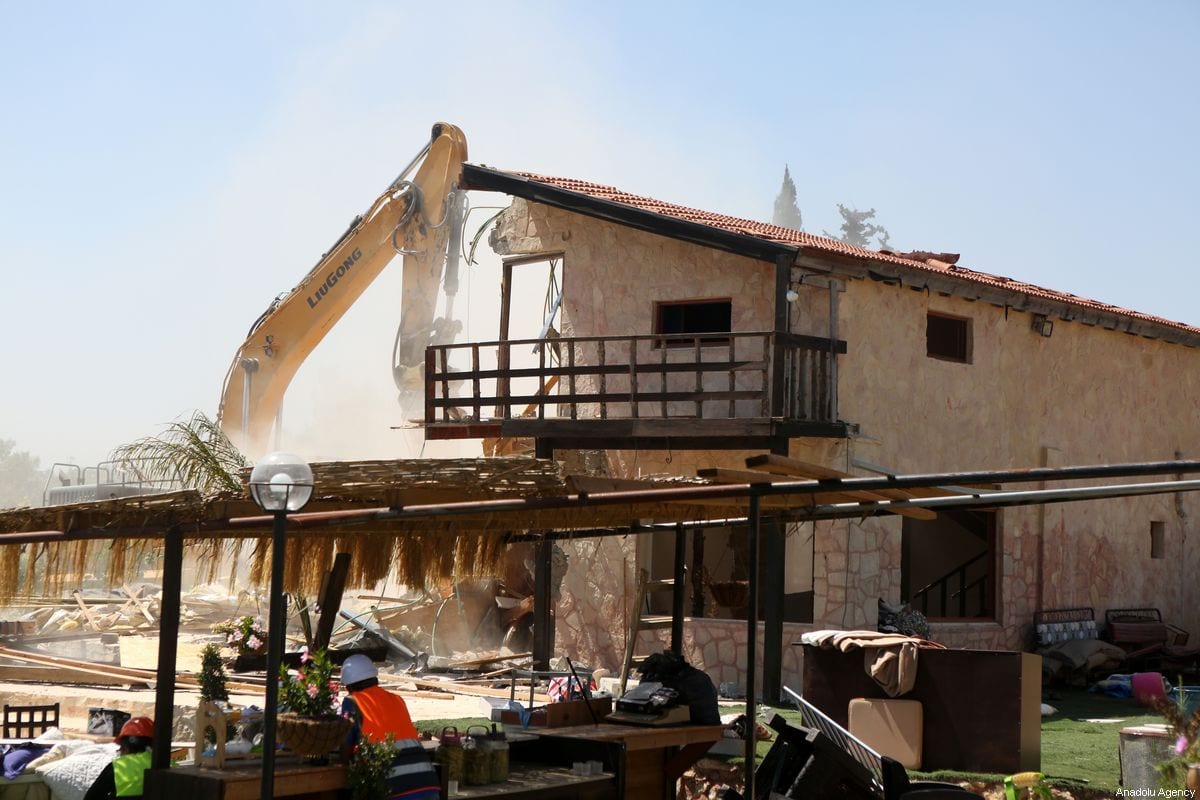 It is the same in China, where so-called indoctrination camps are used against Muslims. Like Netanyahu and Modi, Beijing parrots the feeble "justification" of "security" to persecute whomsoever they chose. Ostensibly, they want to see all law-breaking Islamic radicals locked up, along with other dissenters, but in reality, Muslims per se are seen as the problem.

This spreading of collective guilt equates to the kind that manifests itself in countries such as Britain and the USA when evil individuals are involved in terrorist acts. If a psychopath pledging allegiance to Daesh or Al-Qaeda carries out an atrocity in the West, then he is painted as a representative of some 1.8 billion Muslims around the world.

READ: US-bought weapons found in the hands of Daesh in Yemen

American President Donald Trump – arguably Netanyahu's most powerful friend and ally – is notorious for such divisive machinations. His own "We're going to build a wall" slogan is just the sort that appeals to those who believe that different sections of humanity are best kept apart.

As the world grows smaller, and everybody is brought closer together through improved online communication and other technological advances, the very concept of internment camps should become a thing of the past. Yes, those found guilty of wrongdoing, and who are a danger to society, deserve to be removed from it according to the rule of law. But simply detaining everybody who is considered a potential threat because of their race or religion is beyond evil.