The President and the Contractor 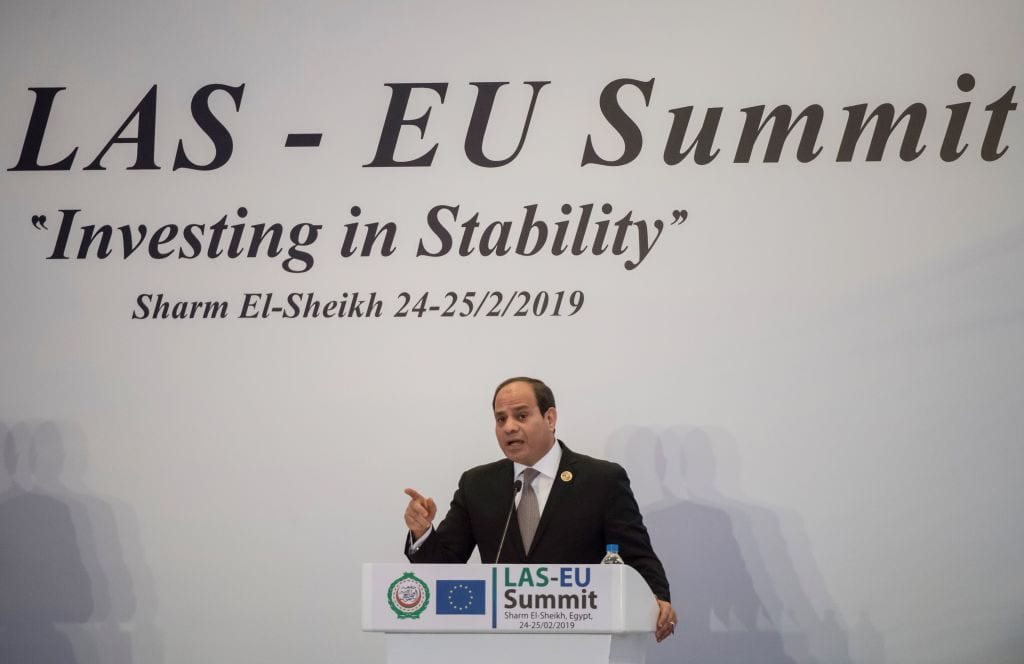 Two names dominate the current political landscape in Egypt: Abdel Fattah Al-Sisi, the President, and Muhammad Ali, the Contractor. The former runs the Egyptian state with an iron fist and dominates all power centres through the use of security agencies. He recently amended the constitution in order to guarantee that he will be in full control until 2030. The latter is a young man who appeared suddenly on the political stage after fleeing to Spain and divulging from there what he claims to know about the corruption of the regime in whose bosom he grew up and flourished. In doing so, he used a series of videos and assumed the role of a national hero who fills the knowledge void from which Egyptian politics is suffering.

The president decided to respond in person to the charges made by the contractor, exposing a situation so absurd that it is turning into some sort of an enigma itself. How can we understand what's going on?

Some people believe this to be a natural outcome of the role played by the military in Egyptian politics and the insistence of the institution on maintaining control over the government since it seized power in 1952. It intervened to abort the January 2011 revolution, which was a revolution against "military rule" and not against the person or regime of Mubarak specifically.

Such a vision, however, sees the rule of the military as an extension of what it has done since 1952. This is inaccurate. What goes on in Egypt today has nothing to do with the national project of the "July 2013 revolution" or its regime. Some may argue that Sisi came to power in exactly the same way that Gamal Abdel Nasser did, through a military coup that toppled a civilian government, and that he is laying the foundations for a new renaissance similar to Nasser's. This is also inaccurate. Sisi did not come to power via a secret organisation whose members agreed on a national project as was done by Nasser, or as Sadat did and then Mubarak after him through a "mechanism of bequeathing power by choice". In fact, Sisi took power by virtue of a completely different set of circumstances which reflect the ambitions of a man who was in a position that enabled him to exploit the contradictions of the January revolution, on the one hand, and the mistakes of the Muslim Brotherhood on the other. Ironically, it was the late President Mohamed Morsi himself who provided Sisi with that opportunity, not because he appointed him as Minister of Defence, but because when he did so he broke the seniority rules that are much venerated within the military establishment, thus creating a serious gap that enabled Sisi afterwards to tighten his grip on this establishment for his personal gain.

It is worth noting that the mistakes made by the Muslim Brotherhood, especially those following Morsi's election as President, were what paved the way for the 30 June 2013 demonstrations that were exploited by Sisi. It is possible that he stage-managed them in order to justify the steps he took afterwards.

This appears to confirm that he had been planning to seize power for quite some time and that the road map he announced on 3 July 2013 was nothing but a phase intended to make his presidential nomination appear as if it came at the insistence of the people. This is the bait that was swallowed by many intellectual and political figures, including prominent journalist Mohamed Hassanein Heikal, who played a vital role in promoting the idea that Sisi was "the candidate of necessity".

As soon as he succeeded in establishing the image of the "saviour hero", who was invoked by the masses so as to rid the country of Muslim Brotherhood rule, he embarked on adding ornaments that bestowed the appearance of someone who would not hesitate to sacrifice all his possessions in order to help Egypt rise again. This was evident when he went to one of the banks accompanied by a huge crowd of journalists to donate half of his wealth to the "long live Egypt" Fund. 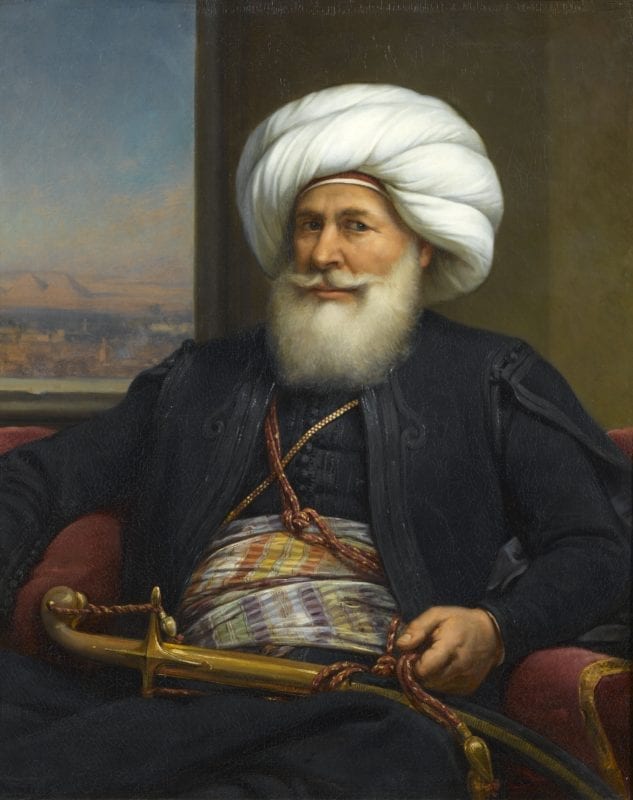 Then, as soon as he had bolstered his position, he started to make statements to imply that he was sent by Divine Providence. He often reiterated the Qur'anic verse, "Say, 'O Allah, Owner of Sovereignty, You give sovereignty to whom You will and You take sovereignty away from whom You will.'" He even considered himself to be the "Doctor of Philosophers", insisting that he does not take a decision without seeking Divine Guidance, and therefore there is no need for "feasibility studies". How else could he have accomplished 20 per cent of what was already achieved? Hence, it was only natural that many people would become rather concerned, and that many questions would be asked about the psychological and temperamental make up of President Sisi's personality.

The limits imposed on political and civil society activism, and the hegemony of the state over the media, resulted in exaggerating the phenomenon of Muhammad Ali (1769-1849), the Ottoman governor who is regarded as the founder of modern Egypt. This weakened the position of the president in parallel with this rising sense of anxiety.

People started looking into the results of the policies adopted over the past five years. These were not reassuring. Despite the huge fuss made by the media about "the president's accomplishments" and his grand projects — such as the Suez Canal expansion, the tunnels connecting Sinai with the Nile Valley, the new cities, the agricultural projects — the ordinary Egyptian citizen did not sense any improvement worth mentioning in his living conditions, except the clear improvement in the road network. Indeed, conditions have worsened, and living standards are at a dangerously low level, especially for the lower middle class and the poorest people.

Over the past five years, Egypt has been burdened with an unprecedented level of debt. By the end of June, foreign debts exceeded $106 billion while domestic debt stood at more than 5 trillion Egyptian pounds. During Sisi's first term in government, nearly one third of the Egyptian population slid below the poverty line. This amounts to five million more Egyptians in dire need. All of this happened under the security agencies' total control of the public sphere and at a time when prisons have been packed with opposition figures.

The straw that broke the camel's back was Sisi's amendment of the constitution allowing him to remain in power until 2030. This is when the Contractor Muhammad Ali and his videos surfaced on social media. He owned a company that worked on contracts for fifteen years on projects overseen by the army. His company seems to have been owed a lot of money and was unable to collect payment. That is apparently why this Muhammad Ali decided to divulge everything he knows about the rampant corruption within the state apparatus.

What matters here does not relate to veracity or credibility as much as it does to people's willingness to believe as well as to the reactions he has provoked. Millions of people have watched Muhammad Ali's videos and reacted so intensely that President Sisi felt compelled to respond directly to the charges made against him. Hence, it is only natural that we address the points that are worthy of attention and that acquire specific importance in this context, foremost among them are the reasons for the interest of the political elite, both within government and within the opposition, in what a young man with limited education, working as a contractor, has been saying and whether the State President's responses to the charges have succeeded in containing the crisis or is it likely to continue simmering.

READ: Sisi has failed to protect Egyptians from poverty, despite his costly programmes

I believe that many factors have helped to make the people rally around Muhammad Ali and turn him into a phenomenon. One of them has to do with him having a profession that provided the opportunity for obtaining important information from primary sources. Others relate to his personality traits and his performance on screen. He speaks about events of which he has direct knowledge as he was a party to them.

He may indeed have personal motives for divulging such information, such as revenge against those who mistreated him or withheld his money. He may even be seeking more publicity. However, his motives could also be patriotic, believing that corruption should no longer be tolerated. His motive might have been purely personal and for his own benefit, or he might have been encouraged by others who have their own reasons.

What really matters is that the information he has divulged is extremely dangerous and may indeed contribute to demolishing the media image of the head of state that Sisi has expended so much time and effort to establish in people's minds. It may indeed result in the loss of confidence in him. That's probably why he was prompted to respond personally at the Youth Conference that was convened especially for this purpose and organised in haste.

It might be too early to gauge the overall impact of Sisi's move, but it is indisputable that the condition of the political void resulting from imposing a limit on political and civil society activity along with the hegemony of the state over the new media, has resulted in exaggerating this phenomenon and weakened the position of the president. Nevertheless, it is certain that this intervention has not put an end to the series of "The President and the Contractor", which looks set to run for some time.