US hits Turkey with new sanctions 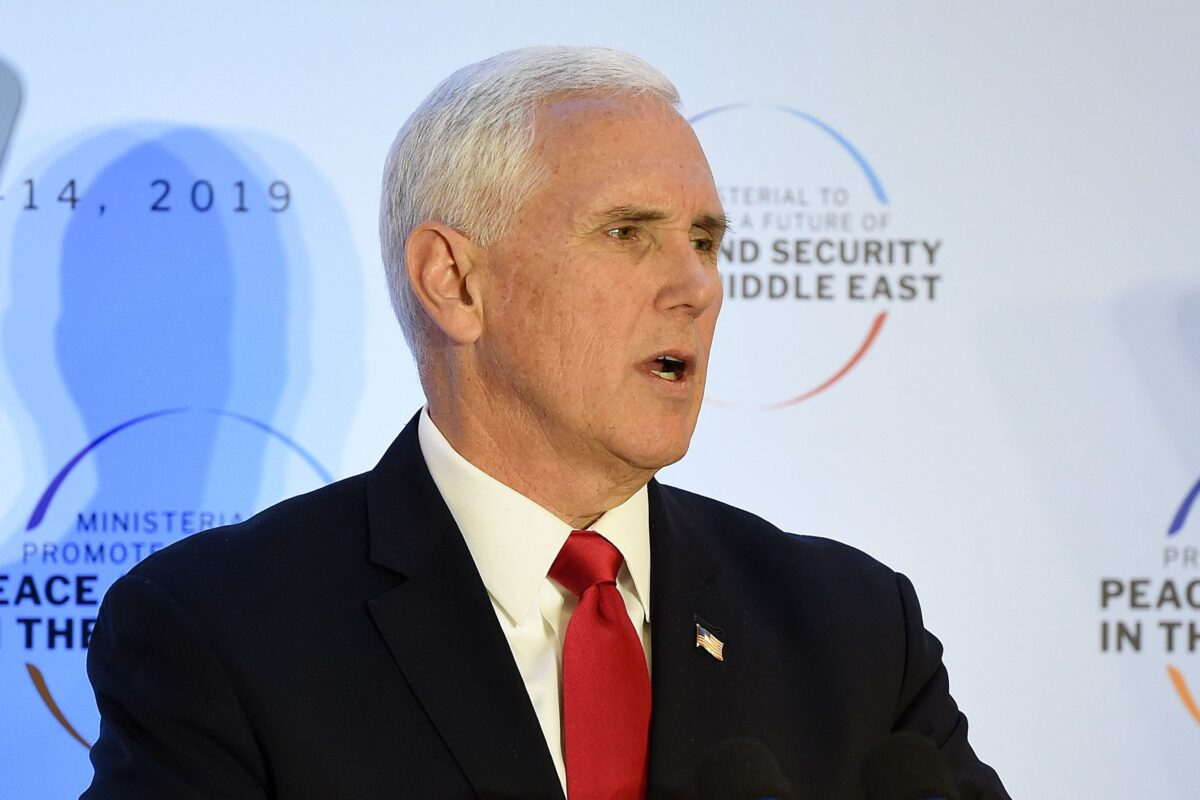 US Vice President Mike Pence gives a speech during the conference on Peace and Security in the Middle east in Warsaw, on 14 February, 2019 [JANEK SKARZYNSKI/AFP/Getty Images]
October 15, 2019 at 4:45 pm

Several Turkish officials and institutions have been hit with US sanctions in response to Ankara's incursion into northeastern Syria. Treasury Secretary Steve Mnuchin announced Washington's decision to turn the heat on President Recep Tayyip Erdogan outside the White House yesterday.

The sanctions apply to individuals, entities or associates of the Turkish government involved in "actions that endanger civilians or lead to the further deterioration of peace, security and stability in northeast Syria", US Secretary of State Mike Pompeo said in a separate statement.

Vice President Mike Pence, who was at the press conference on the driveway outside the Oval Office, informed reporters of President Donald Trump's telephone call with his Turkish counterpart on the same day.

"The president of the United States called on the president of Turkey to stop the invasion," Pence said to reporters. He revealed that Trump had signed an executive order authorising the sanctions and as well as issuing a directive to lead a delegation to Turkey and begin negotiating a resolution between the Turks and Kurds.

READ: Trump offers to mediate between Turkey and Kurdish militias

"President Trump communicated to him very clearly that the United States of America wants Turkey to stop the invasion, implement an immediate ceasefire and to begin to negotiate with Kurdish forces in Syria to bring an end to the violence," Pence said.

The president is also reported to have ordered a hike on steel tariffs and an immediate cancellation of negotiations over a $100 billion trade deal with Turkey.

The move represents the first concentre step of threats made by Trump over a week ago following his decision to withdraw US troops from Syria and green light a Turkish military operations which Ankara says is intended to create a "safe zone" to allow for the safe return of some of the 3.6 million Syrian refugees in Turkey.

In a statement announcing the withdrawal, Trump said he was "fully prepared to swiftly destroy Turkey's economy if Turkish leaders continue down this dangerous and destructive path". He said that the military offensive "endangering civilians and threatening peace, security and stability in the region."

Despite these worries Trump has defended his decision to withdraw US troops from northern Syria, saying it was too costly to keep supporting US-allied, Kurdish-led forces in the region fighting Daesh militants.

Turkey however maintains that its objectives is to create stability and allow the safe return of refugees. Ankara has explained that it is aiming to establish a 30-kilometre safe zone east of the Euphrates, so that the Turkish borders are secured and two million Syrian refugees can be returned to Syria.

Tens of thousands of Syrian refugees have been displaced from their homes in this area, by the Syrian Democratic Forces (SDF), a component of the coalition of rebels led by the YPG, which Ankara says is an arm of the proscribed terror group the Kurdistan Workers' Party (PKK).