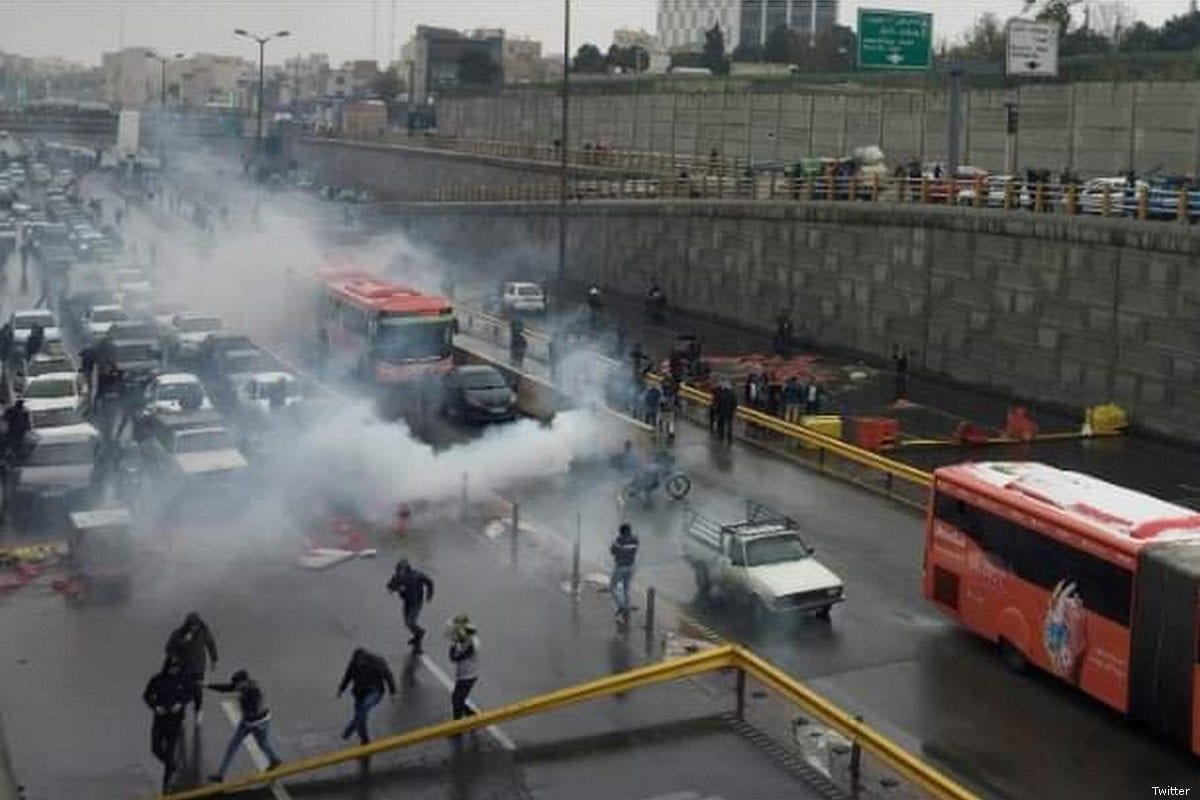 A senior commander of Iran's Revolutionary Guards has urged the country's judiciary to mete out harsh sentences to what he described as "mercenaries" involved in protests against a fuel price hike last week, reported by Reuters.

"We caught all the mercenaries who openly confessed they were doing mercenary work for America and, God willing, the judicial system of the country will give them maximum punishments," Rear Admiral Ali Fadavi, a deputy Guards commander, was quoted as saying.

Rights group Amnesty International said in a release earlier this week that security forces shot into crowds of protesters from rooftops and, in one case, from a helicopter.

Amnesty said at least 115 people have died in the unrest. Iran has rejected death toll figures as "speculative".

Iranian authorities have said about 1,000 demonstrators have been arrested.

READ: Pompeo asks protesters to send him videos so US can 'expose and sanction' Iran