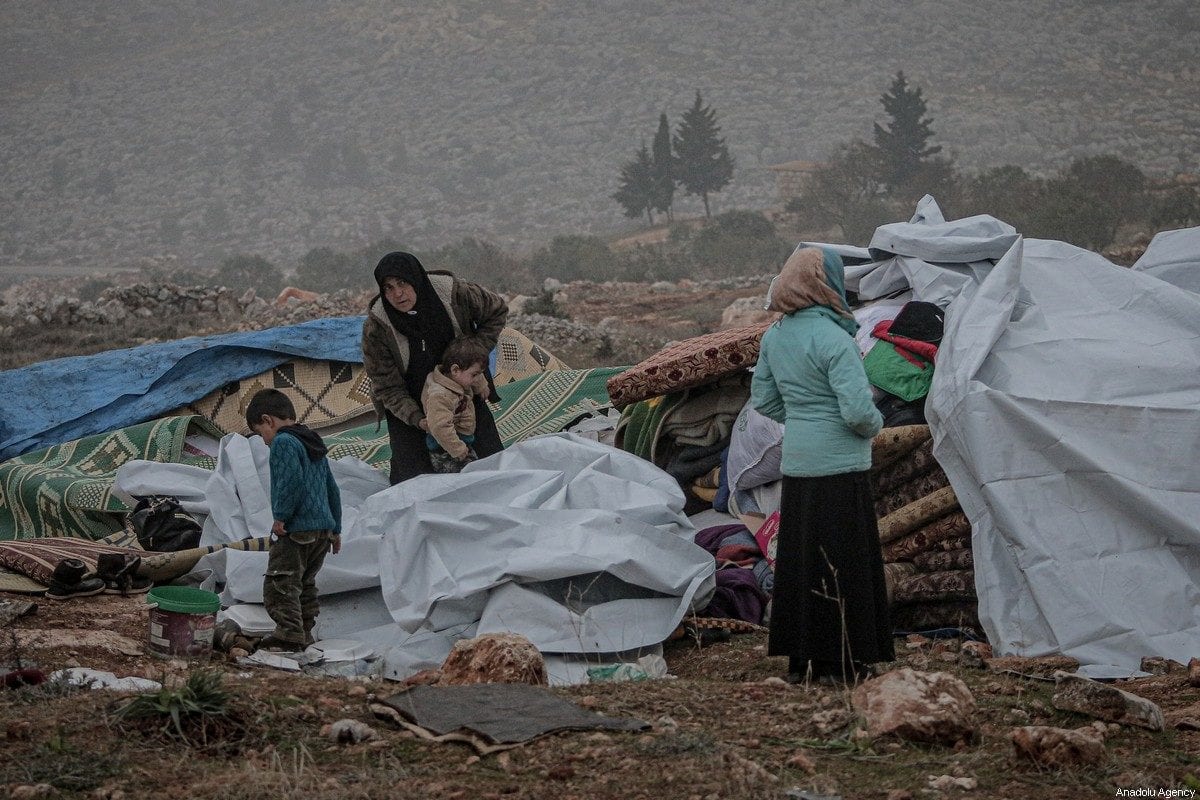 Displaced Syrians are seen in makeshift camps following attacks carried out by the Assad regime in Idlib, Syria on 24 December 2019 [Muhammed Said/Anadolu Agency]
December 27, 2019 at 10:02 am

The Syrian Response Coordination Group said on Wednesday that 216,732 people have fled their homes in northwestern Syria in recent weeks as a result of the intense air and ground bombardment by Syrian regime forces.

The ground offensive that began last week led to the displacement of more civilians while regime forces took control of more than 40 small villages, the Syrian regime army and opposition activists said.

Before the ground offensive began, the United Nations said that about 60,000 Idlib residents had been displaced since the government bombardment began in late November.

The relief group called on other relief agencies to help the displaced during the cold winter season.