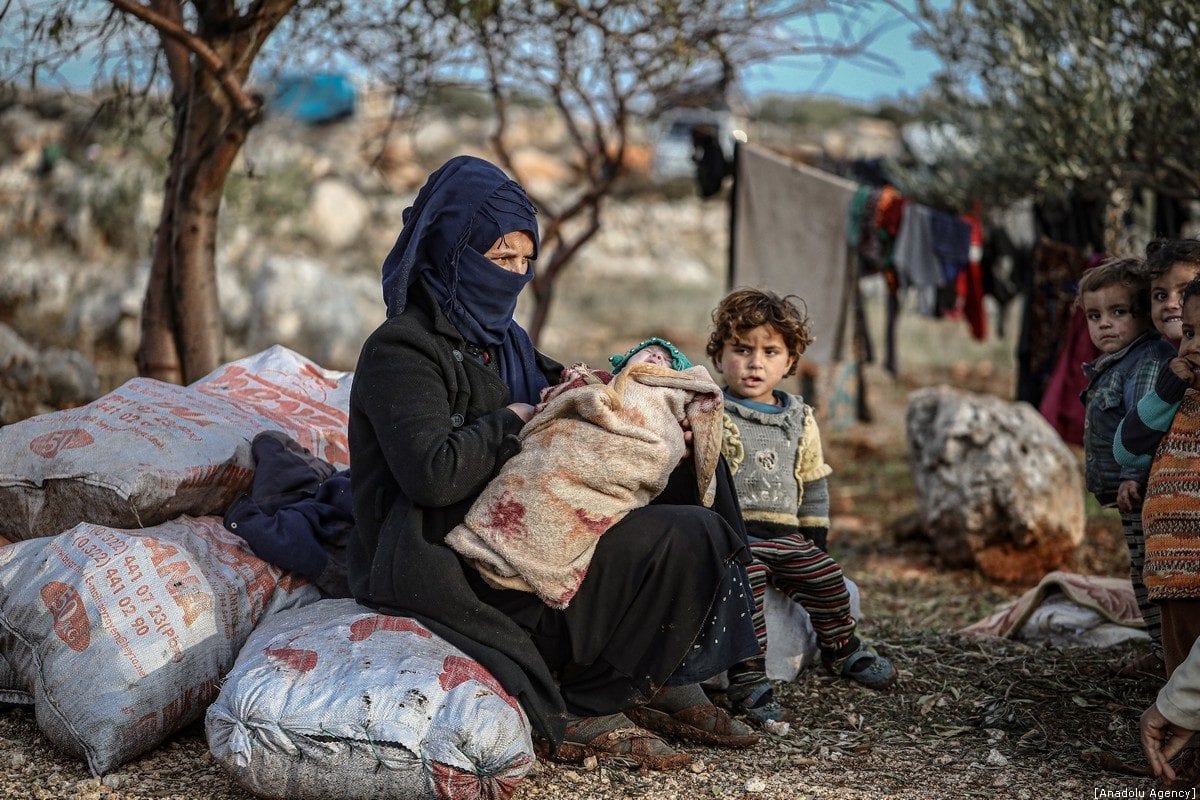 A Syrian family, who have been forced to displace due to attacks carried out by the Assad regime and Russia, is seen at a camp in Idlib, Syria on 28 December 2019 [Muhammed Said/Anadolu Agency]
January 7, 2020 at 11:08 am

The agency said the aid convoy passed through Turkey's Cilvegozu border crossing, in the southern Hatay province, and Syria's Bab Al-Hawa. The aid will be distributed to those in need in Idlib and its surrounding areas.

The Syrian regime, Russia and Iranian-backed foreign groups have been attacking Idlib, the last opposition stronghold in the country .

Hundreds of civilians fled the province towards the Turkish borders.

In 2017, Turkey, Russia and Iran reached an agreement designating Idlib a "de-escalation zone", however the regime and its allies have been shelling the area in an effort to recapture it.

READ: Another bloody chapter before the final battle in Idlib