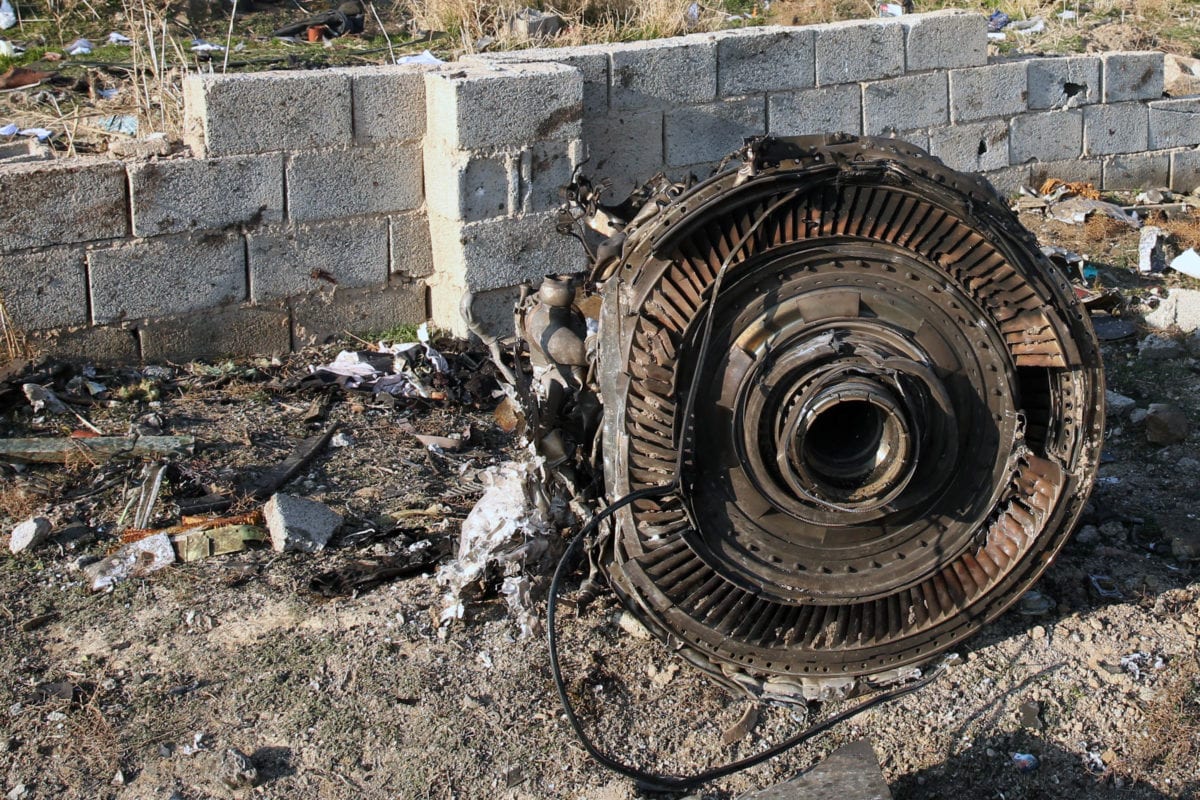 An engine lies on the ground after a Ukrainian plane carrying 176 passengers crashed near Imam Khomeini airport in the Iranian capital Tehran early in the morning on January 8, 2020, killing everyone on board [AFP via Getty Images]
January 9, 2020 at 7:30 pm

US President Donald Trump threw cold water Thursday on explanations that a mysterious crash of a Ukrainian jetliner could have been caused by a catastrophic mechanical failure, Anadolu Agency reports.

The Ukrainian International Airlines Boeing 737crashed shortly after it took off from Tehran's International Airport, killing all 176 people on board. Its departure was just hours after Iran's Islamic Revolutionary Guards Corps launched more than a dozen ballistic missiles targeting US troops in Iraq.

Iranian officials said Thursday the plane caught fire before hitting the ground, and denied it was struck by a missile before it crashed into a field .

Speaking at the White House, Trump categorically denied the crash was due to US action, insisting instead that he has "suspicions" about the "tragic" incident.

"Somebody could have made a mistake on the other side," Trump said, referring to Iran. "Some people say it was mechanical. I don't think that's even a question personally."

Ukrainian officials said Thursday they were considering the possibility that the jet was downed by a missile strike or a terrorist attack in addition to and engine explosion caused by a technical glitch.

Ukraine's National Security and Defense Council said the trajectory of the aircraft showed the plane changed its route to return to the airport, but pilots did not report any emergencies.

Iran's semi-official Mehr news agency, quoted Ali Abedzadeh, the head of the Iranian Civil Aviation Organization, as saying that his country would not give the black boxes to Boeing, and is instead considering handing them over to a third country.

Multiple US reports cited anonymous Trump administration officials who said that a growing pile of evidence indicates the aircraft was downed by an Iranian surface-to-air missile.

READ: US, Iran both appear to signal desire to avoid further conflict