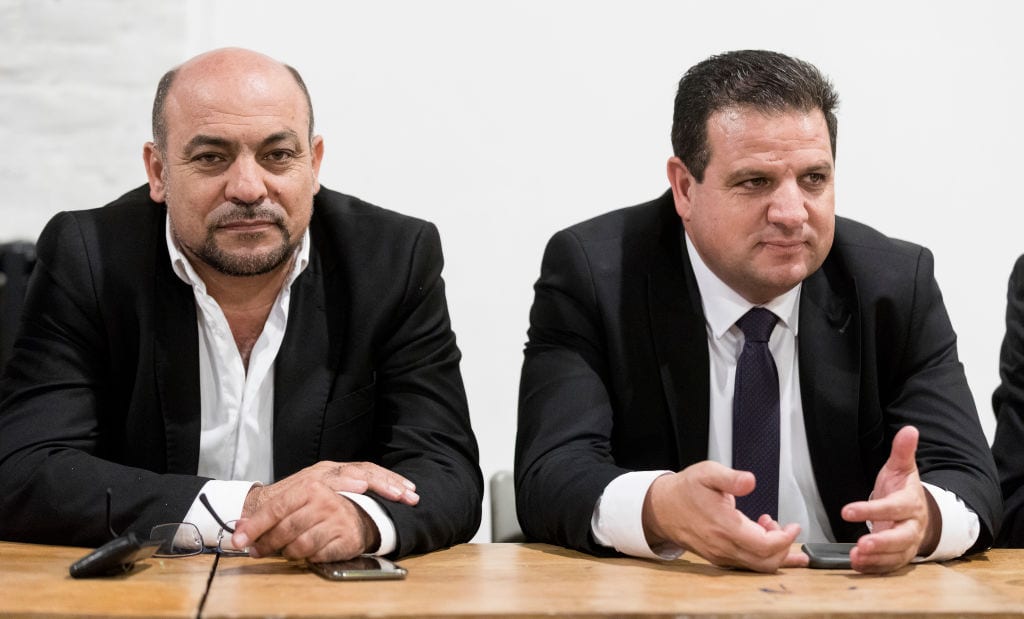 Member of the Knesset for the United Arab List Masud Ghnaim (L) and Ayman Odeh (R) member of the Knesset and head of the Joint List, a political alliance of four Arab-dominated parties Hadash, Balad, the United Arab List, and Ta'al during a conference organised by Abp Asbl (Association belgo palestinienne) on September 3, 2018 in Brussels, Belgium. [Thierry Monasse/Getty Images]
January 31, 2020 at 4:36 am

Members of the Joint List [of Arab parties] in the Israeli parliament, the Knesset, yesterday slammed the US Middle East peace deal, warning that it was "threatening the presence of thousands of Palestinians in the territories occupied in 1948."

"Joint List members oppose the Deal of the Century recently announced by the US President Donald Trump," the Knesset members said, according to Israeli Walla.

The group described the deal as "racist," referring to the deal's clause that states on the possibility of exchanging lands and residents between the Palestinian Authority (PA) and Israel in the Negev.

Read: 'There is no occupation': US compares its military in Germany to Israel in Palestine

"The US deal text entails revoking the Israeli citizenship from hundreds of thousands of Palestinian Arabs living in the Triangle region in northern Israel, and every Arab or Jewish Israeli citizen," the Joint List head, Ayman Odeh, warned, calling on Israelis to oppose "this dangerous deal."The US deal was announced by Trump on Tuesday at a press conference in Washington in the presence of Israeli Prime Minister Benjamin Netanyahu with no Palestinians present.

The United Nations (UN) rejected the deal, saying it is not based along with UN guidelines but is an imposition of Trump's own vision of a two-state solution. The deal was also rejected by all Palestinian parties.