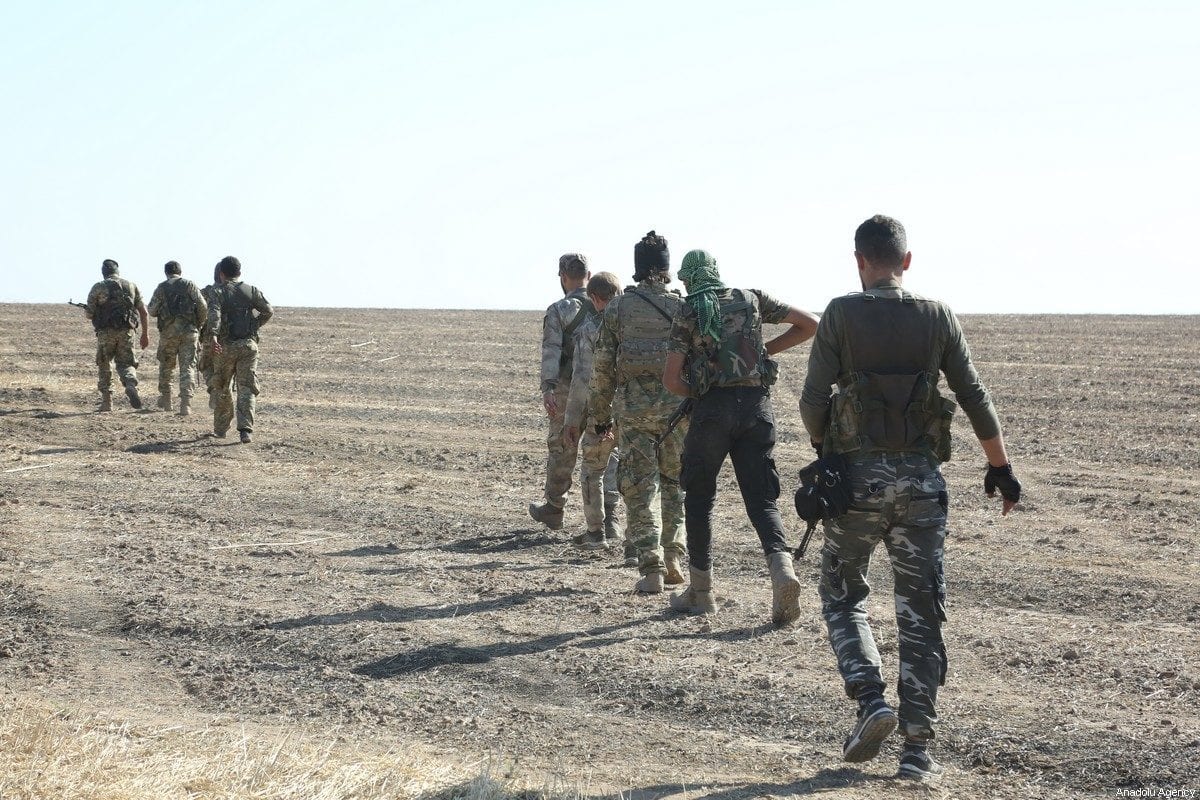 RAS AL-AYN, SYRIA - NOVEMBER 11: Syrian National Army (SNA) members control the area which was cleared from PKK, listed as a terrorist organization by Turkey, the U.S. and the EU, and the Syrian Kurdish YPG militia, which Turkey regards as a terror group, after Turkey's Operation Peace Spring, in eastern Ras Al-Ayn, Syria on November 11, 2019. ( Muhammed Nur - Anadolu Agency )
February 12, 2020 at 12:28 am

The observatory added that the Syrian forces had taken control over the highway after capturing a western suburb in Aleppo – the last opposition stronghold in Syria – as part of a military operation that was launched on 24 January with Russian and Iranian support.

The Syrian army, the rights organisation pointed out, had succeeded in recapturing about "160 areas in both Idlib and Aleppo since the start of its military operation so far." It noted that the army had taken control over 57 areas in the southern and western countrysides of Aleppo in recent days.

Last week, government troops announced its recapture pf Saraqeba – a strategic crossroads town where the M5 intersects with a main west-east highway. The latest advances by Syrian President Bashar Al-Assad's forces come after 13 Turkish troops were killed in the northwestern Idlib region over the past week, prompting some of the most serious confrontations between Ankara and Damascus.