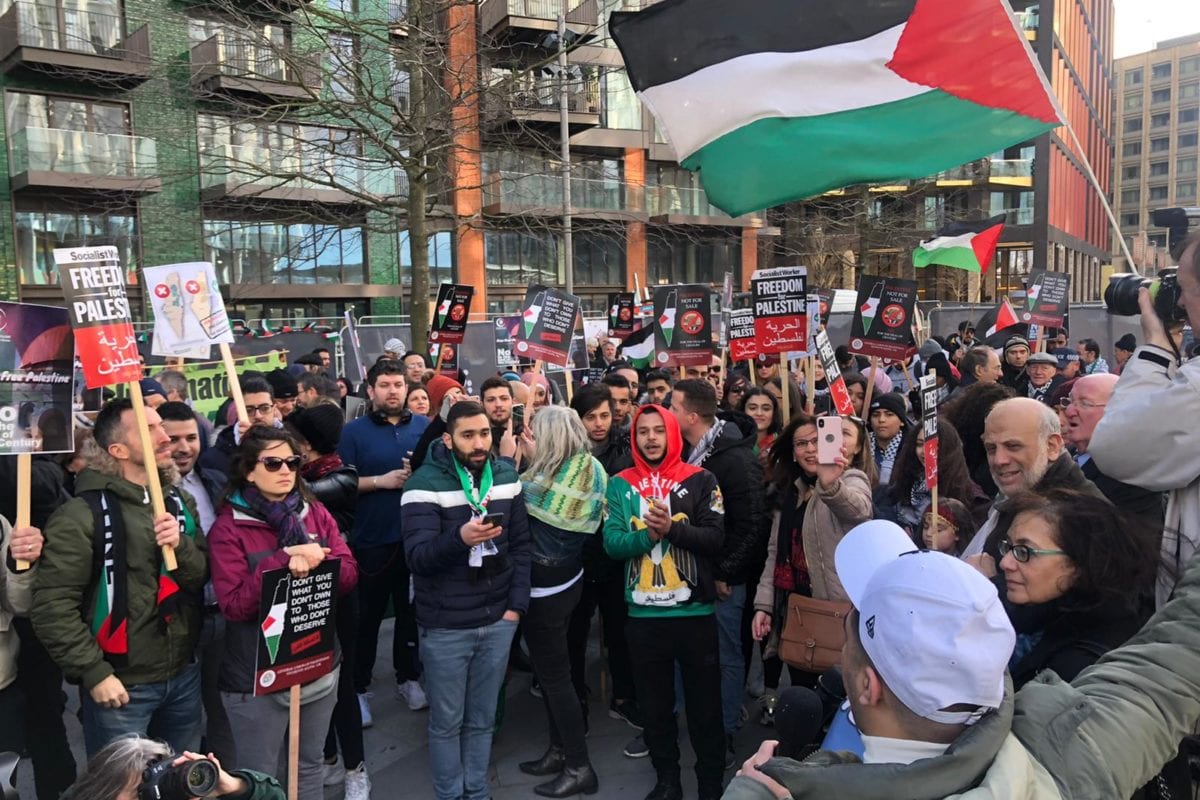 British protestors gathered outside the US embassy in London to decry Donald Trump's so-called 'Deal of the Century' on February 1, 2020 [organisers]
February 27, 2020 at 1:04 pm

Dozens of former European foreign ministers and leaders have slammed the Trump administration's so-called "deal of the century", describing its details as akin to "apartheid".

In a joint letter published today by the Guardian, the 50 European figures – including former prime ministers and senior ministers – urged action to oppose the plan.

"The plan contradicts internationally agreed parameters for the Middle East peace process, relevant UN resolutions, including security council resolution 2334, and the most fundamental principles of international law," it continues.

Instead of promoting peace, it risks fuelling the conflict – at the expense of Israeli and Palestinian civilians alike, and with grave implications for Jordan and the wider region.

"It has been met with widespread opposition in the region, in Europe, and in the United States."

The plan "allows for annexation of large and vital parts of the occupied Palestinian territory and legitimises and encourages illegal Israeli settlement activity", and recognises "only one side's claims to Jerusalem and offers no just solution to the issue of Palestinian refugees", the letter noted.

In strongly-worded language, the former senior officials describe the Trump plan as "a formalisation of the current reality in the occupied Palestinian territory, in which two peoples are living side by side without equal rights", adding that such an outcome has characteristics similar to apartheid."

The letter concludes with a call to action from "the international community, particularly the European Union", in order to "preserve the dignity and rights of the Palestinians, the future of Israeli democracy and the wider international rules-based order".

The letter was sign by former British foreign secretary Jack Straw, former UK cabinet minister and Foreign Office minister for the United Nations, human rights and the ICC Sayeeda Warsi, and a former representatives of France, Germany, Ireland, Italy, Norway, Sweden and Switzerland among others.