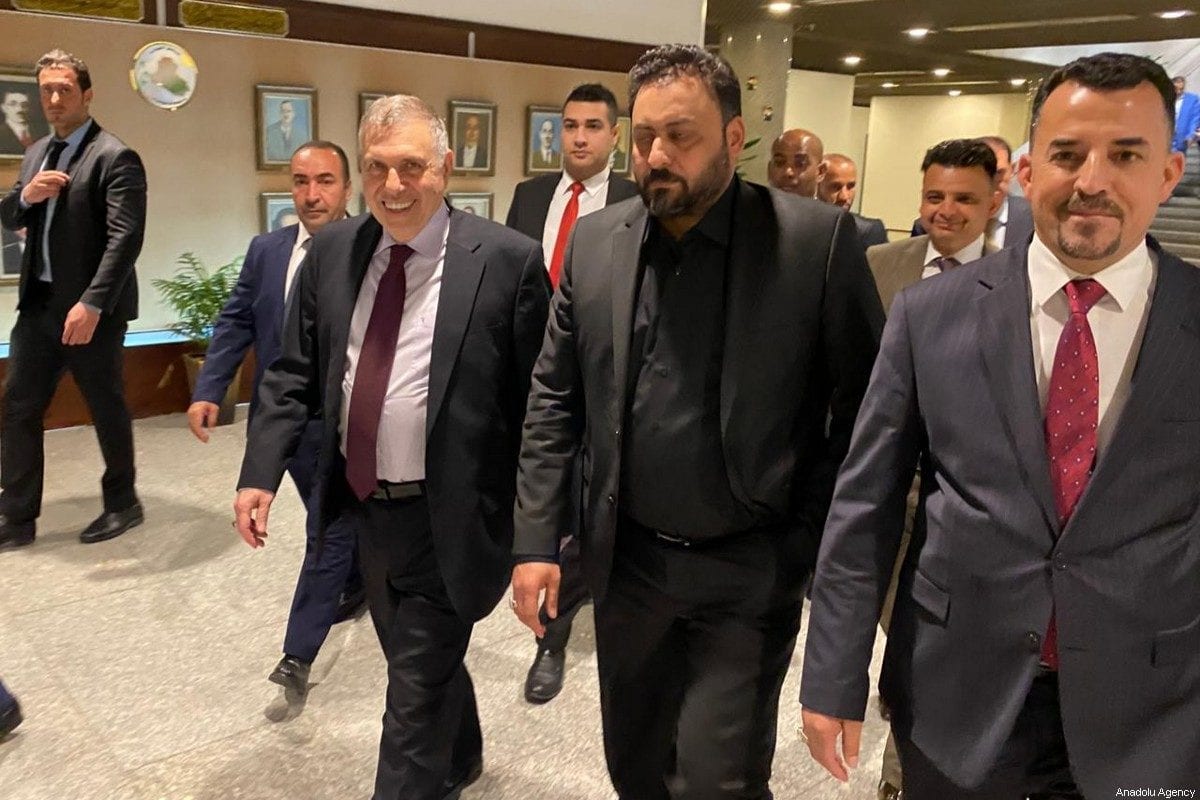 Prime Minister-designate Mohammed Allawi [left] is seen after the Iraqi parliament failed to hold a vote of confidence for the new government of Allawi as a quorum could not be reached in Baghdad, Iraq on February 27, 2020 [Murtadha Al-Sudani / Anadolu Agency]
March 1, 2020 at 3:41 pm

Iraq's parliament adjourned again on Sunday a session to approve the cabinet proposed by Prime Minister-designate Mohammed Allawi because of a lack of quorum, Reuters quoted a report by state TV.

Lawmakers had already on Thursday failed to agree on a new government, prolonging deadlock and delaying attempts to resolve unprecedented mass unrest and has stalled the country's recovery from years of war.

Political infighting and alleged widespread corruption have crippled Iraq's efforts to recover from two US invasions, sanctions and the war to defeat Daesh in 2017.

The country faces a mass protest movement that broke out in October and brought down former Prime Minister Adel Abdul Mahdi two months later. His cabinet has stayed on in a caretaker capacity.

The protests, which first demanded jobs and services, quickly turned into calls for the removal of Iraq's entire ruling elite. Protesters oppose Allawi because they view him as part of the system they want to bring down.

Lawmakers have until Monday to agree a cabinet or President Barham Salih will need to designate a new candidate for prime minister, according to the constitution.

Security forces and powerful militia groups have shot dead hundreds of mostly unarmed demonstrators. Around 500 people have been killed in unrest since October, most of them protesters, according to a Reuters tally from medics and police.

The number of protesters has reduced somewhat, but demonstrations continue on a daily basis.

Allawi issued a long list of promises when he was nominated this month: to hold early elections, punish people who killed protesters, end foreign interference and check the power of non-state armed groups – an ambitious programme for a prime minister who has no particular party behind him.

Abdul Mahdi became beholden to the interests of Iran-backed Shia Muslim paramilitary groups and other parties that have a strong representation in parliament and control government posts.

Government officials say Allawi's cabinet selection was heavily influenced by renegade Shia cleric Muqtada al-Sadr, who has gained from the general chaos in Iraq after the United States killed a senior Iranian commander in Baghdad in January.

Sunni and Kurdish political groups who stood to lose portfolios in a cabinet of ostensible independents have vehemently opposed Allawi's choices.