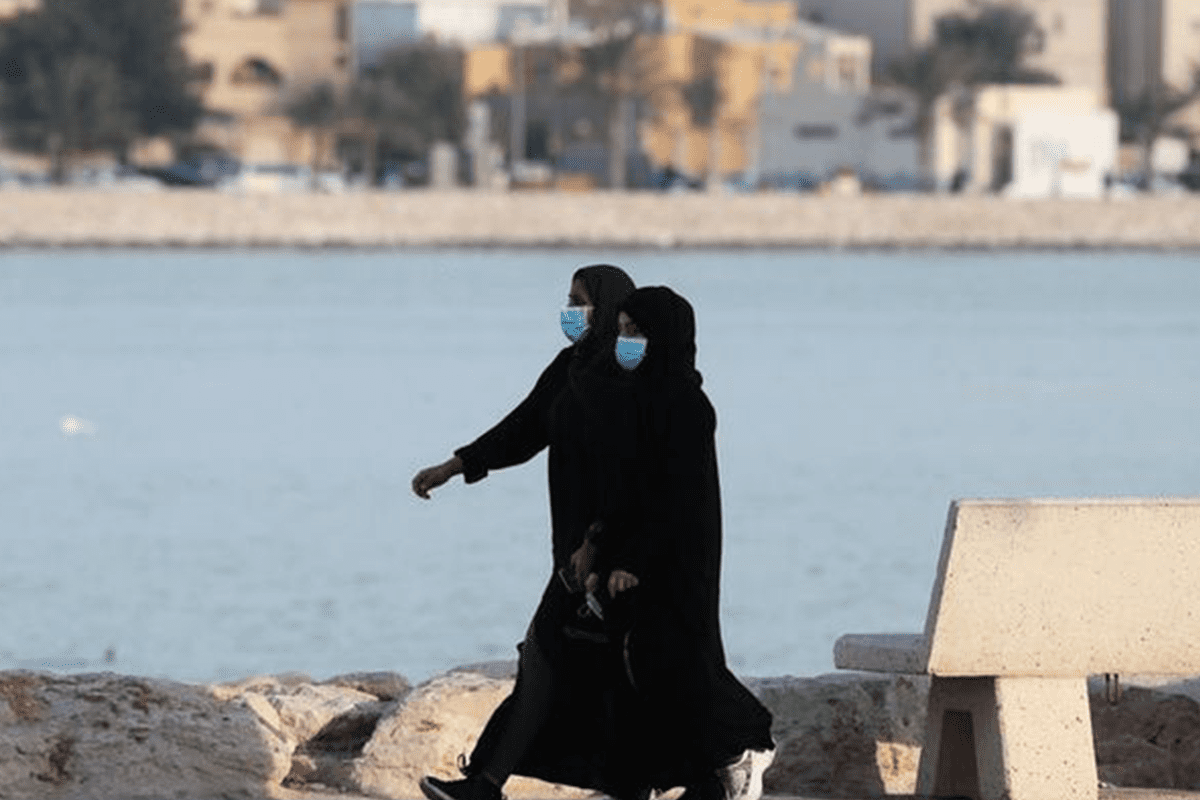 Women in Saudi wear medical masks as a precaution to protect themselves from coronavirus [Twitter]
March 25, 2020 at 3:11 pm

Saudi Arabia is set to expand its nationwide curfew starting from tomorrow, and has decided to implement a lockdown which will ban the entry to and exit from the capital Riyadh and the holy cities of Makkah and Madinah as part of measures to prevent the spread of coronavirus.

According to an official statement published by the Saudi Press Agency (SPA), "Residents of the 13 provinces of the kingdom will be banned from leaving them or moving to other areas," adding that the entry and exit from the three cities "will be banned in accordance with the limits defined by the competent authorities."

The lockdown is to take effect from 3pm tomorrow until the end of the 21-day curfew, which began on Monday, and is to be extended by four hours. The initial plan was that it would begin at 7pm.

Ever since the outbreak of the respiratory virus, which originated in China and spread into the Middle East last month, increased measures have been taken by countries in the region to tackle the pandemic, with measures ranging from the shutting down of schools and universities, congregational prayers at mosques no longer being held, and extended curfews and lockdowns in order to self-quarantine.

International travel has also been banned to many parts of the world more vulnerable to the virus.

This latest move comes a day after the first death from the virus in the kingdom – an Afghan resident aged 51-years-old – occurred yesterday in the holy city of Madinah. The overall number of infection cases within the country has been rapidly climbing, with the total number now being 900 with 29 having recovered and 869 still infected.

The first death reportedly came as a shock to many in the kingdom, particularly as it and the neighbouring Gulf countries quickly imposed strict preventative measures since the news of the outbreak spread.

One of the strictest and most momentous measures it enforced was the suspension of the Umrah pilgrimage of which millions attend yearly and the banning of public congregational prayers in all mosques including the grand mosques in Makkah and Madinah.

Opinion: The Arab states need to be completely honest about coronavirus