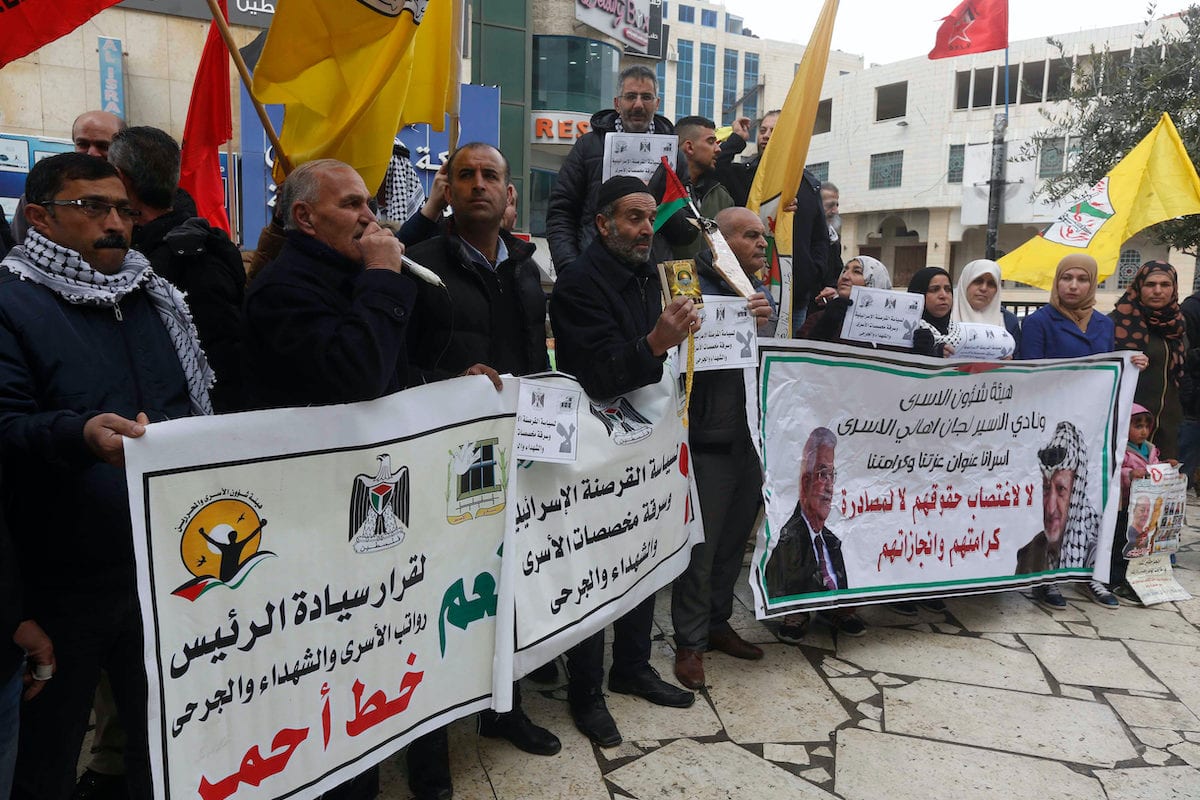 Palestinians take part in a protest to solidarity with Palestinian Prisoners in the West Bank city of Hebron, on February 19, 2019. [Wisam Hashlamoun/Apaimages]
May 8, 2020 at 8:37 pm

Palestinian leaders on Friday vowed to defy a new Israeli military order which they fear could lead to the confiscation of money destined for prisoners, their relatives and the families of those killed in unrest, Reuters reports.

Israel has long sought to end the payments, made by the Palestinian Authority to around 11,000 individuals and families. The Palestinians consider them stipends for victims of Israeli occupation, but Israel calls the payments a reward for violence.

With a new Israeli military order set to take effect on Saturday threatening fines and jail for anyone who facilitates such payments, Palestinian banks had begun shutting down the accounts of some prisoners and their families in recent days.

The prisoners and families are seen as heroes by many Palestinians, and the decision by banks to shut their accounts drew a backlash. Two branches of one bank, Cairo Amman Bank, were attacked overnight; one torched and another fired on by gunmen.

Stepping into the fray on Friday night, Palestinian Prime Minister Mohammad Shtayyeh said banks had agreed to reopen the accounts.

Report: Israel arrested 1,500 Palestinians since the beginning of this year

"Families of prisoners can activate their bank accounts starting from Sunday," he said in a statement. "We reject the Israeli threats to banks over the allocations of prisoners and martyrs, and we will not submit to them."

Israel's military said in a statement that the order expands its authority to seize assets received from committing a security offence. It did not comment on whether banks specifically would face penalties.

The Association of Banks in Palestine defended the account closures as intended to protect prisoners' assets from seizure and to defend the banks and their employees from Israeli punishment. The group called on the PA to find another method to make the payments.

Samer Bani Odeh, a 51-year-old released in 2011 after 16 years in Israeli jail for membership in an armed group, said Cairo Amman Bank had told him his account was being closed. The bank did not respond to a Reuters email seeking comment.

"A bank manager in Nablus sat with us (a group of prisoners) and said: we apologise, but we have to close your accounts. This is outside our control," Odeh said.

Fourteen banks operate in the West Bank, at least four of which had moved to close accounts, according to the Palestinian Prisoners Club, which represents prisoners.

The Palestinian Authority has limited self-rule in parts of the West Bank, land occupied by Israel since a 1967 war and home to nearly 3 million Palestinians.

As part of the dispute over the stipends last year, Israel said it would deduct the value of some of the payments from taxes it collects on the Palestinians' behalf. The PA responded by rejecting any funds collected by Israel, giving up half of its budget. 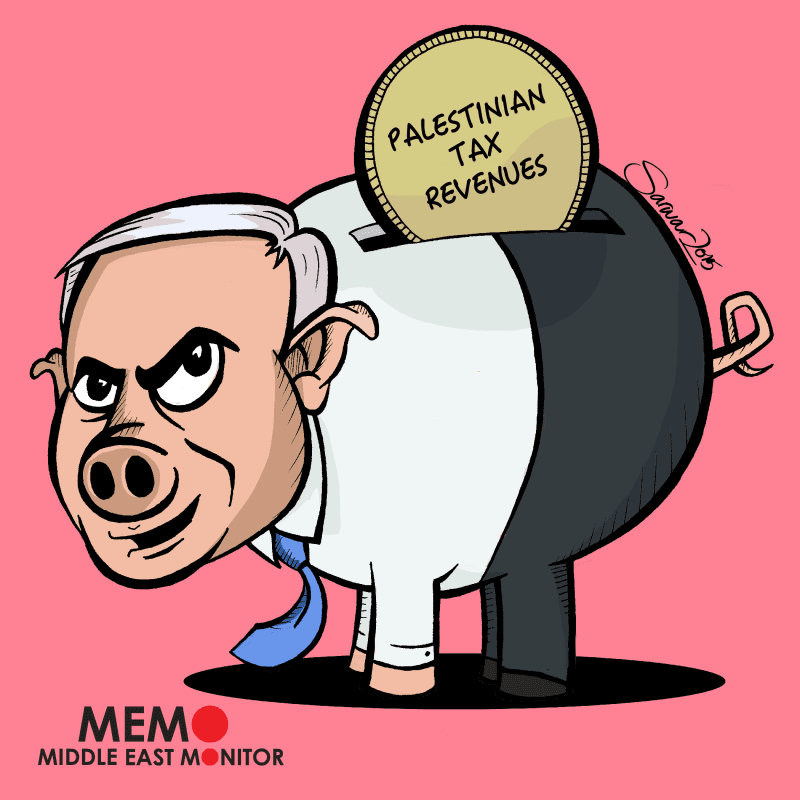