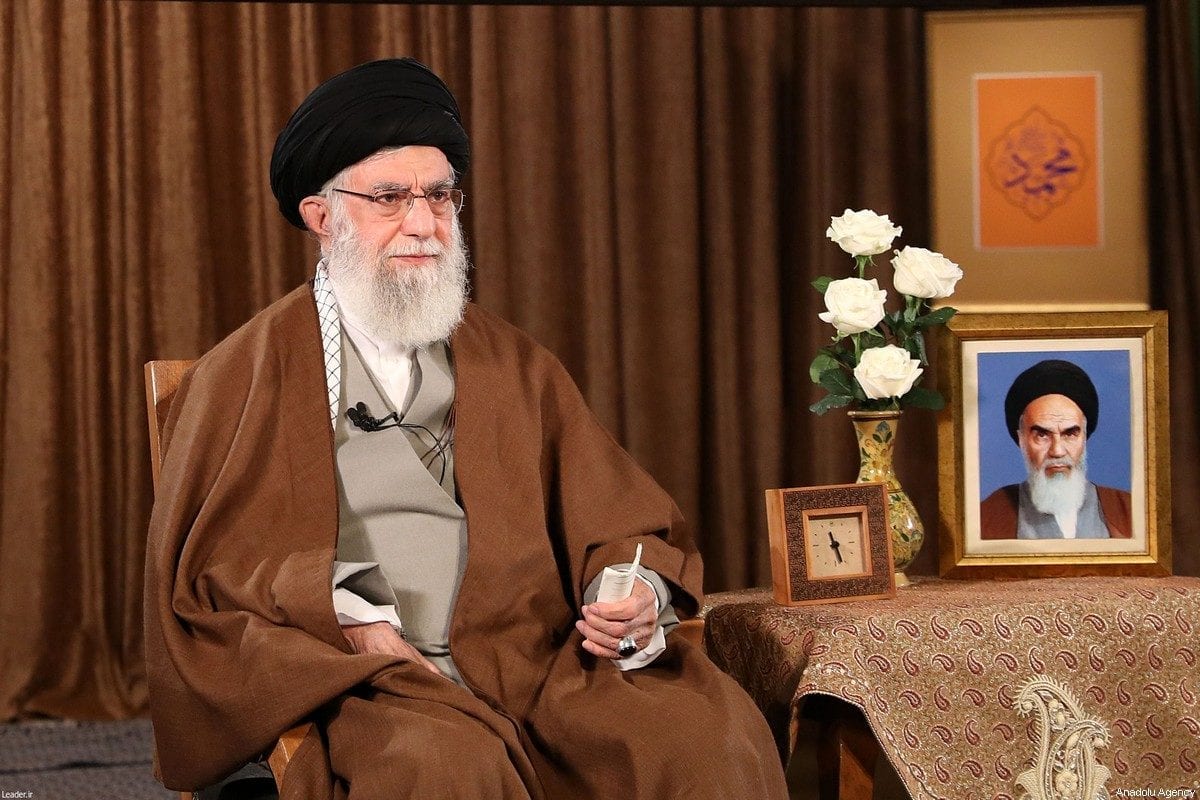 "Today, some Persian Gulf states have committed the biggest treachery against their own history and the history of the Arab world," Khamenei wrote on his official Twitter account.

He added: "They have betrayed Palestine by supporting Israel. Will the nations of these states tolerate their leaders' betrayal?"

"These Arab states around us should know that the US is not trustworthy. The US regards them as tools, tools for protecting the Zionist regime and US's imperialistic interests in the region."

Iran's leader continued: "The Zionist regime has no power or strength on its own. Without help, it cannot even stand on its feet." Explaining that "two factors are upholding this regime: 1. US's unconditional, shameless support. 2. Arab and Islamic govts refraining from supporting #Palestine."

"The Saudis have committed a major act of treachery. They are culpable, but even here the US is involved."

Saudi's blatant relations with the Zionist regime is truly a dagger that has stabbed #Palestine and the Islamic nation. The Saudis have committed a major act of treachery. They are culpable, but even here the US is involved.

He accused Israel of being the source of terror in the world. "The Zionist regime is the most evident example of state terrorism. Ever since Britain's anti-Islamic, antihuman policies put the Zionists to rule in #Palestine, they have been acting like a cancerous tumor, furthering their goals by massacring children, women and men."