Israel should be worried about the global uprising against racism 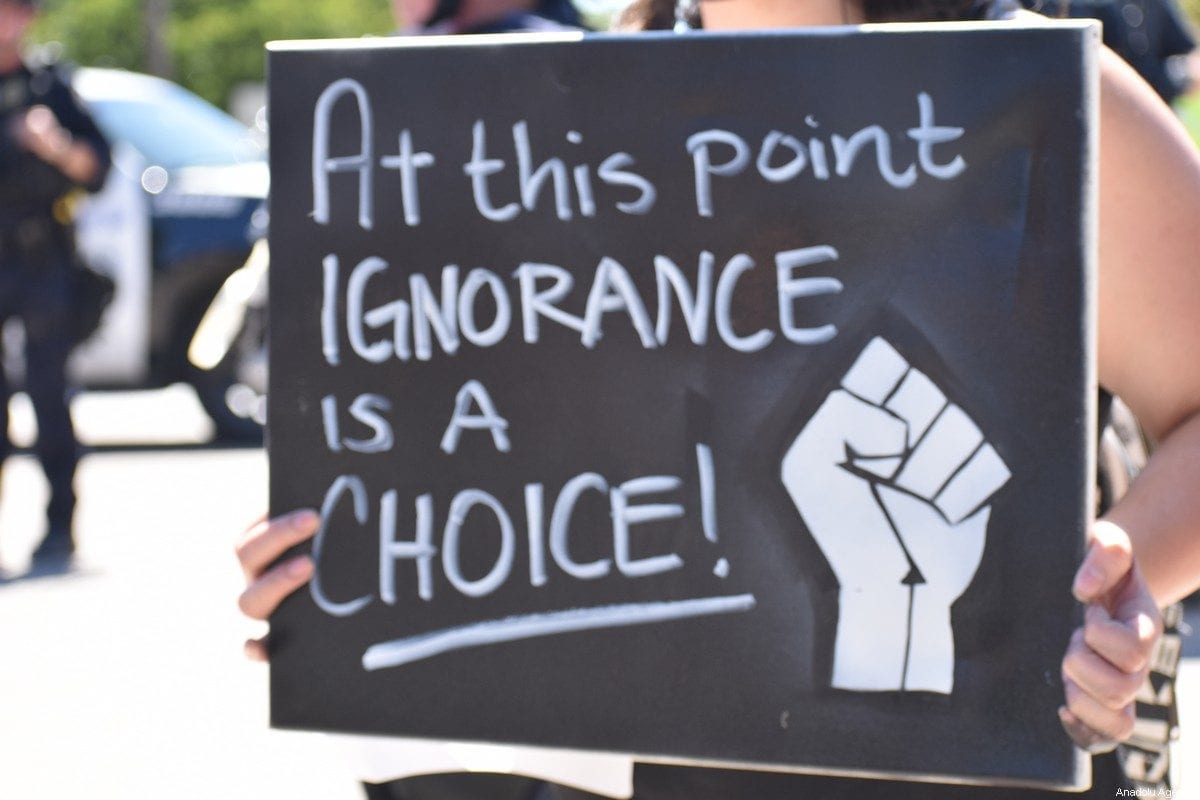 A protester at the Black Lives Matter protest in Dallas, Texas, on 11 June 2020 [Kyle Mazza/Anadolu Agency]

Israel should be worried as it watches the global uprising against racism and racial discrimination. It should fear for its future as it sees symbols of slavery, racism and ethnic cleansing fall in the United States and Europe. It should be taking serious notice of the popular revolution against the historical narrative imposed by victorious white men after their wars against indigenous peoples and nations.

Why? The founding narrative of the State of Israel is no different to that of the colonial enterprise behind the current global superpower, the United States of America, where immigrants and adventurers seized land through the barrels of their guns. Whether they were there searching for a better life, or criminals fleeing from justice, they combined to threaten the very existence of the indigenous people and exposed them to genocide and ethnic cleansing. Those who survived were forced into reservations and ghettos, like so many endangered species.

There is no official recognition of this crime; no formal apology; and no reparations or compensation for the children and grandchildren of the victims. Quite the opposite, in fact. Monuments glorifying the people behind the massacres and atrocities are erected and revered, from Christopher Columbus to the slave owners and those who led the conquering armies.

The 'Palestinian Chair': Exposing Israel's direct role in US violence

There is no fundamental difference between this history and the founding narrative of Israel. Immigrants and adventurers have entered Palestine from the end of the nineteenth century and have not stopped coming. Massacres and ethnic cleansing of the indigenous population followed as surely as night follows day. The founding myth that this was "a land without a people [Palestine] for a people without a land [the Jews]" is a lie.

There is daily enslavement of cheap Palestinian labour, and a system of racial discrimination in every aspect of daily life at the hands of Israel. The rights of the people in their own land are denied at every level, while colonial-settlers seize more land and build their illegal settlements. Israel's US-sanctioned annexation of ever more Palestinian land reflects its expansionist ideology — Zionism — just as the native Palestinians reflect the plight of the native Americans, and their proposed non-contiguous population zones reflect the native reservations across the US, ghettos by any other name. 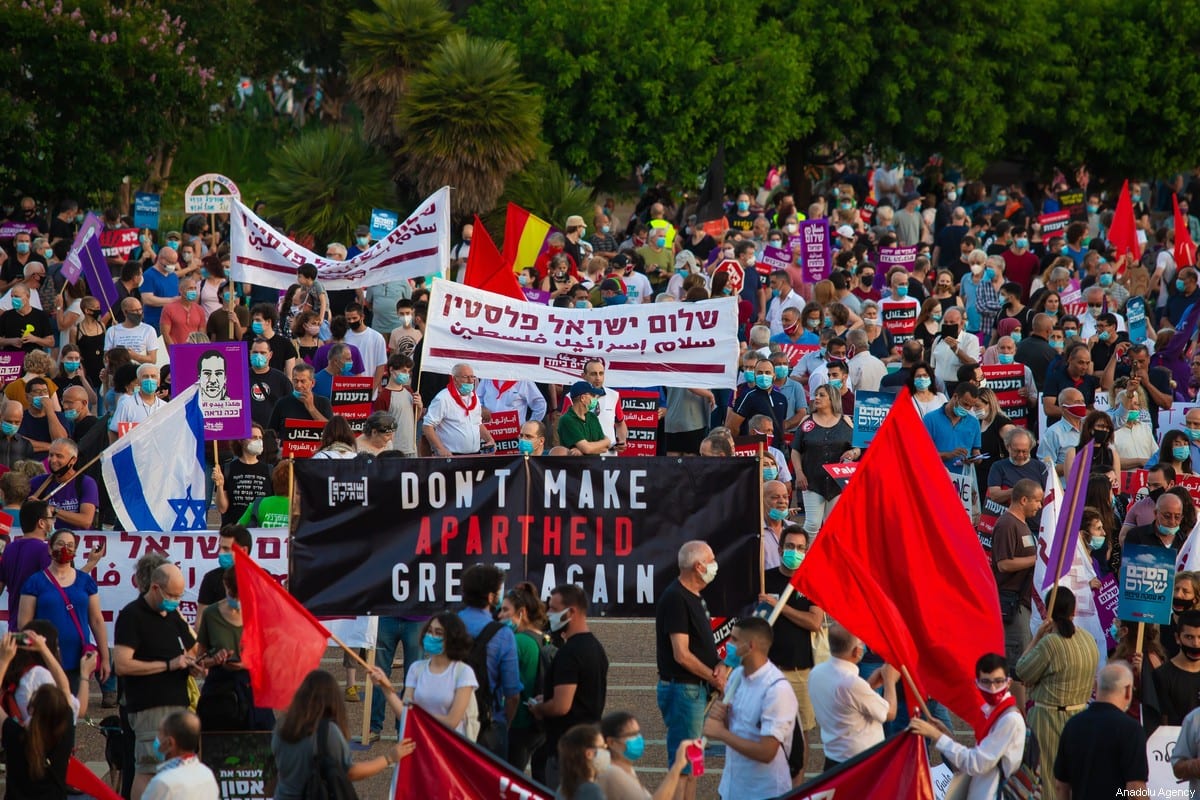 Israelis gather to stage a demonstration to protest against Israel's annexation plan for the illegal settlements in West Bank and Jordan Valley, in Tel Aviv on 6 June 2020 [Mostafa Alkharouf / Anadolu Agency]

As statues of racists and slavers fall in US and European cities, Israel must fear the collapse of the idols it has built in the minds of Europeans and Americans who pay respect bordering on worship to its founding fathers and leaders.

READ: Black lives should matter in the Middle East too, so where is the rage?

Not only does Israel need to be worried about its history and narrative as the West is starting to address its own dark past, but it should also be worried about its future. Its plans and "solutions" for the "Palestinian problem" are racist in very ugly ways. The world no longer has any tolerance for racism; George Floyd's murder wasn't the first, and may not be the last, but it was certainly the straw which has broken the camel's back. Racism is now a dirty word, more so than before, and the world will soon be disgusted by Israel's racism.

The protests in America and Europe are more radical than those before. People are not satisfied with condemning racist policies and practices, nor are they looking simply to reform the police and justice system. They are not talking about equal citizenship or demanding it for everyone without exception. Rather, the protesters are digging deep into history to the root of the racism problem. It is probable that we will see a wave of new historians in the West, who will rewrite the history of their countries.

Such historians may well include Israel within their remit, founded as it is on terrorism and the ethnic cleansing of the indigenous population. They will refute the official racist, colonial narrative and replace it with a more objective version of history. We may then see Arabs and Jews rushing onto the streets and squares to overthrow the symbols of aggression and enslavement that are Israel's racist idols.