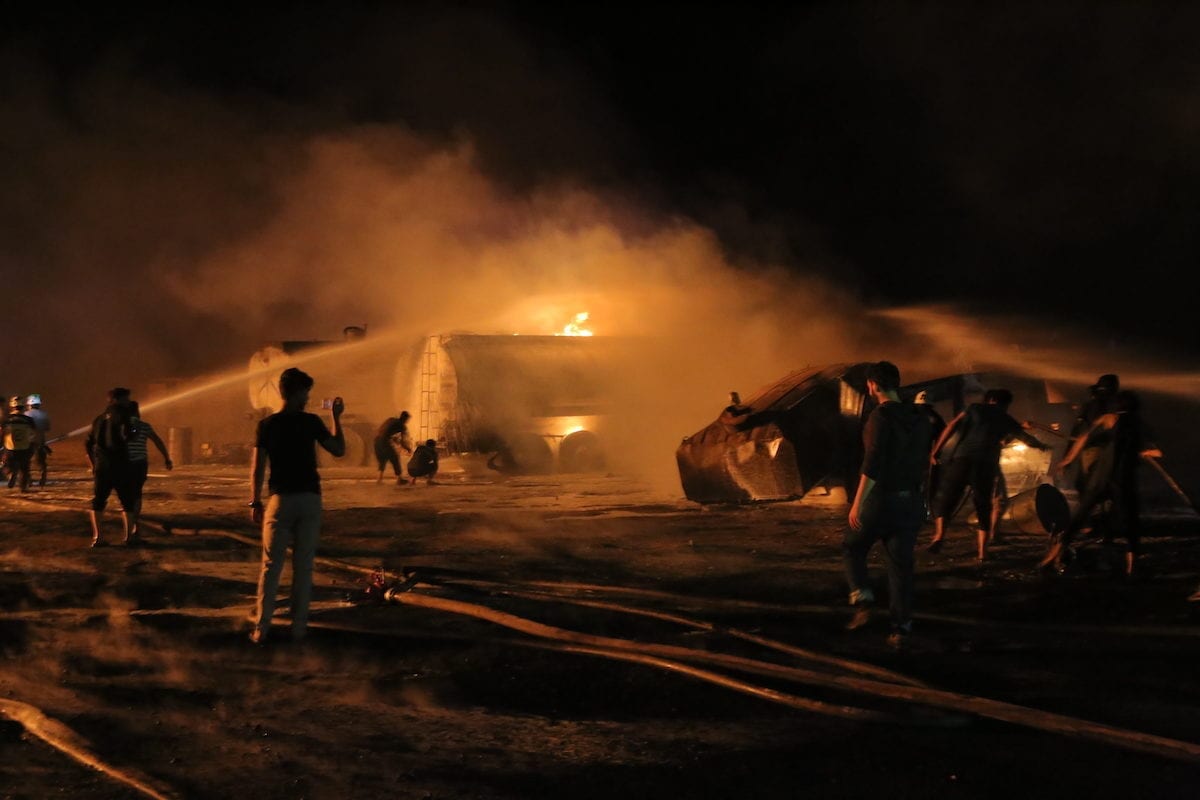 Firefighters try to extinguish a fire triggered after a bomb planted in a diesel fuel tanker detonated in al-Bab district in northern Syria on 16 June 2020. [Mustafa Bathiş - Anadolu Agency]
July 1, 2020 at 9:00 pm

More than 1,000 civilians, including 218 children and 113 women, were killed in Syria in the first six months of the year, mostly as a result of bombings, a rights group said on Wednesday, Anadolu reports.

Of the total 1,006 civilians killed, 289 died at the hands of forces of the Bashar al-Assad regime and Iran-backed foreign terrorists, including 64 children and 24 women, while Russian forces killed 205 civilians including 62 children and 48 women, said the report released by the Syrian Network for Human Rights (SNHR).

Meanwhile, the report said 34 civilians, including eight children and one woman, were killed in attacks carried out by the YPG/PKK terrorist organization.

READ: Netanyahu warns Assad to keep Iran out of Syria or 'risk the future' of his regime

While seven civilians, including one child, were killed by Daesh/ISIS, some 26 died at the hands of armed anti-regime groups and factions of the armed opposition, it said.

The report also documented the killing of 436 civilians, including 82 children and 38 women, by unidentified parties.

Among these were three media staff, as well as 12 health workers and members of the White Helmets civil defense group.

Syria has been ravaged by a civil war since early 2011, when the Assad regime cracked down on pro-democracy protesters.

Hundreds of thousands of people have been killed and more than 10 million displaced, according to UN estimates.