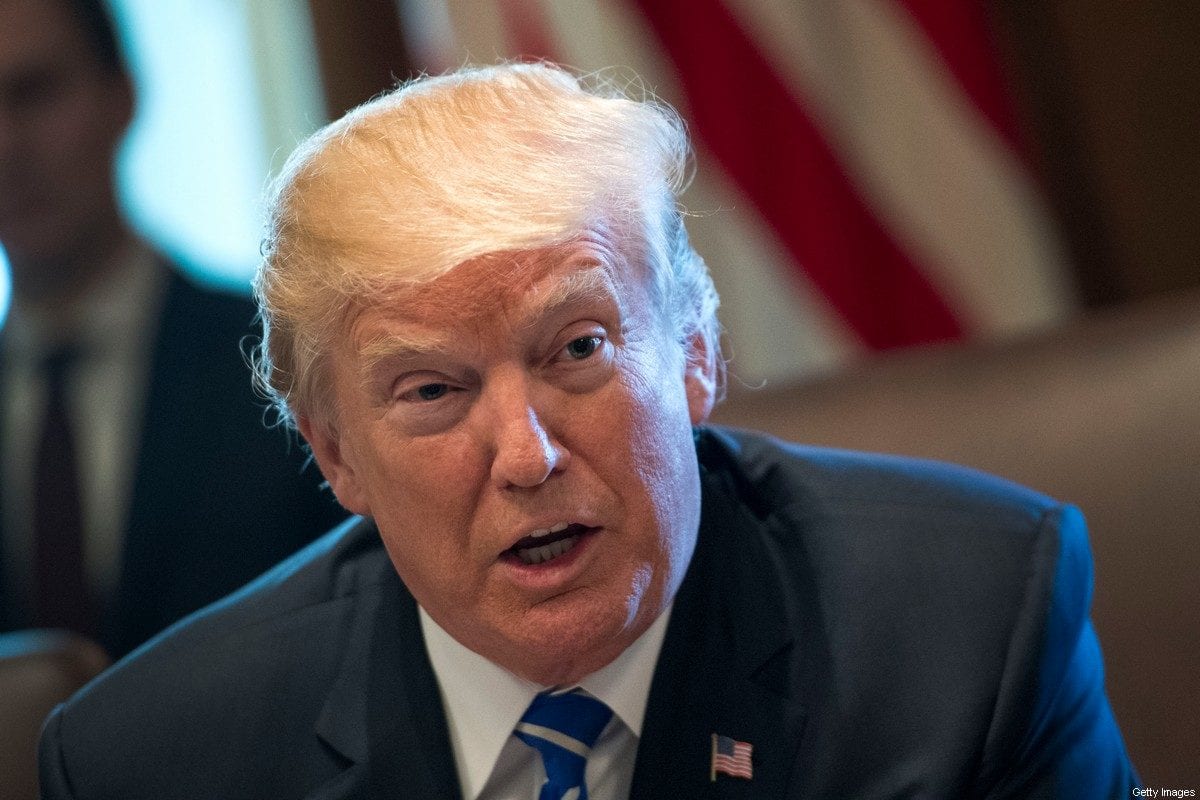 US President Donald Trump speaks to the media during a cabinet meeting at the White House on 29 November 2017 in Washington, D.C. [Kevin Dietsch-Pool/Getty Images]
July 5, 2020 at 11:35 am

In an interview with Italian daily "Il Fatto Quotidiano", Borg said Trump stopped the implementation of the annexation plan as "he doesn't have time to help Israeli Prime Minister Benjamin Netanyahu in implementing the annexation of the West Bank and Jordan Valley".

He described both Netanyahu and Trump as suffering from a "narcissistic paranoia, with no scrupulous and ethics who are ready to roll over anyone to save themselves and remain in power".

John Bolton: 'Second term for Trump a danger to Israel'

When asked about another expected date for implementing the annexation plan, Borg said it is "very difficult, if not impossible, to set expectations to the annexation, because there is no transparency in this plan, no one knows its details."

Netanyahu has vowed to start annexing all settlement blocs and the Jordan Valley in the occupied West Bank as of July 1.

The move, however, appears to have come to a halt in light of widespread international rejection of the plan along with differences with the US administration on its application.

International law views both the West Bank and East Jerusalem as "occupied territories" and considers all Jewish settlement-building activity there as illegal.