Why did Netanyahu pull back on annexation? 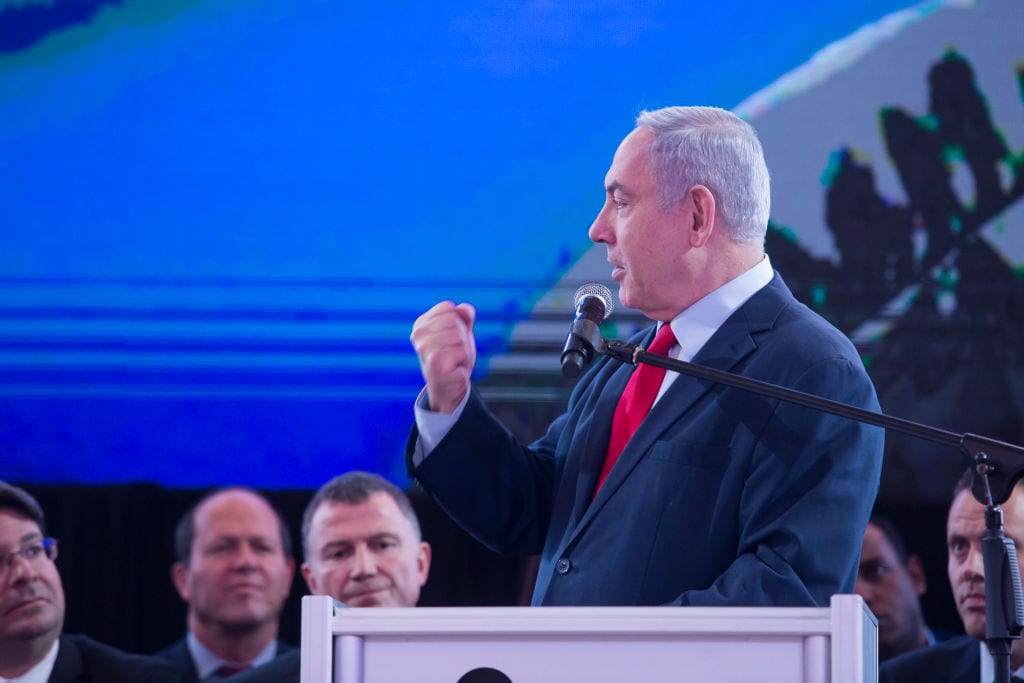 Israeli Prime Minister, Benjamin Netanyahu, delivers a statement to the press during a Likud Party meeting on 1 March, 2020 in the city of Lod, Israel [Amir Levy/Getty Images]

Despite the opposition of many Israeli officials and world leaders, Israeli Prime Minister Benjamin Netanyahu appeared to be determined to push ahead with his annexation of large parts of the occupied Palestinian West Bank on 1 July. However, the date set for the annexation process to begin came and went, and nothing happened.

Commenting on Netanyahu's failure to start the annexation, former Knesset member Aryeh Eldad said, "I want to say something to all admirers of Netanyahu, who were confident he was to impose Israel's sovereignty on 1 July; this bling admiration is a personality cult. It is the way that was admired by Stalin."

Reported by Ynet News, Israeli MK Ayelet Shaked said: "Gantz and the Arabs overpowered Netanyahu and thwarted the application of Israeli sovereignty to the region… July 1 will probably be remembered as the beginning of summer vacation and not the date when an historical move was made." She told other media outlets that it was her wish that Netanyahu will exploit what's left of Trump's term in office to implement Israel's sovereignty over parts of the occupied Palestinian West Bank.

There have been many analyses of why the annexation did not happen when Netanyahu had promised it would. "Netanyahu has done an exceedingly poor job explaining his thinking, which may be responsible for the proliferation of theories trying to explain it," said Haviv Rettig Gur in the Times of Israel. He criticised the unilateral annexation — as did the US administration — and pointed out that it was likely to reduce the number of Israel's supporters.

"A unilateral annexation will make it harder for Israel's longtime defenders to continue to insist that the Jewish state seeks peace with intransigent Palestinians. Israel, its detractors will say, was only ever interested in expanding its hold in the West Bank and has no intention of letting the Palestinians live free of Israeli control."

According to Alex Fishman in the Hebrew daily Yedioth Ahronoth, the opposition of Defence Minister — and Prime Minister-in-waiting — Benny Gantz, who maintains an open channel with US President Donald Trump's close aide, advisor on the Middle East and son-in-law, Jared Kushner, was one of the reasons for the delayed implementation of Israel's annexation plan.

Other reasons, suggested Fishman, included Hamas threats to fire rockets from Gaza, Trump's declining enthusiasm and the failure to discuss the annexation with the Cabinet. Moreover, senior Israeli defence officials believed that Netanyahu's dream was unrealistic. Fishman described the annexation as "the failure of the century".

Israeli Channel 7 TV said that Israel was not afraid of the Palestinian Authority's threats because it believes that the PA will never resort to arms to stop annexation. However, the belief in Tel Aviv is that the PA does not have full control over the fighters in the militant Tanẓīm faction of Fatah who might turn their guns on Israel. Channel 7 added that popular action which might be allowed by the PA may cause instability in the occupied West Bank and spread chaos, which would pose a threat to the Jewish settlers. An armed confrontation between Israel and the Palestinians in the occupied West Bank, is a possibility, claimed the TV station. Furthermore, it pointed out that the leader of Hamas in the Gaza Strip, Yahya Al-Sinwar, could also order his members to take action, not only in Gaza, but also in the occupied West Bank and inside Israel.

Also in Ynet News, Israeli-American journalist and political writer Orly Azoulay said that the delay in the annexation process was a result of Trump's ongoing domestic battles. "As he is fighting what may be the final battle of his political life, Israel's annexation of parts of the West Bank is the last thing on Trump's mind," she wrote. She cited the US President's failure to handle the Covid-19 crisis, which is breaking new records, and the mass demonstrations that followed the murder of George Floyd in Minneapolis. The protests are still growing and taking different shapes, "all critical of the president."

The vice president of the Jerusalem Institute for Strategy and Security (JISS), referred the delay of the annexation to the decline of the American empire. "American hegemony is crumbling before our eyes," Dr Eran Lerman told the Times of Israel.

That reason, though, is why Netanyahu insists on the annexation at this time, believes Haviv Rettig Gur. Netanyahu and his camp think that with American power being "in retreat" the time for annexation has to be now. "Because our enemies are on the rise; because our allies won't really abandon us, since they need us just as much as we need them; and because if we don't 'put the car on the road' – move from theory to practice on a question of existential significance for our future – no one else will."

As more theories and analyses are put forward about the delay or even cancellation of the annexation plan, on thing is certain, says Said Bsharat, a Palestinian specialist in Israeli affairs. "It is the US, not Israel, which decides Israel's policies. It is not Netanyahu or Gantz, but the US administration." And Washington, he added, is simply not interested at the moment.