Kushner to join inaugural flight between Israel and UAE 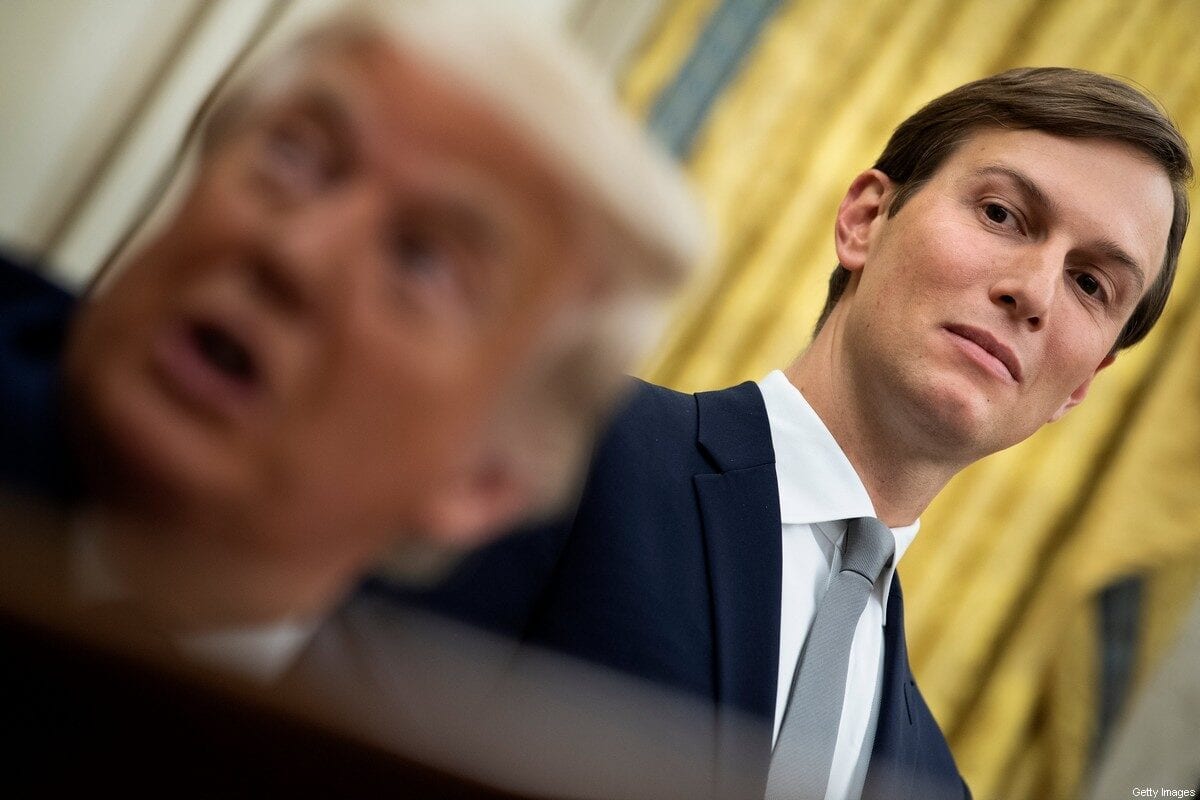 Having failed miserably to deliver the much hyped "deal of the century", Jared Kushner banked his political reputation on the normalisation of relations between the UAE and Israel. Next week, the 39 year old son-in-law of US President Donald Trump will join the first commercial flight from Tel Aviv to Abu Dhabi.

Kushner will be joined on board by national security adviser Robert C O'Brien. Both will escort Israeli government and business representatives on the inaugural flight to the UAE, a senior US official has said.

The flight is being arranged even as Israel and the UAE try to sort out the details of the agreement which has sparked controversy in the occupation state and around the Muslim world. Despite the normalisation of relations between the two countries, there is an ongoing debate about whether or not the UAE can be trusted enough to buy Israeli weapons.

The F-35 fighter jet has been a major target for Abu Dhabi. Getting its hands on such an advanced combat aircraft was one of the reasons for signing up to the Kushner-led initiative. The White House advisor is reported by the Washington Post as saying that the State Department and the US military are "looking at" the possibility of the UAE purchasing the F-35. Such a possibility has sparked controversy in Israel, with Prime Minister Benjamin Netanyahu forced to deny that the Zionist state had made any concessions in respect of selling high-end weapons to the Gulf state.

READ: New US move to push Saudi Arabia to normalise relations with Israel

Although it's likely that the UAE will get its hands on such aircraft, America is legally obliged to ensure that Israel has a qualitative military edge in the Middle East. No peace agreement or normalisation of ties is likely to change this concept, which has been enshrined in US law since 2008.

Having rewarded Israel with normalisation for merely pausing its plan for further illegal annexation of occupied Palestinian territory, instead of moving forward a peace process or bringing the occupation to an end, the UAE may have expected to be afforded greater trust if not complete parity with the Zionist state. This, however, remains a pipe dream, even for a state which has "normal" relations with Israel.