There are winners and losers in normalisation with the occupation state 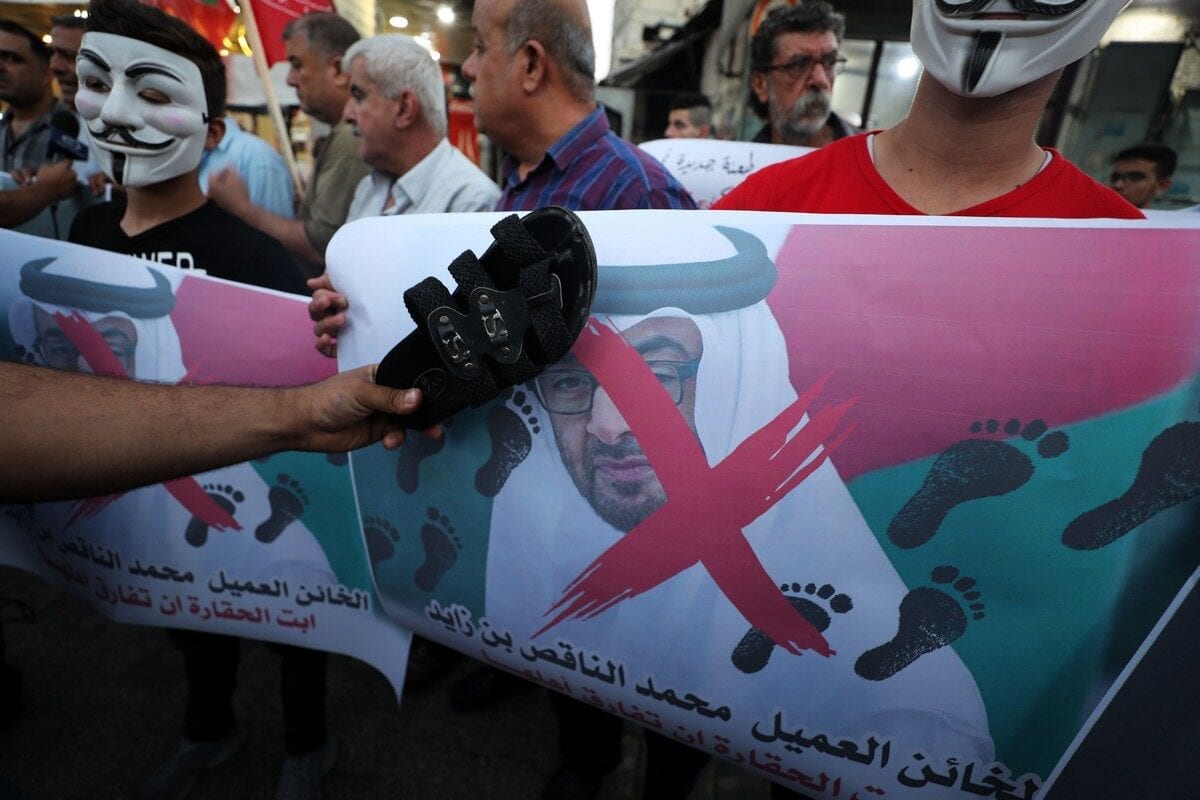 Palestinians take part in a protest against the UAE's deal with Israel to normalise relations, in Gaza on 16 August 2020 [Mahmoud Nasser/ApaImages]

Official statements from Israel and the United Arab Emirates regarding their agreement to normalise relations are intended to make the deal acceptable in terms of its objectives, who benefits from it and the strategic implications for the Palestinian issue and the region. "Security" is obviously pushed as the most important of these objectives, even though one of the signatories to the deal is an occupation state committing war crimes and human rights violations on a daily basis.

Those on the receiving end, the Palestinians, are involved in a legitimate struggle for their freedom and rights, which are enshrined in international laws and conventions. Normalisation is ongoing, despite this obvious injustice.

There are vested interests involved in all of this. The UAE, for example, wants to buy advanced F-35 jet fighters from America, which Israel opposes, but Washington wants to claim the credit for normalisation in the run up to the presidential election in November. F-35s are the bait in the trap, and the UAE has fallen for it. The US will now have to give Israel even more support in order to maintain its qualitative military superiority in the Middle East.

The next candidate on the list for normalisation is Sudan. The bait dangled in front of its leadership is the lifting of US sanctions and removal of Khartoum from the "supporters of terrorism" list.

READ: Palestinians need to discard and disregard US and international misrepresentations

Normalisation agreements thus meet the needs of the Trump administration and the Israeli government. They improve Donald Trump's chance of electoral success and a second term in office, while Israeli Prime Minister Benjamin Netanyahu is looking for a lifeline following his trial on corruption charges. Right-wing support for him has declined, weakening his position in a coalition government. There have also been demonstrations in Israel in protest at his handling of the coronavirus pandemic. Others are critical of him seeking to establish relations with Arab countries to end Israel's isolation in the region.

Observers suggest that Sudan will only have a few benefits from normalisation with Israel, limited to technological and scientific assistance, as well as intelligence sharing and perhaps new channels of communication with the White House. Sudan will be within the Zionist fold and unable to adopt the more usual pragmatic alliances for bargaining chips to manage its various crises. Yet again, Israel will be the all-round winner, pulling together more regional states into an anti-Iran and anti-Turkey axis.

Regardless of the nature of Israel's relations with regional countries, though, it is the Palestinians who will lose out the most due to normalisation. Indeed, their cause will no longer be a political issue centred on human rights, and a central cause for Arab and Islamic nations, but rather a security issue that concerns the Palestinians alone. 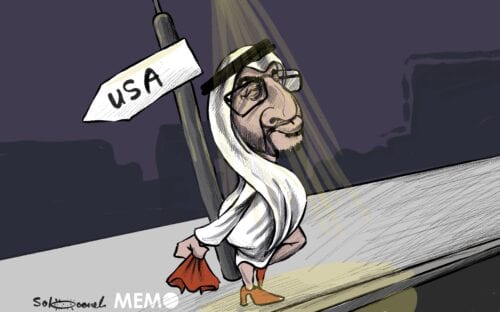 Israel's intention for normalisation is clearly for economic gains and political and military hegemony. No matter what the Arab states might get from these agreements, US law makes it incumbent upon America to make sure that Israel remains on top in the region. This was seen after Israel signed treaties with Egypt in 1979 and Jordan in 1994.

There are some serious ethical and moral issues involved here, not least the bypassing of established international laws and conventions at the expense of a people deprived of their legitimate rights in full view of the world's media; all of the politicians and commentators can see what is happening, but choose to ignore it. Israel's "security" takes priority over everything, human rights and international law included. The US, Israel's allies in the West and now regional states are all complicit in this. In the meantime, Israel's US taxpayer-funded occupation and colonisation of Palestine continues unabated.

Israel has granted itself a degree of "exceptionalism" which has been accepted by the international community — the euphemism for the United States and the West — allowing it to act with impunity. It also means that Israel is allowed to have nuclear weapons while working aggressively to ensure that Iran, for example, or other regional powers are prevented from even having nuclear power for entirely peaceful purposes. While possessing one of the best equipped armed forces in the world, Israel and its lobbyists have also managed to convince governments that it faces an existential threat from the largely civilian population of the Gaza Strip. Hence, it is allowed to launch vicious military offensives against the Palestinians in the name of "self-defence", which is an outrageously untrue claim.

The reality is that treaties and agreements with Israel are worthless, because the occupation state never fulfils its own obligations under such deals, whereas it is the Arabs and, especially, the Palestinians who must make concession after concession until there will be no more to concede. Israel wants as much of Palestine as possible, and will do everything it can to achieve its goal of "Greater Israel" across the region. Normalisation is part of this process.

Nevertheless, despite all of this, Israel remains a fragile state, aware that its presence in the region on land that it continues to steal from the indigenous population is not permanent; that injustice never succeeds in the long run. Its political leaders are afraid to travel to many countries where the principle of universal jurisdiction still counts for something and they could be arrested for war crimes. They should take more notice of the people they are oppressing and learn from them that they will not be silent in the face of the occupation and the usurpation of their legitimate rights.

Israel markets illusions of a fake "peace for peace" deal that perpetuates the deprivation of the rights of others and their displacement, and yet real peace is impossible without justice. That has been the case throughout history and remains so today. Israel and its allies are caught in this cycle like the rest of us, and they know for certain that changes must be made before they too perish to be replaced by someone else. Ultimately, whatever happens, they will be among the losers.