Why has the US ambassador's 'misquoted' comment angered the Palestinians leadership? 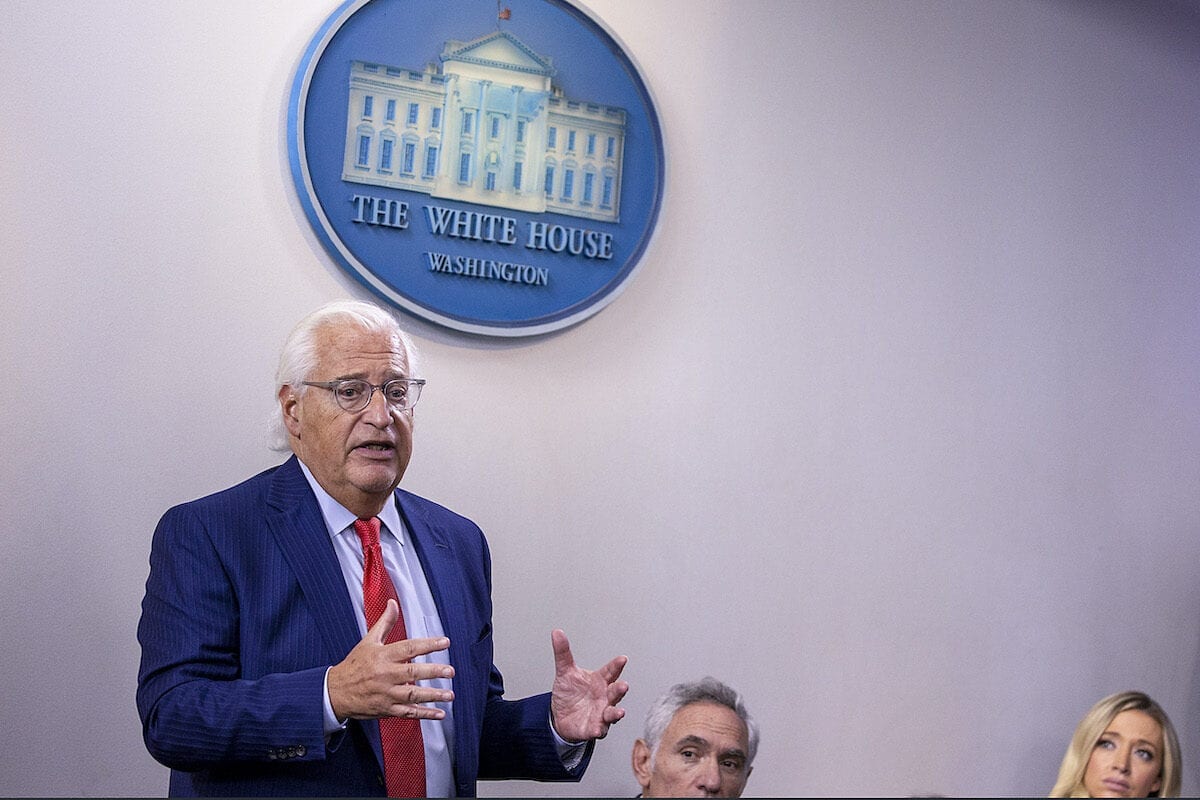 David Friedman, US Ambassador to Israel speaks during a briefing at the White House 13 August 2020 in Washington, DC [Tasos Katopodis/Getty Images]

A right-wing Israeli daily close to Prime Minister Benjamin Netanyahu has misquoted US Ambassador David Friedman saying that Washington is thinking about replacing Palestinian Authority President Mahmoud Abbas with the once-disgraced Fatah security official Mohammed Dahlan. Israel Hayom's Ariel Kahana apparently asked Friedman whether the US could like to appoint Dahlan as the next Palestinian leader to which he is said to have replied, "We're thinking about it."

This prompted an angry responses from the Palestinian leadership in Ramallah. Almost every senior Abbas aide has issued a statement condemning this quote and slamming US interference in the internal affairs of the Palestinians.

They have also launched a smear campaign against Dahlan and his "satanic" plans to harm the Palestinian cause. He was accused of engineering the UAE-Israel normalisation deal and described as the servant of Crown Prince Mohammed Bin Zayed. Several news outlets wrote reports and analyses about this matter and the shape of the possible American strategies to replace Abbas with Dahlan.

Several hours after publication, though, Israel Hayom amended the article and the journalist tweeted that he had misquoted the ambassador's answer about appointing Dahlan as the next Palestinian leader. "The correct quote is: 'We're not thinking about it.' The article has since been corrected," wrote Kahana.

US envoy to Israel: We're not considering replacing Abbas with Dahlan

Nevertheless, the PA leadership ignored this and continued to rail against Dahlan. The PA security services even took action against his known supporters in the occupied West Bank.

Since it was established in 1994 after the breakthrough 1993 Oslo Peace Accords, the PA has been beholden to the United States, which supported the creation of professional Palestinian security services. A report issued by the US Congressional Research Service in 2018 said: "Bilateral assistance to the Palestinians since 1994 has totalled more than $5 billion, and has been a key part of US policy to encourage an Israeli-Palestinian peace process, improve life for West Bank and Gaza residents, and (since 2007) strengthen the West Bank-based PA vis-à-vis Hamas in Gaza."

During this time, the influence of the US on the Palestinian leadership had been very clear through the appointments of security officials across the different PA services, as well as through the reorganisation of the PLO, Fatah and the different PA apparatuses during that period. This has not been a secret, as US officials and reports have stated repeatedly the purpose of US support for the Palestinians.

The US influenced the creation of the post of prime minister during Yasser Arafat's time as president; after his death, the US was behind the arrival of Mahmoud Abbas to take up all of the posts held by Arafat, including the leadership of the PA, the Palestine Liberation Organisation (PLO) and Fatah because of his very close relations with Washington and the Israelis. Abbas was dictated to by the US and Israel. He is proud of this and has boasted about it in public.

READ: Palestinian narratives have been exploited to validate international designs on Palestine

When US President Donald Trump declared an end to America's financial support for the PA, Abbas declared that he would boycott the US administration. He accused Washington of cutting aid in order to oblige the PA to accept Trump's "deal of the century".

However, Abbas, despite criticising the Americans, knows very well who the real masters are as far as the Palestinian institutions that he heads are concerned, and who keeps him in his positions. I am sure that he remembers the massive Palestinian demonstrations against him in 2003 when he was appointed as the first PA Prime Minister. The protesters' slogan was "Abbas is the American Man". He will also remember how and who manipulated the situation so that he became "the only choice after Arafat" within a couple of months. 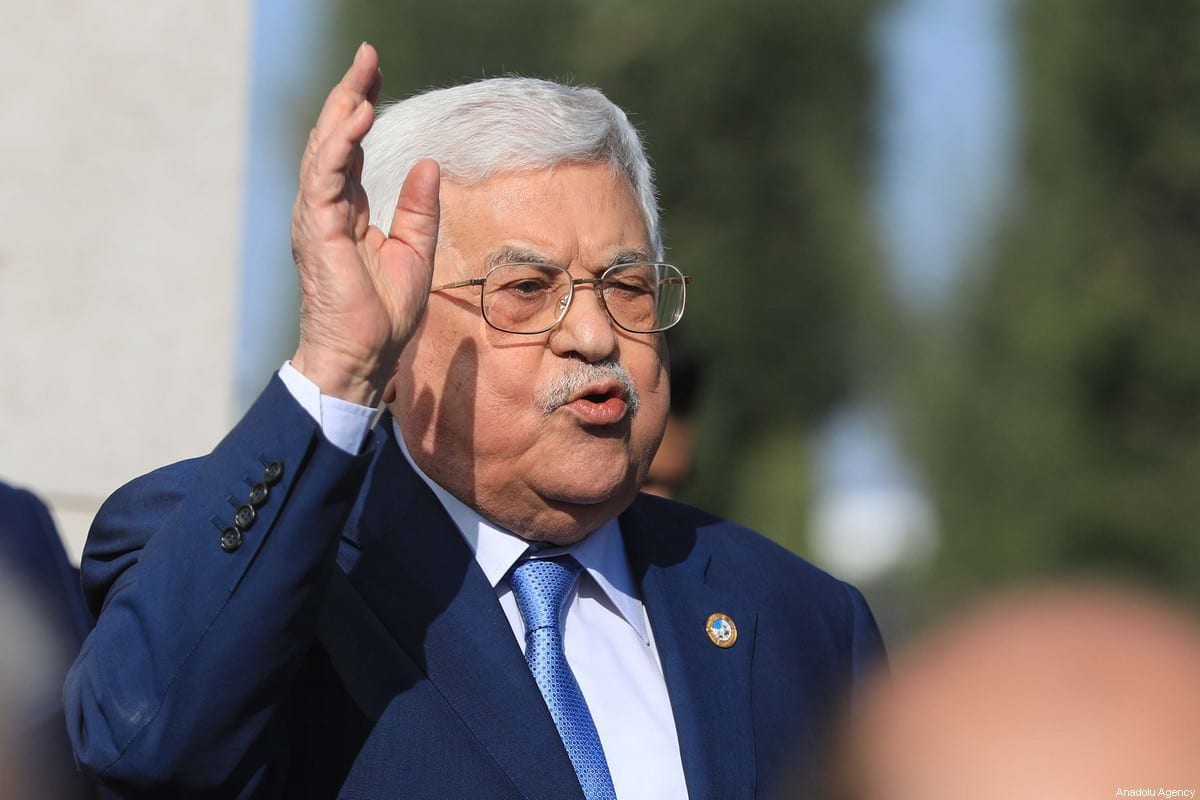 The word then was all about US money. That was clear then and is still clear today. The first and last word is still about American money.

After the US announced the end of financial assistance to the Palestinians, the BBC reported that Palestinian, American and Israeli officials were seeking the means to keep sending money to the security forces in the occupied West Bank which exist solely to protect Israel and its occupation. "We will find a solution," insisted Israeli Security Minister Yuval Steinitz, but he did not give any details.

No more evidence is needed to explain why that misquote of the US ambassador's words stirred up the Palestinian leadership. They know better than us that they are simply pawns to be used and moved by the US and Israel.

It is possible that his misquote was actually a slip of the tongue by Friedman, and that he was testing public support for a Dahlan coup at the PA. Seeing the hostile response, it is also possible that he then asked Israel Hayom to publish a "correction".

READ: Is Dahlan really being lined up by the US to replace Abbas?

This is perfectly feasible. In the same interview Friedman criticised the Palestinian leadership and highlighted the suffering of the Palestinian people under the PA. The way that journalist Ariel Kahana put it in his article, the Palestinian people are not being served properly by their leadership. "I believe the people in Judea and Samaria [sic] want a better life," the US ambassador said, stating that they need to understand that it's possible for them to attain such a goal. He might have been referring to unseating Abbas and installing a new, even more compliant leader.

Other evidence that the final word lies with the Americans is what Israel Hayom reported about the PA response to the UAE and Bahrain normalisation deals with Israel. The newspaper said that Abbas was asked to stop criticising the deals, following which he "had signed a special presidential order forbidding Palestinians to insult the royal families or governmental institutions of the Emiratis or the Bahrainis, and even ordered Palestinian officials to stop personal criticism leveled at leaders in Abu Dhabi and Manama."

The splits among the Palestinian leadership are such that some senior officials are loyal to the Americans, such as Majed Faraj, who controls most of the security services in the West Bank. Others, meanwhile, are loyal to Dahlan. There is also a big conflict among Abbas's supporters.

Thus it is easy to conclude that the leadership's daily criticism of US and Israeli policies is just for media consumption and for us, the Palestinian people. The PA war on Palestinian freedoms, rights and resistance is ongoing, as is, according to one PA minister, security cooperation with Israel. The rapprochement between the Palestinian factions is still lingering on in the corner, but what is going on behind closed doors is what really matters.