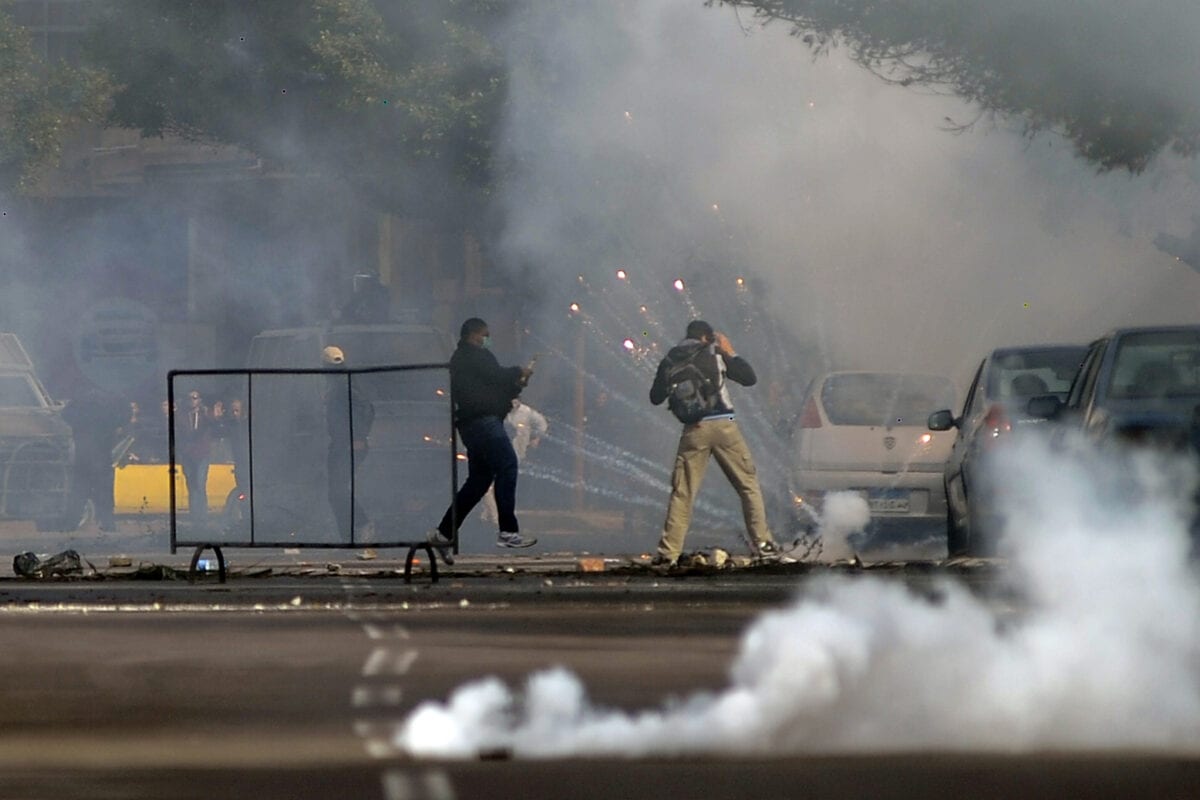 Egyptian protesters and supporters of the Muslim Brotherhood scatter as a tear gas canister explodes next to them during clashes with Egyptian police in the northern port city of Alexandria on January 23, 2014 [-/AFP via Getty Images]
October 4, 2020 at 1:19 pm

Two members of the Muslim Brotherhood arrested in anti-coup demonstrations in 2013 have been executed, reported Anadolu Agency, citing a statement by the 'We Record' human rights organisation on Saturday.

The Egyptian Interior Ministry carried out the death sentences of Yasser Al-Abasiri, 49, and Yasser Shukur, 45, who had been detained during protests against the 2013 military coup that deposed the country's first democratically elected president, Mohammad Morsi.

The two were held in Tora prison in southern Cairo, which is known as the country's most fortified jail, after their trial in the case publicly known as the "Library of Alexandria" case.

Judicial sources told Al-Masry Al-Youm newspaper that the Egyptian Prisons Authority carried out the death sentence for those accused of 'terrorism, premeditated murder and rioting'. In 2017, the Court of Cassation had rejected the cassation appeal of the defendants against the death sentence, initially issued by the Alexandria Criminal Court.

In August 2013, protests erupted against Egyptian security forces in front of the Library of Alexandria, against the backdrop of the bloody dispersal of the sit-ins of supporters of the late President Mohamed Morsi in the Rabaa al-Adawiya and al-Nahda squares in Cairo. These protests and clashes with security forces resulted in the deaths of 15 people, including two security personnel.

Egyptian authorities have yet to make an announcement on the execution.