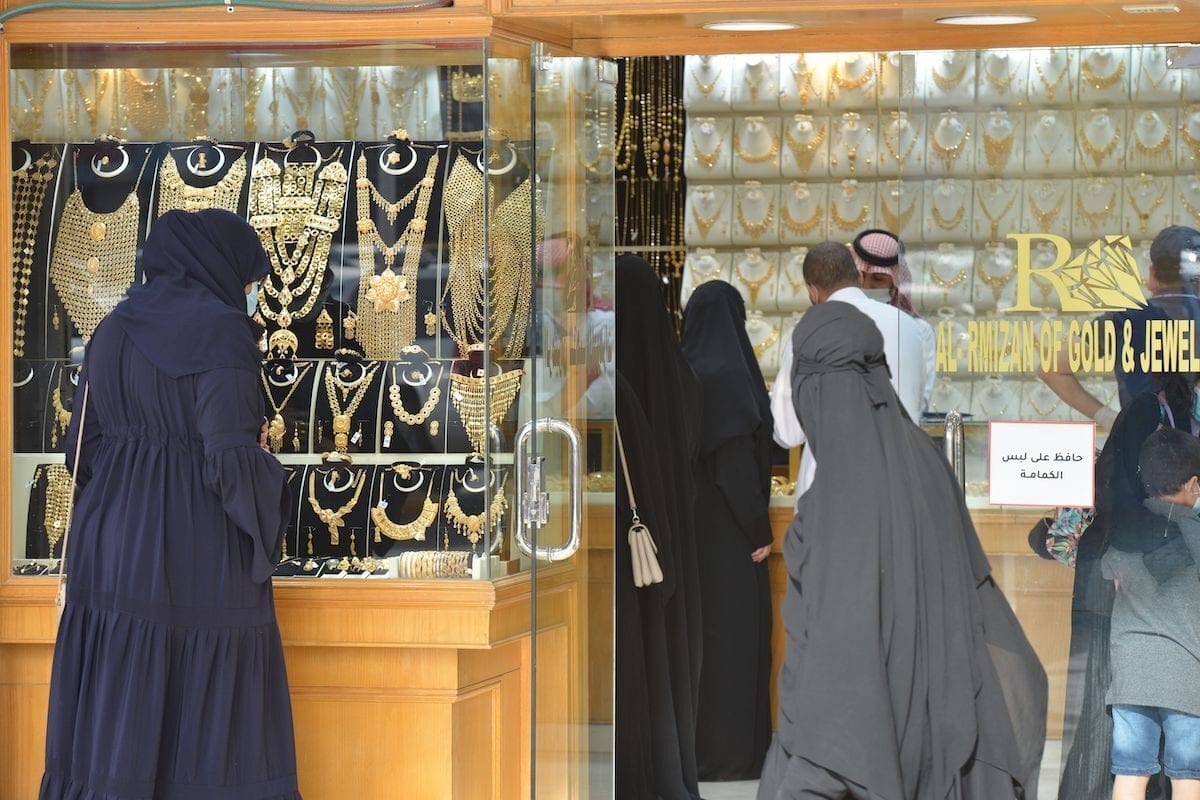 Saudis shop at a jewellery shop in the Taiba gold market in the capital Riyadh on 29 June 2020 [FAYEZ NURELDINE/AFP via Getty Images]
October 5, 2020 at 9:48 am

The mining investment system should be fully operational by January.