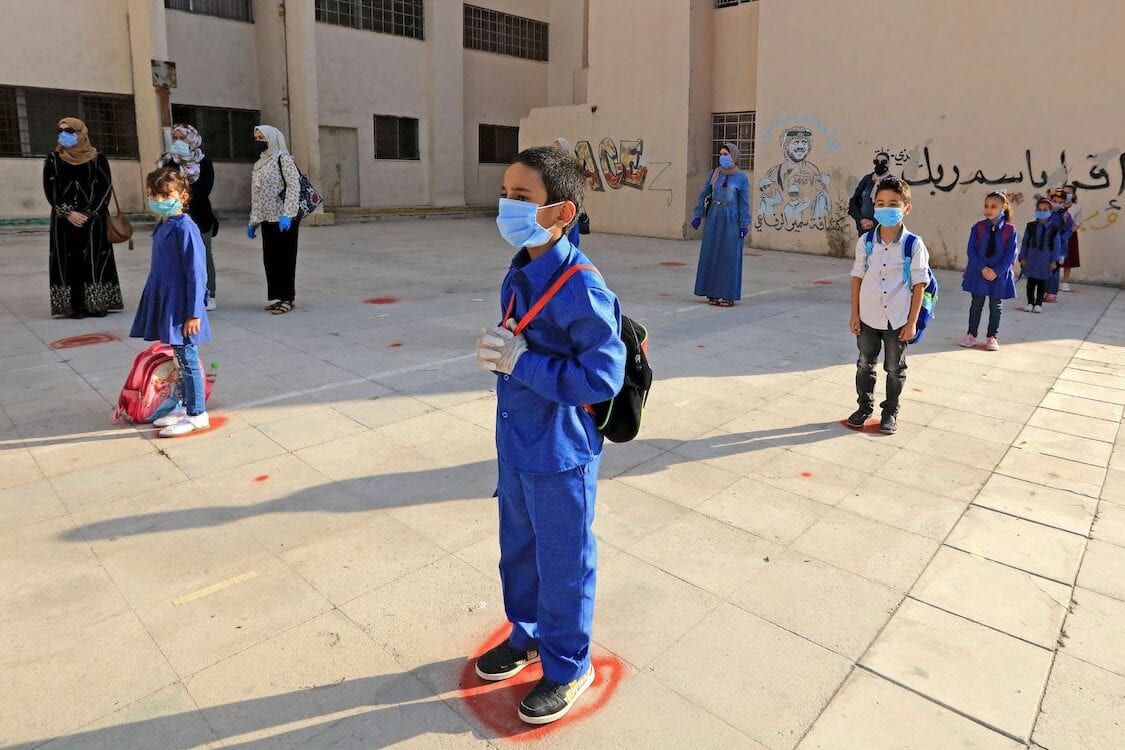 Students, wearing protective masks, wait in line on the first day of school in the Jordanian capital Amman amid the ongoing COVID-19 pandemic, on 1 September 2020. [KHALIL MAZRAAWI/AFP via Getty Images]
October 8, 2020 at 10:29 am

Classes in schools will be suspended in Jordan from tomorrow "until further notice", the education minister announced yesterday.

"Exams for secondary school students will, however, be held on time, with the exact dates for the tests to be announced sometime next week," Tayseer Al-Nuaimi was quoted as saying by the official Petra news agency.

International examinations would be held "according to their announced schedules, provided that health and safety measures are observed in exam halls," he continued.

Faculty members, the minister pointed out, would be present on a shift basis, during which they will rotate working from home and in school. "The ministry will soon reveal the details of the plan," Al-Nuaimi noted.

On Tuesday, the government recorded a total of 1,537 new coronavirus and 12 fatalities. The rise in infections has prompted authorities to impose a nationwide 48-hour lockdown starting tonight.

Report: Covid lockdowns will leave 63% of Palestinian families unable to cover their expenses