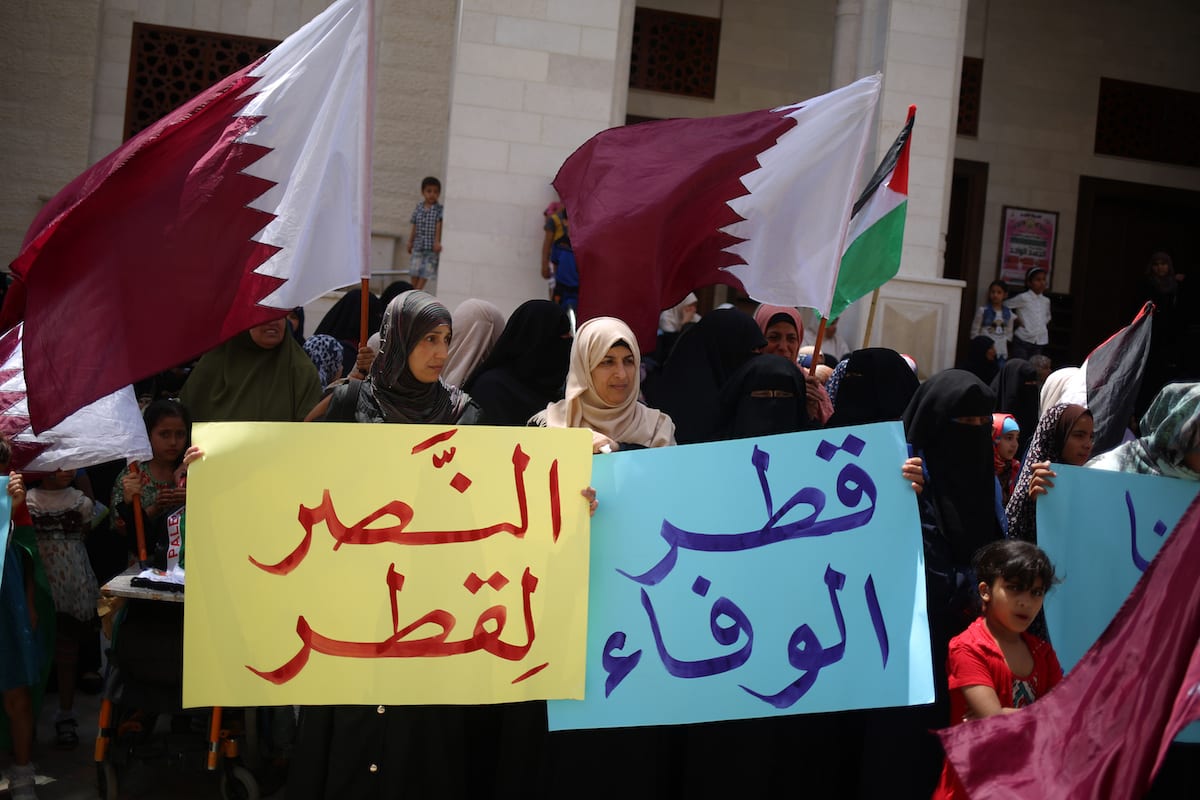 Palestinians hold Qatar and Palestine flags during a demonstration in support of Qatar, in Khan Yunis, Gaza on 14 June 2017 [Ali Jadallah/Anadolu Agency]
October 12, 2020 at 10:48 am

Israel and Qatar have been discussing the transfer of $100 million to the besieged Gaza Strip in return for a six-month ceasefire deal between Hamas and the occupation, Israeli media reported.

TheÂ Times of IsraelÂ reported Israeli TVÂ Channel 12Â saying if the understandings did not succeed in the coming few weeks, Israel would be preparing for a possible escalation with Gaza.

According to the paper, Israel and Hamas agreed on the ceasefire and said that Qatar will transfer the $100 million to Hamas in a deal coordinated with Doha by Mossad head Yossi Cohen alongside the Coordinator of Government Activities in the Territories.

The Israeli daily said that Israel accepted the deal in August as it relieved restrictions imposed on the besieged enclave.

It reported Israeli officials from the areas near the Gaza Strip rejecting a short-term ceasefire.

"I am sorry that instead of eliminating terrorism, the Israeli government supports the transfer of money to a terrorist organization for half a year. We don't buy it, and of course we do not welcome it," said Sderot Mayor Alon Davidi.

Meanwhile, the head of the Eshkol Settlement Council, Gadi Yarkoni, near Gaza, welcomed the deal but expressed reservations.

"We will welcome any agreement that will lead to long-term peace. But a period of half a year of peace is not the strategic solution we hope for," said Gadi Yarkoni.