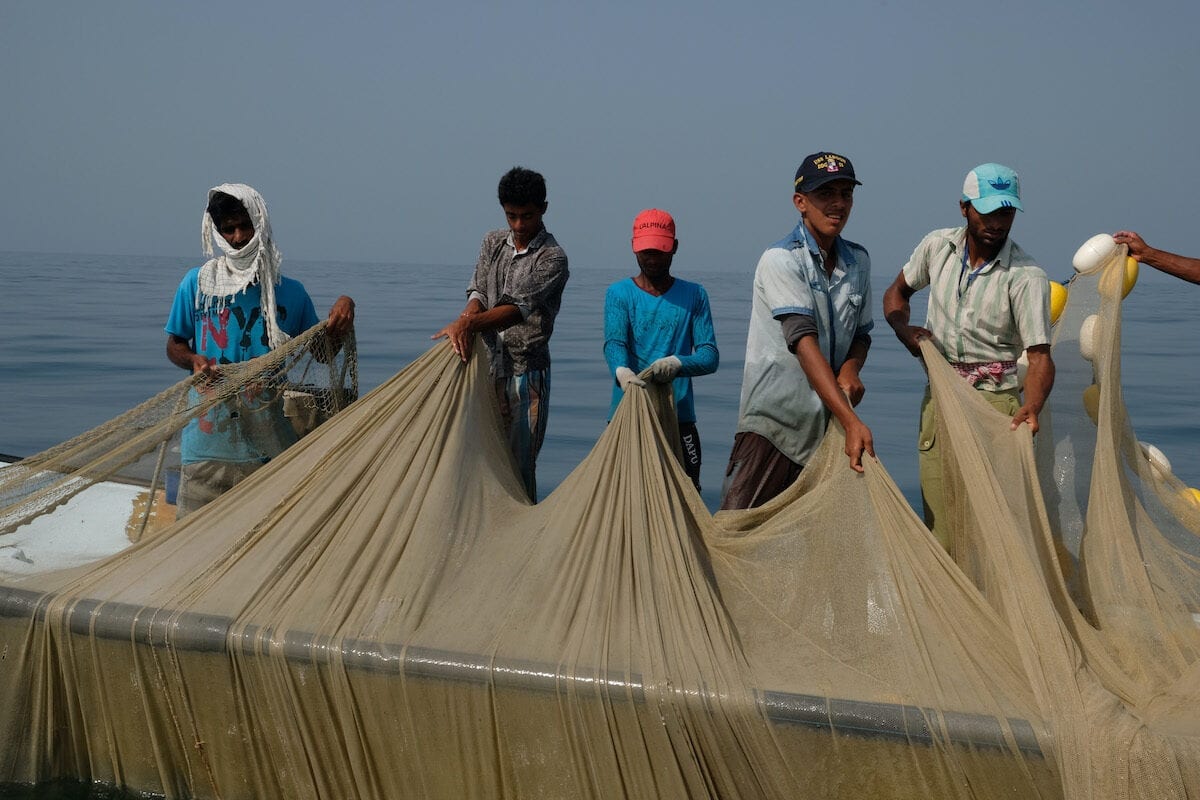 Fishermen pull out their fishing net out of water while standing on a small boat on the waters of the Persian Gulf on 3 May 2017 in Hengam Island, Iran. [Kaveh Kazemi/Getty Images]
October 13, 2020 at 10:09 am

The Emirates officially apologised for the incident, but Iranian authorities summoned the acting UAE representative in Tehran, and the Iranian coastguards seized an Emirati boat and detained its crew claiming it had illegally entered the Islamic Republic's water.

The incident came weeks after a normalisation deal was announced between the UAE and Israel, which was slammed by Iran and marked the beginning of a new phase of tensions between the two sides.

Since then, Iranian political and military officials have repeatedly issued statements warning Abu Dhabi against "bringing Israel to the region".

The two countries had shown a desire to improve bilateral ties in the last few years following decades of estrangement, Anadolu said, noting that the recent developments, however, have seemingly ended the possibility of rapprochement.