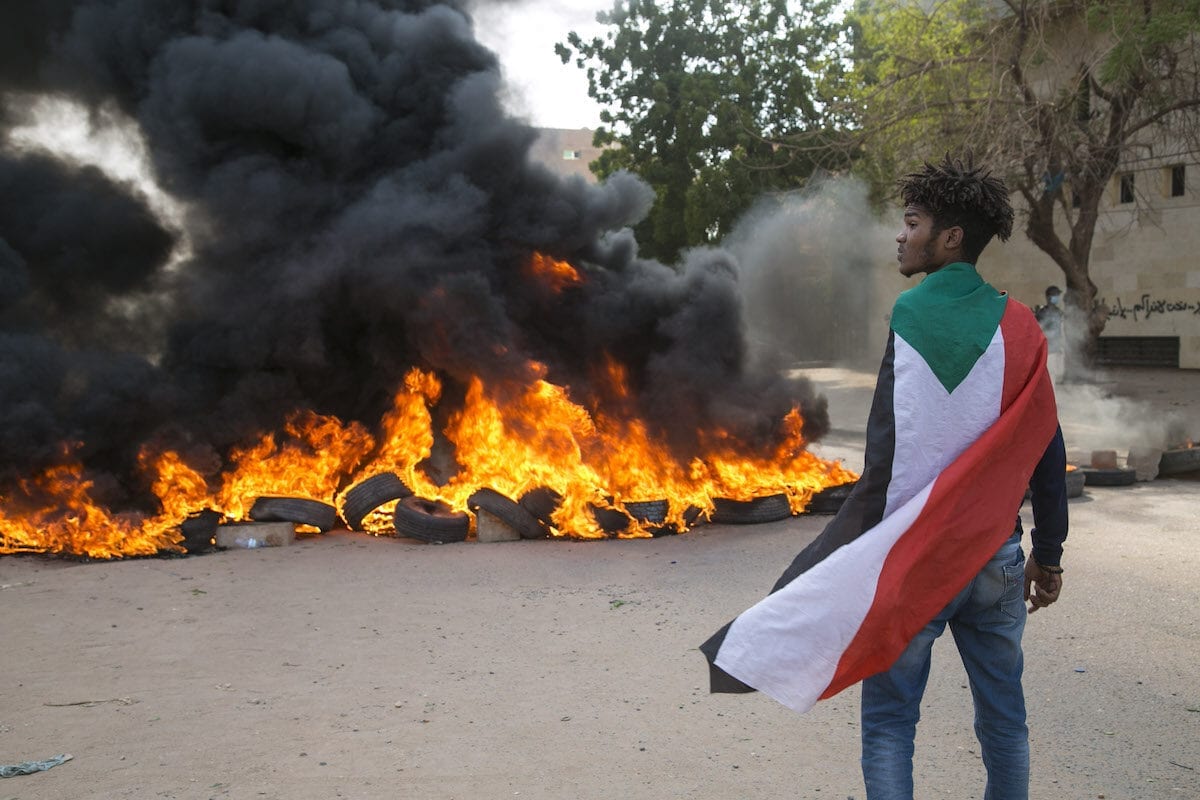 Protesters block roads and burn tyres during a protest against the government in Khartoum, Sudan on 21 October 2020 [Mahmoud Hjaj/Anadolu Agency]
October 21, 2020 at 9:00 pm

Sudanese security forces fired tear gas to disperse hundreds of people in demonstrations across the capital Khartoum on Wednesday, as crowds gathered to put pressure on the government to improve conditions and push ahead with reform, Reuters reports.

The rallies came just days after President Donald Trump announced the United States would remove Sudan from its list of state sponsors of terrorism, a designation that dates back to toppled ruler Omar al-Bashir and made it difficult for the transitional government to access urgently needed debt relief and foreign financing.

Calls for protests started days earlier, aiming to coincide with the anniversary of the overthrow of the country's first military regime in 1964, but wound down following Trump's announcement on Monday.

A Reuters witness said security forces had blocked off all the bridges connecting Khartoum, Bahari and Omdurman across the Blue and White Nile to prevent protesters from reaching the downtown area.

Sudan has been in economic crisis for decades. The Sudanese pound has fallen to 220 to the dollar on the black market from 50 pounds two years ago, and the country has $60 billion in foreign debts. The crisis has accelerated since the overthrow of Islamist autocrat Bashir last year.

Some of Bashir's remaining supporters were expected to join Wednesday's protests to voice their opposition against the government but crowds largely gathered to call for justice for those killed in violence throughout the protests last year, the Reuters witness said.