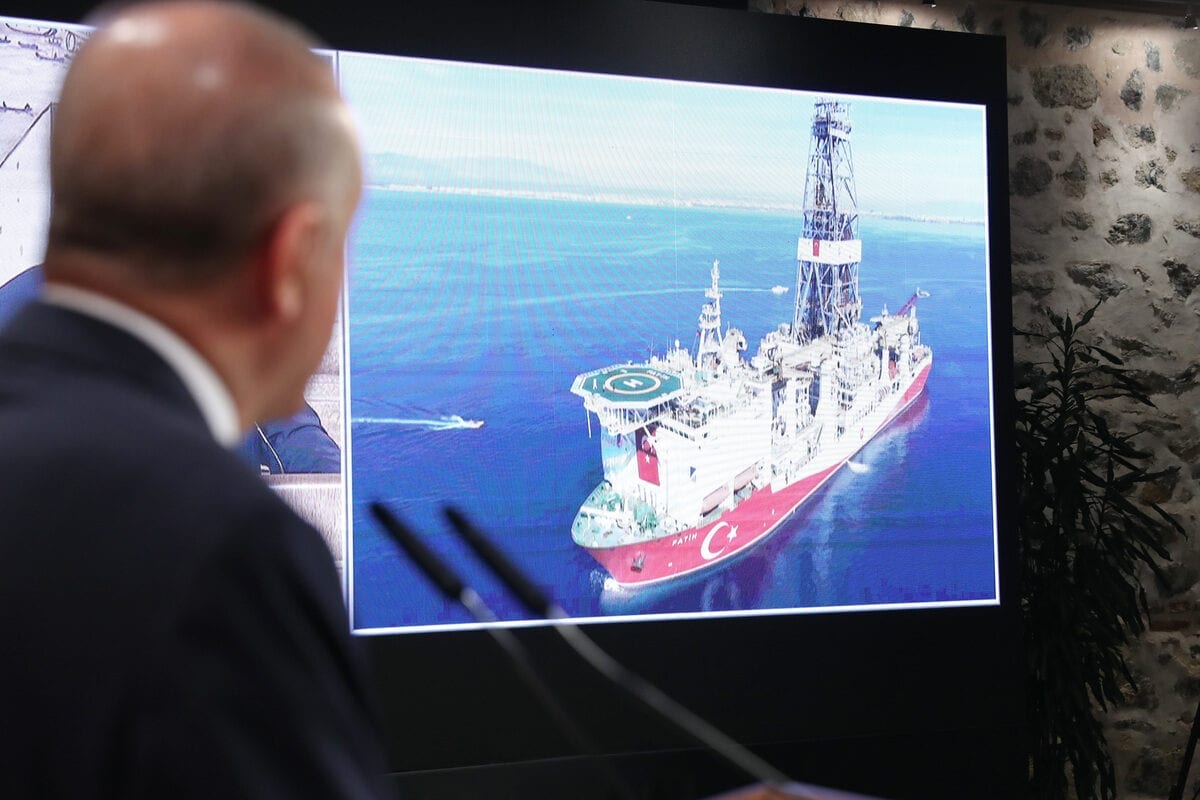 President of Turkey, Recep Tayyip Erdogan speaks on the discovery of a major natural gas reserve off Black Sea coast during a press conference at the Dolmabahce Palace Presidential Work Office in Istanbul, Turkey on August 21, 2020 [TCCB/Murat Çetinmühürdar/Anadolu Agency]
October 23, 2020 at 12:02 pm

The authorities in Turkey have uncovered a spy cell that leaked classified information about the country's energy resources to a foreign party, Sabah reported on Wednesday. The espionage comes at a time when Turkey has intensified its exploration for oil and gas in the Black Sea and the Eastern Mediterranean.

Turkish security forces detected a cell consisting of six spies. The newspaper did not name the party which obtained the leaked information, referring to it only as a "foreign company". It did, however, name Emel Ozturk, who was arrested and is believed to have been the main person in the cell. She was said to have been tracked for several months.

Sabah added that Ozturk, a deputy general manager in a private energy company, was arrested on charges of political and military espionage. It turned out that she had passed classified information to her lover, "JS", who works in a foreign intelligence service and is based in a consulate in Turkey. A second spy in custody was named as Serkan Ozbilgin, the son of Mustafa Yucel Ozbilgin, a former member of the Council of State who was assassinated in 2006.

The discovery of the spy cell followed Turkey's recent discovery of natural gas reserves estimated at 405 billion cubic metres in the Sakarya gas field in the Black Sea, and the intensification of undersea exploration in the Eastern Mediterranean.

According to information and documents obtained by Sabah, the first clues leading to the "energy espionage scandal" appeared on 6 April, after the Public Prosecution office in Istanbul received a notice about the affair. The Anti-Financial Crime unit in Istanbul and the intelligence services presented the case to the Public Prosecution Office, because of the connection to espionage. The investigation revealed later that Ozturk had connections with three people working for the foreign company that received the leaked data.

According to the indictment, foreign individuals contacted Ozturk via e-mail, and asked her to provide confidential information such as data on daily gas consumption and import prices in Turkey. Later, the defendant managed to obtain the requested information from Ozbilgin and another person who works in the energy sector. The cell leaked information about the capacity of the natural gas pipeline in Turkey, in addition to sending other data on a monthly basis.

The indictment demanded that the accused be tried on charges of providing classified information for the purposes of political and military espionage, in accordance with the law. Prosecutors are asking for sentences ranging from 21 years to life imprisonment.