Ethiopia summons US ambassador over Trump comments in dam dispute 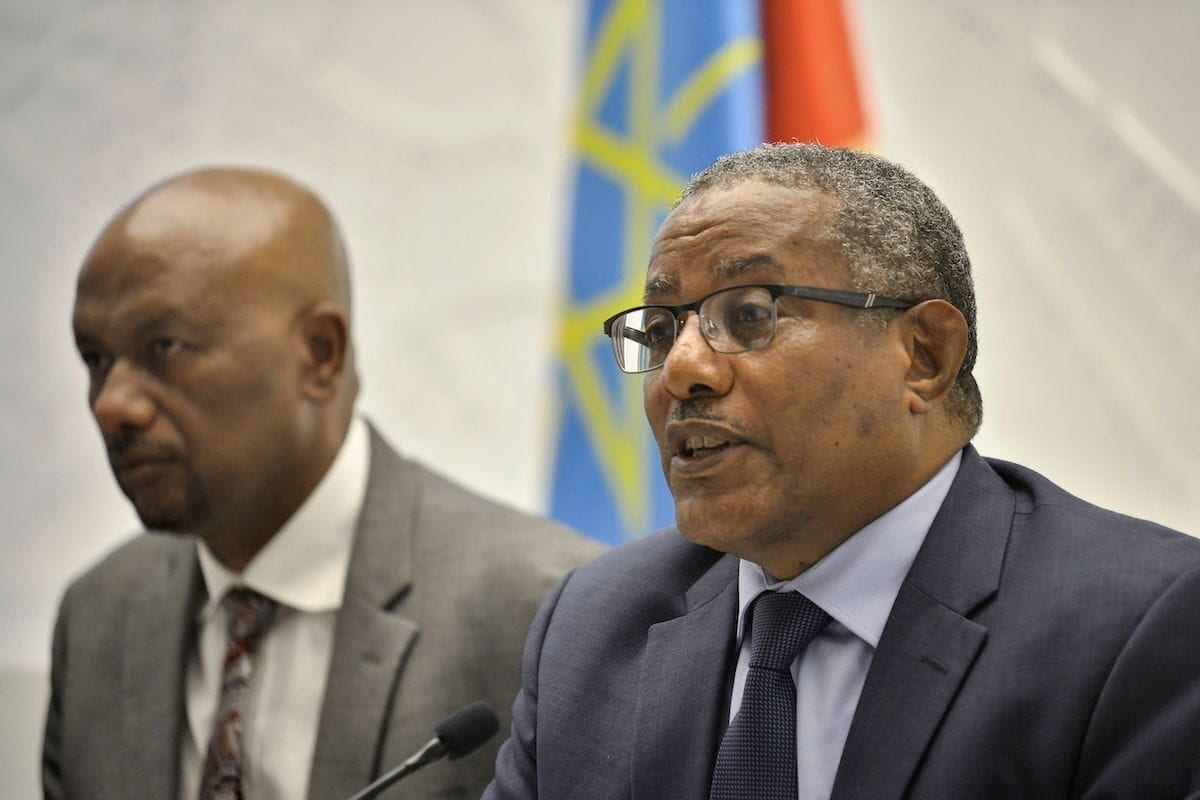 Ethiopian Minister for Foreign Affairs Gedu Andargachew (R) gives a press conference jointly with Ethiopia's Minister of Water, Irrigation and Energy, Seleshi Bekele, on 3 March 2020 at the Ethiopian capital Addis Ababa where they criticized what they called 'undiplomatic statements' by the United States. [MICHAEL TEWELDE/AFP via Getty Images]
October 25, 2020 at 4:15 pm

Ethiopia on Saturday summoned the US ambassador over what it called an "incitement of war" between Ethiopia and Egypt from President Donald Trump over their dispute about the filling and operation of a massive hydropower dam, Reuters reports.

Trump called on Friday for an agreement between the countries, but added it was a dangerous situation and that Cairo could end up "blowing up that dam".

"The incitement of war between Ethiopia and Egypt from a sitting US president neither reflects the longstanding partnership and strategic alliance between Ethiopia and the United States nor is acceptable in international law governing interstate relations," Gedu's ministry said in a statement.

Trump made the comments during a call with Sudanese Prime Minister Abdalla Hamdok following Sudan and Israel's announcement to normalise ties.

Ethiopia, Sudan and Egypt have been locked in a bitter dispute over the filling and operation of the Grand Ethiopian Renaissance Dam (GERD), which remains unresolved although the reservoir behind the dam began filling in July.

Trump said on Friday he had brokered an agreement to resolve the issue but that Ethiopia had broken the pact, forcing him to cut funds, adding: "They will never see that money unless they adhere to the agreement … You can't blame Egypt for being a little upset."

He said he had also urged Egypt to resolve the dispute.

The first phase of filling the dam was completed in August, it said.

Egypt says it is dependent on the Nile for more than 90% of its scarce freshwater supplies and fears the dam could have a devastating effect on its economy.

Abiy's office said there had been significant progress made in resolving the dispute since the African Union took over the negotiations.

"Now is the time for action and not for increasing tensions," European Union's foreign policy chief Josep Borrell said before the Ethiopian ministry issued its statement.