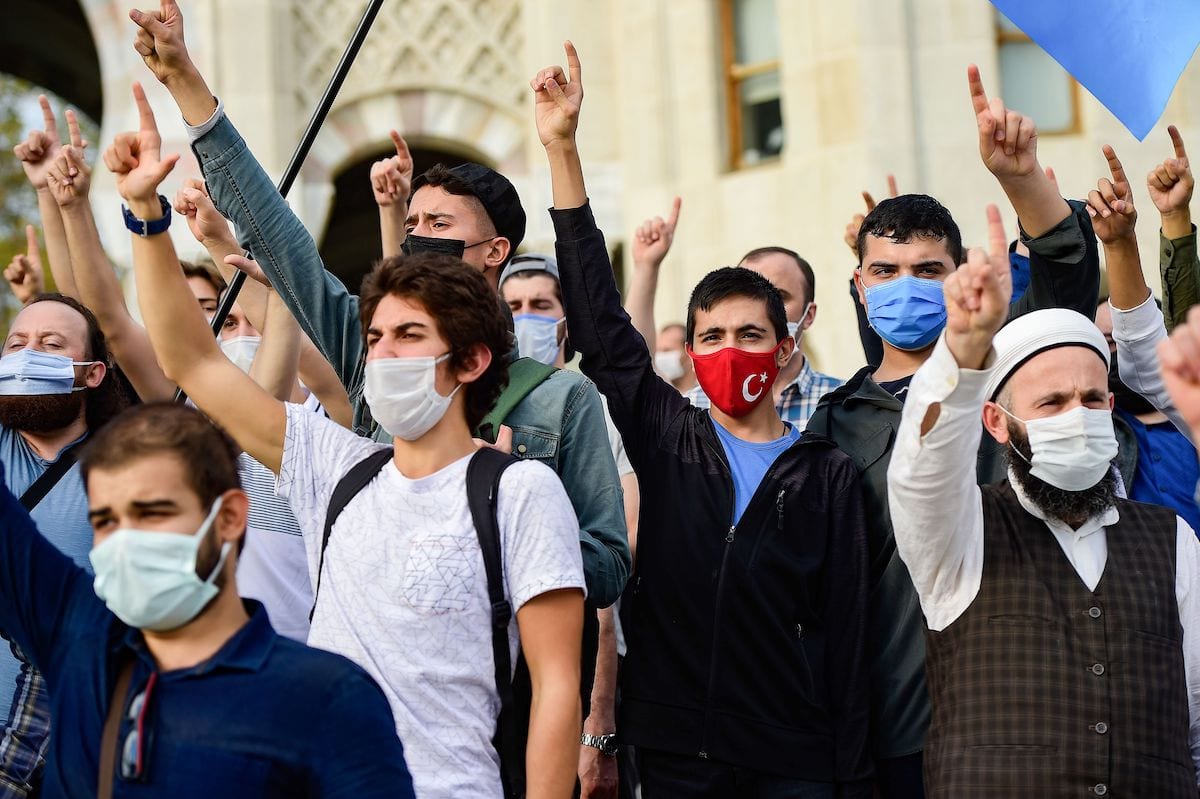 Men raise their finger as Turkish protesters shout slogans against France during a demonstration against French President's comments over Prophet Muhammad cartoons, in Istanbul, on 25 October 2020. [YASIN AKGUL/AFP via Getty Images]
October 25, 2020 at 4:25 pm

Herve Magro was recalled for consultations, it added.

Earlier in the day, Erdogan responded to French President Emmanuel Macron's remarks in which the latter had accused Muslims of "separatism" and described Islam as "a religion in crisis all over the world."

The Turkish president said: "What is Macron's problem with Islam? What is his problem with Muslims? He needs mental checks. What else can we say to a president who does not understand freedom of belief and behaves in this way with millions of different faith members living in his own country?"