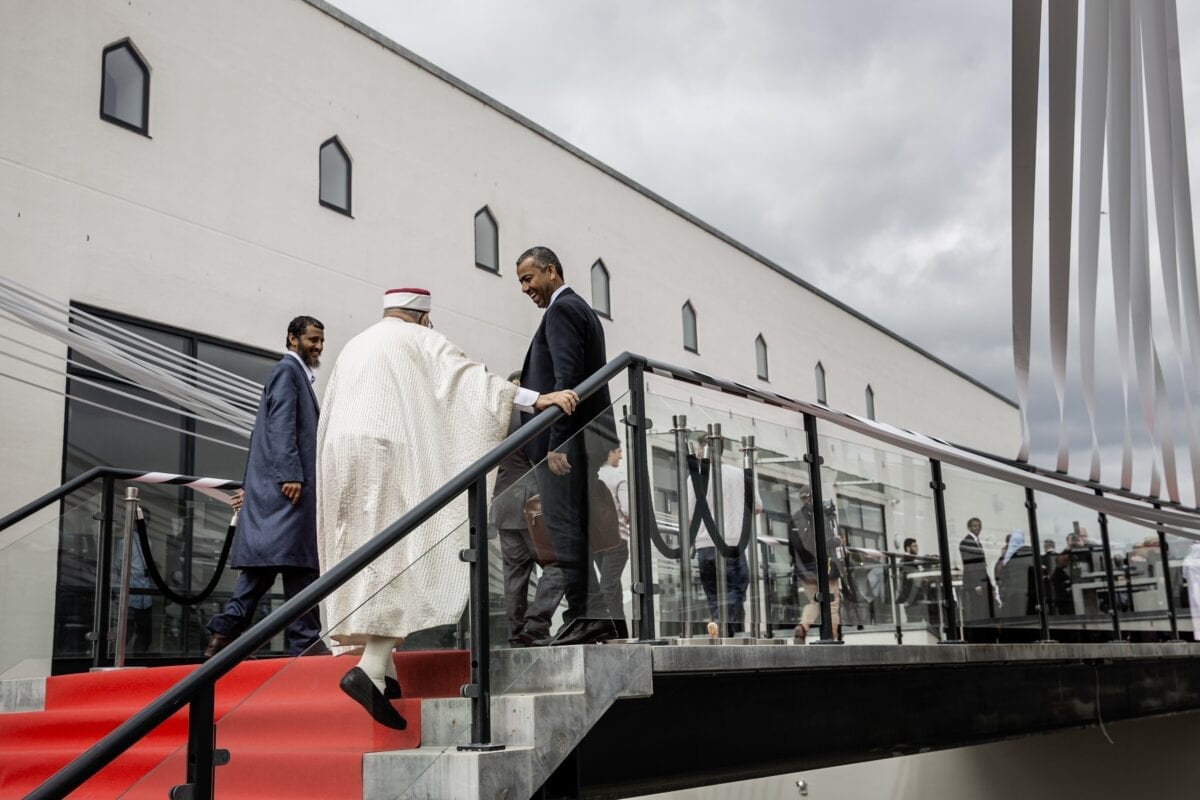 Guests arrive on June 19, 2014 for the official opening of Denmark's first mosque with a dome and minaret in Rovsingsgade, in Copenhagen's gritty northwest after receiving a $27,2 million endowment from Qatar [THOMAS LEKFELDT/AFP via Getty Images]
October 27, 2020 at 3:42 pm

Denmark is set to present a new bill that would criminalise funding for mosques sent by foreign countries and entities, in new efforts to counter religious extremism.

The bill was announced in a Facebook post by Danish Integration Minister Mattias Tesfaye earlier this month, who said that the government would criminalise the funding of mosques in the country by any individuals, organisations, or even countries which "oppose or undermine democratic values, fundamental freedoms and human rights."

The Danish government's proposed bill comes after it was revealed by the Danish newspaper Berlingske in January that Saudi Arabia had been sending around $790,000 to the Taiba Mosque in the capital Copenhagen through its embassy.

In the following month, the government issued a parliamentary settlement with opposition parties which targeted the flow of money from foreign entities, also agreeing to oppose and ban "religious preachers that seek to undermine Danish laws and values and support parallel legal perceptions."

Under that law, it would become a criminal offence for mosques to accept money from certain entities, organisations and other donors which Denmark would compile and establish a list of.

In 2014, Denmark's first official 'Grand Mosque' opened in Copenhagen with Qatari funding, in a move which stirred controversy in the country.

Denmark's new bill comes amid a wave of Islamophobic sentiment and policy throughout the continent, with its neighbour France carrying out its own crackdown against "Islamic separatism" and having also proposed a law to obligate imams to be state-approved and restrict those from abroad.