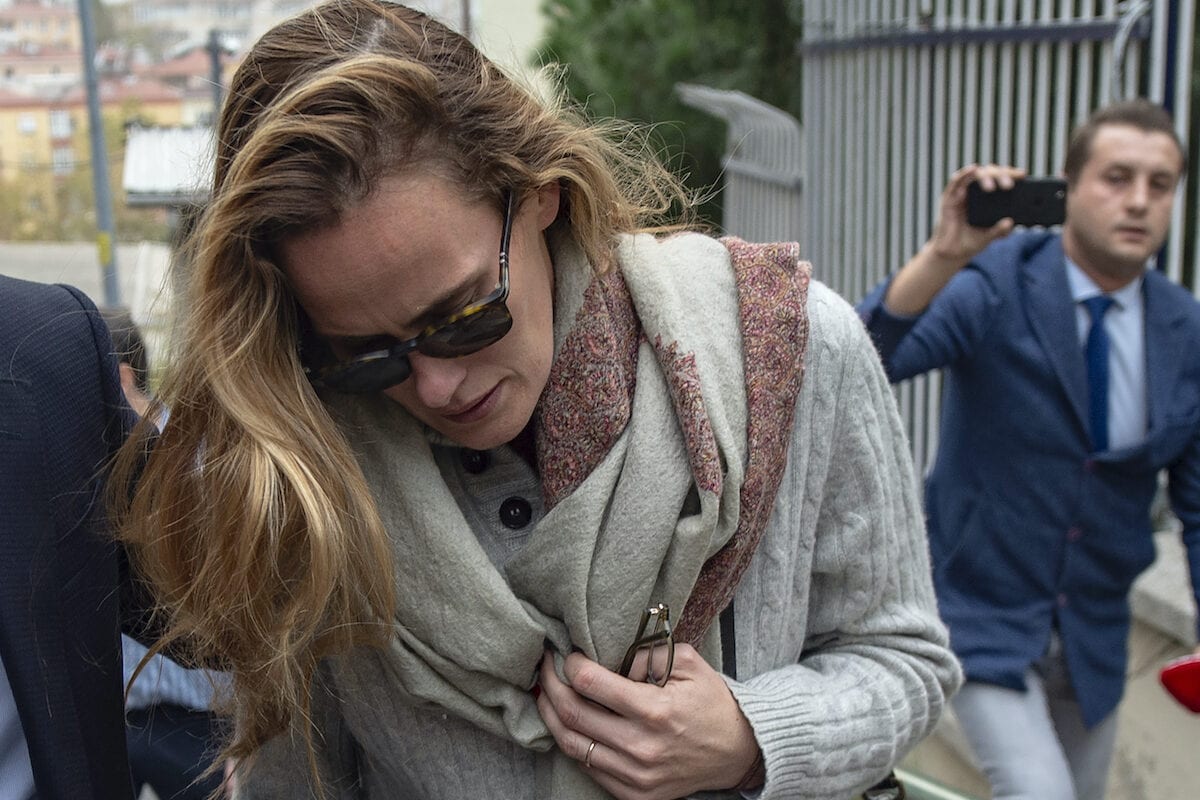 The widow of the deceased co-founder of the White Helmets has revealed that he committed suicide due to stress caused by online disinformation campaigns and false allegations of corruption, in a detailed report which sheds light on his death last year.

In an article published by the British newspaper the Guardian, James Le Mesurier's widow Emma Winberg spoke out for the first time about her husband's death, saying that he had been under pressure from numerous disinformation campaigns by "anti-imperialist" pundits online during the last few months before he jumped to his death from his Istanbul home back in November 2019.

Those campaigns and pundits – backed by Russia, Iran and the Syrian regime who form the self-styled 'Axis of Resistance' – spread disinformation in regards to the White Helmets' activities in Syria. Among their claims are that the internationally-backed NGO, which employs Syrian civilians who conduct medical rescue missions in the conflict areas, works for the Syrian opposition against the Assad regime by staging chemical attacks in order to defame it.

The article cited the White Helmets' Director Raed Saleh as confirming the effects those campaigns had on the organisation's staff. "I can't ignore the weight of the disinformation, not only on me but on all of us at the White Helmets," Saleh said. "We put all our energy into saving lives and easing the living conditions in Syria. But this humanitarian work threatens Russian and Syrian regime narratives of what is really happening on the ground. We get called terrorists that are funded by the west. This is a burden that affects us emotionally and it takes a tremendous effort to deal with."

Le Mesurier, a former British army captain who was a primary target of those disinformation campaigns, was also the founder of the organisation Mayday Rescue Foundation which was responsible for training and equipping the White Helmets, as well as being the channel through which funds from international donors and countries went through.

READ: One chemical weapons report should not whitewash a decade of Assad's crimes

A prominent reason for his breakdown, aside from the campaigns against him, was also the rapid decline of Mayday Rescue and an investigation into Le Mesurier's handling of the funds. Of those funds, which amounted to around $30 million at the company's peak, he took out $50,000 in cash from the company safe in order to conduct an urgent evacuation of up to 400 While Helmets staff stuck in southern Syria to Jordan.

Due to the nature of the ongoing conflict in the war-torn country, that amount was reportedly needed in cash, which made it difficult for the following expenditure of that money to be tracked. Despite only spending $9,200 in that evacuation and returning the remaining $40,800, the company could not adequately prove that to be true due to the lack of records, resulting in an investigation by its auditors and lawyers.

It was the joint pressure of that investigation, the disinformation campaigns, as well as the subsequent withdrawal of significant funding by donors, which reportedly pushed Le Mesurier to the brink and made him emotionally frail. "We had both been so stressed for so long," Winberg told the paper. "The stakes were so high and the operating environment was getting riskier by the day. We felt as though we were just trying to dodge the bullets, but always anxious about the one that would ultimately get through."

Then in December, a month after his suicide, Mayday's lawyers accused Winberg of "unlawfully enriching yourself and others at the expense of the foundation." It took months for the investigation to reveal the truth of the matter, with the Dutch businessman Cornelius Vrieswijk who was tasked to save the company's reputation saying that "We could not find a single penny spent that was not justified, or could not be explained." Neither Le Mesurier, his wife, nor any Mayday staff embezzled the money, he confirmed, adding that rather than "thinking he was a mob leader who had enriched himself in outrageous ways, I came to see him as somebody I really admire."

By then it was too late, however, with Mayday Rescue being declared bankrupt and formally dissolved in August this year. The White Helmets now operates alone, using the same method and structure that Mayday Rescue did through the use of international donors.

READ: Winter is coming, but internally displaced persons in Syria are not prepared