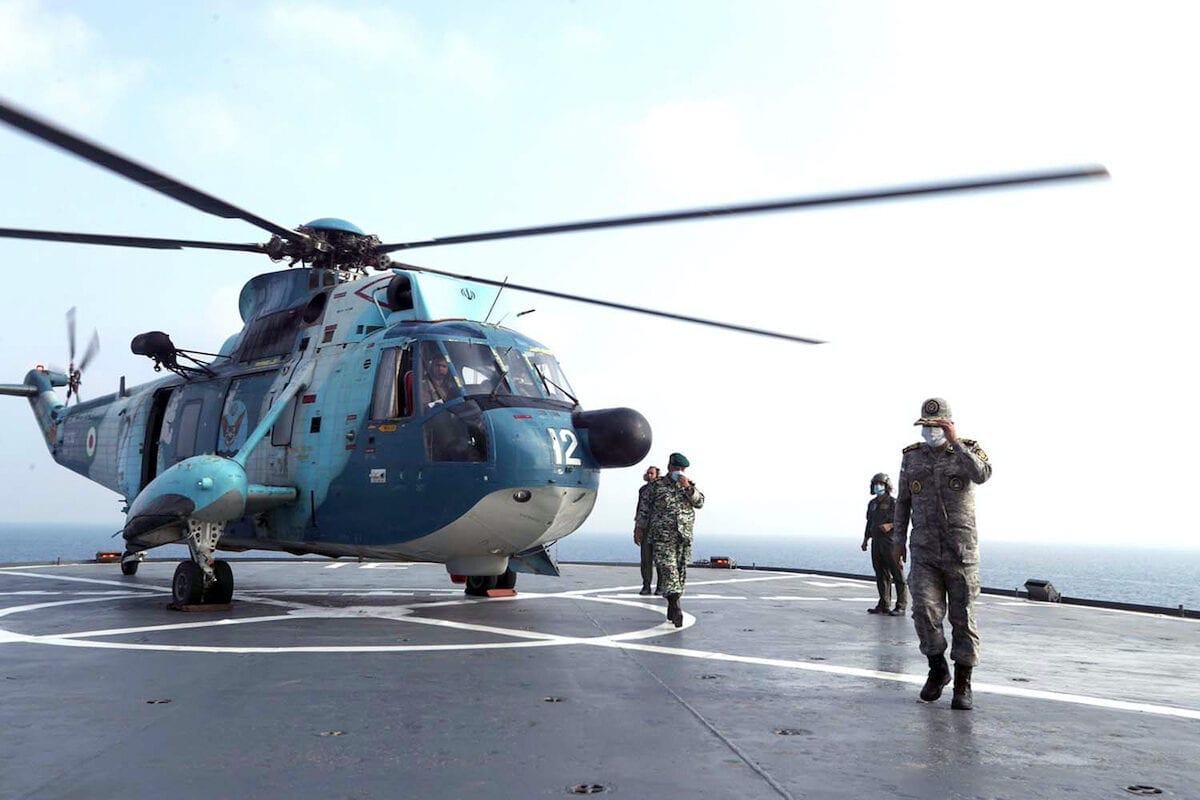 An Iranian army helicopter lands on a navy warship during the last day of a military exercise in the Gulf, near the strategic strait of Hormuz in southern Iran. on 12 September 2020 [Iranian Army office/AFP via Getty Images]
October 29, 2020 at 8:00 am

Iranian authorities have proposed a plan to build the largest commercial port in the city of Jask, east of the Strait of Hormuz, expecting it to become an economic and commercial centre within ten years, RT reported on Wednesday.

General Fereydoun Hemmati, governor of Hormozgan, announced that the initial proposal was submitted, and decisions were immediately taken in coordination with the Ministry of Roads, Ports and Maritime Organisation.

Hemmati noted that the port is to be built near a fuel exporting station and oil refineries. Building will commence in 2025 and it is expected to be operational by 2032. Its operational capacity is expected to reach 200 million tonnes by 2045.

The port is hoped to be effective in the future because it fulfils Iran's needs in the fields of transportation, export and import of goods, civil defence and population stability in the area.

The Ministry of Roads, Ports and Maritime Organisation is also studying the connection of the Jask railway with the country's railway network.

READ: If the US doesn't respond to Iran's challenge, its reputation is on the line