Signs of economic war between Morocco and Spain 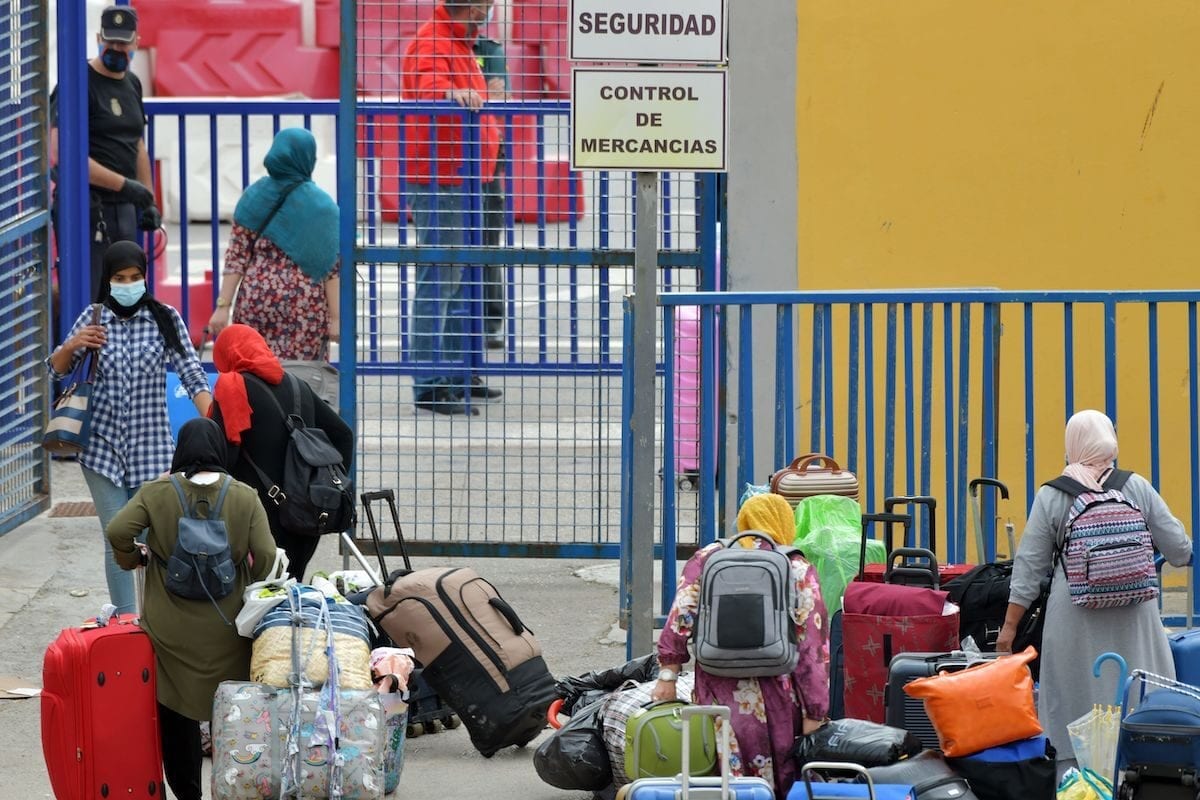 Moroccan nationals, stranded in Spain since the closure of borders in mid-March to tackle the coronavirus, go through customs prior to crossing the Spanish-Moroccan border in the Spanish enclave of Ceuta on 30 September 2020. [ANTONIO SEMPERE/AFP via Getty Images]
October 29, 2020 at 6:00 am

Media reports warned of an unprecedented economic war between Morocco and Spain, following the steps taken by the Moroccan authorities to prevent smuggling activities by permanently suspending trade activities via the Ceuta and Melilla crossings.

Madrid recently announced the imposition of a $700 fine against trucks entering the Spanish territory carrying more than 200 litres of fuel, while only monitoring vehicles coming from Morocco.

The Moroccan newspaper Akhbarna reported that these measures coincided with a period of intensive exportation of Moroccan agricultural products to Europe, causing massive losses for international shipping companies, and affecting the delivery dates of cargo to buyers.

According to the newspaper, Morocco responded by announcing a new measure that requires Spanish trucks to show a contract of partnership with a Moroccan company to obtain permission to cross the kingdom's territory.

If the new regulations are violated, Spanish vehicles will be seized at the Tanger Med port.

This decision came into effect on Tuesday.