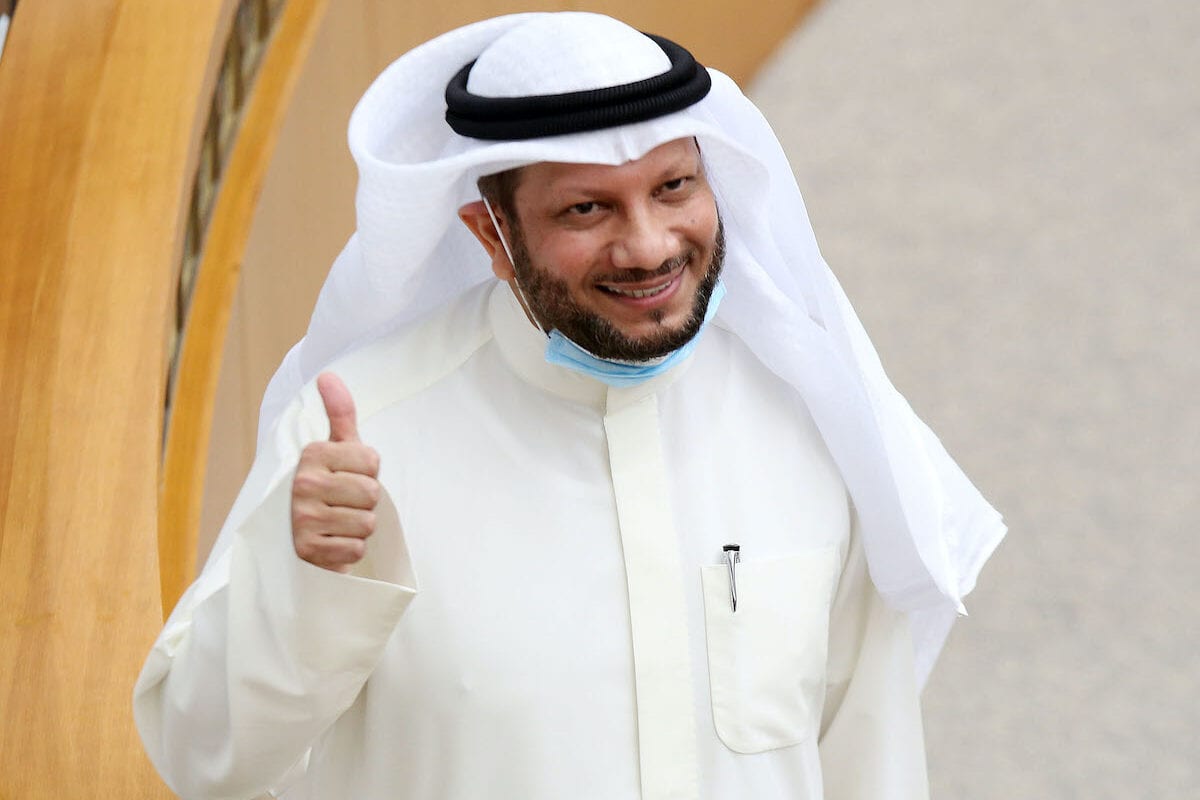 Kuwaiti Finance Minister Barrak al-Shaitan gives the thumbs up during a parliament session at Kuwait's national assembly in Kuwait City on 12 August 2020. [YASSER AL-ZAYYAT/AFP via Getty Images]
October 30, 2020 at 9:12 am

Kuwait's Anti-Corruption Authority (Nazaha) will investigate the recent collective resignations of a number of employees at the Ministry of Finance in protest of violations committed by Finance Minister, Barak Ali Al-Sheetan, local media reported.

Informed sources said the ministry's undersecretary, Saleh Al-Sara'awi, and five assistants submitted their resignations yesterday hours after submitting an official complaint against a ministerial decision to rotate a number of senior employees.

The employees said the rotation decision came after they had "refused to implement instructions that violate the ministry's law and regulations and advance private interest over public interest".

Sources said an investigation team from Nazaha will look into the case, including the employees' resignation, their press statements, the letters they sent to Prime Minister Sheikh Sabah Al-Khaled and the minister of finance, and the accusations of violations contained within them.

The employees will also be investigated for violating public interest during their tenure, Al-Qabas newspaper reported.