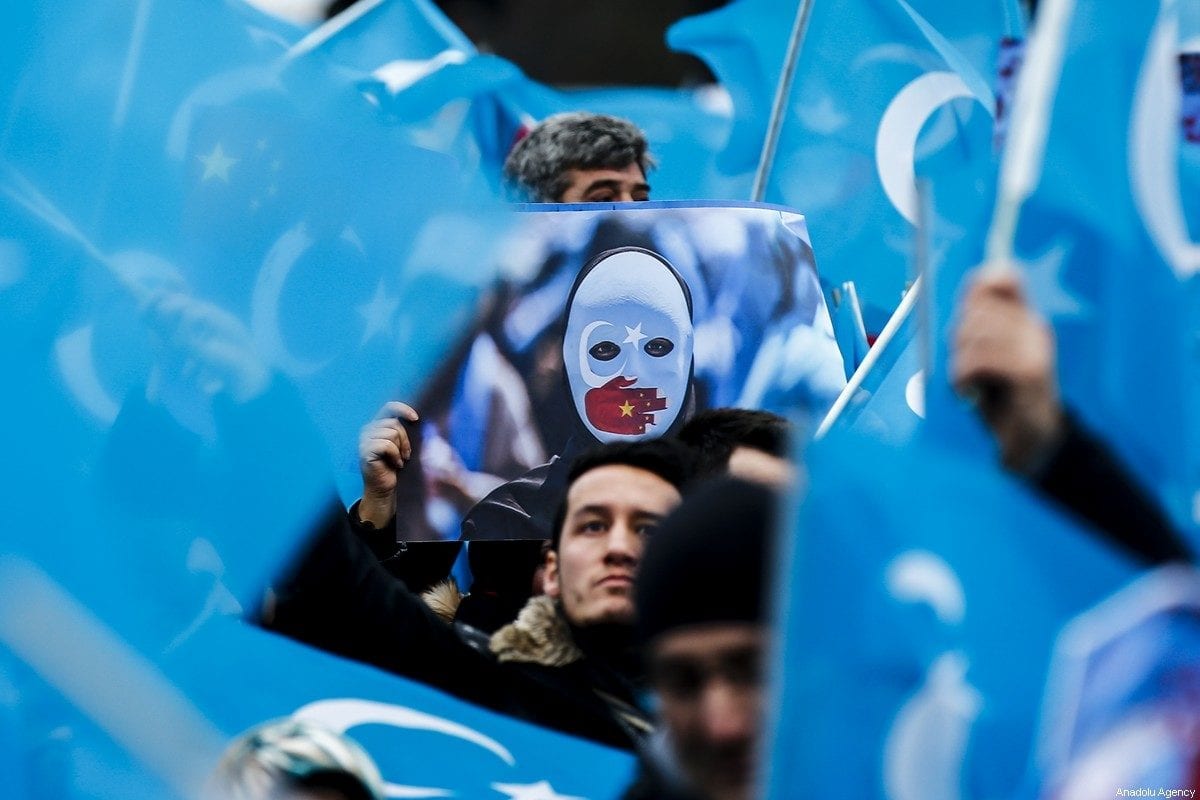 People gather to stage a demonstration in support of Uyghurs and against the human rights violations of China on 27 December 2019 [Abdulhamid Hoşbaş/Anadolu Agency]
November 4, 2020 at 3:56 pm

An Uyghur man who claimed he was force to inform on fellow Uyghurs to Chinese authorities is in a serious condition in hospital after being shot in Istanbul, Turkish media reported yesterday.

Yusufujrang Aimaitijiang had gone outside to get cigarettes when he was shot twice on Monday evening, the reports said.

Speaking to Al Jazeera in February 2019, he said he was forced to inform on fellow Uyghurs by China.

"My role was to feed information to officials. I reported on everything people did – what they ate, drank, what they did in private in their homes, whether it was friends or relatives, I shared it all," he explained.

He also told the news corporation that his mother was arrested and tortured to convince him to start spying in 2012. From then on, he worked to infiltrate Uyghur communities in Afghanistan, Pakistan and Turkey.

The Uyghurs, a predominantly Muslim Turkic-speaking ethnic group primarily from China's northwestern region of Xinjiang, have been subject to religious and ethnic persecution by Chinese authorities and in recent years. More than one million have been held in detention camps, the United Nations says.

READ: Not all Uyghurs are terrorists, Turkey tells China