In which direction is the Arab media heading? 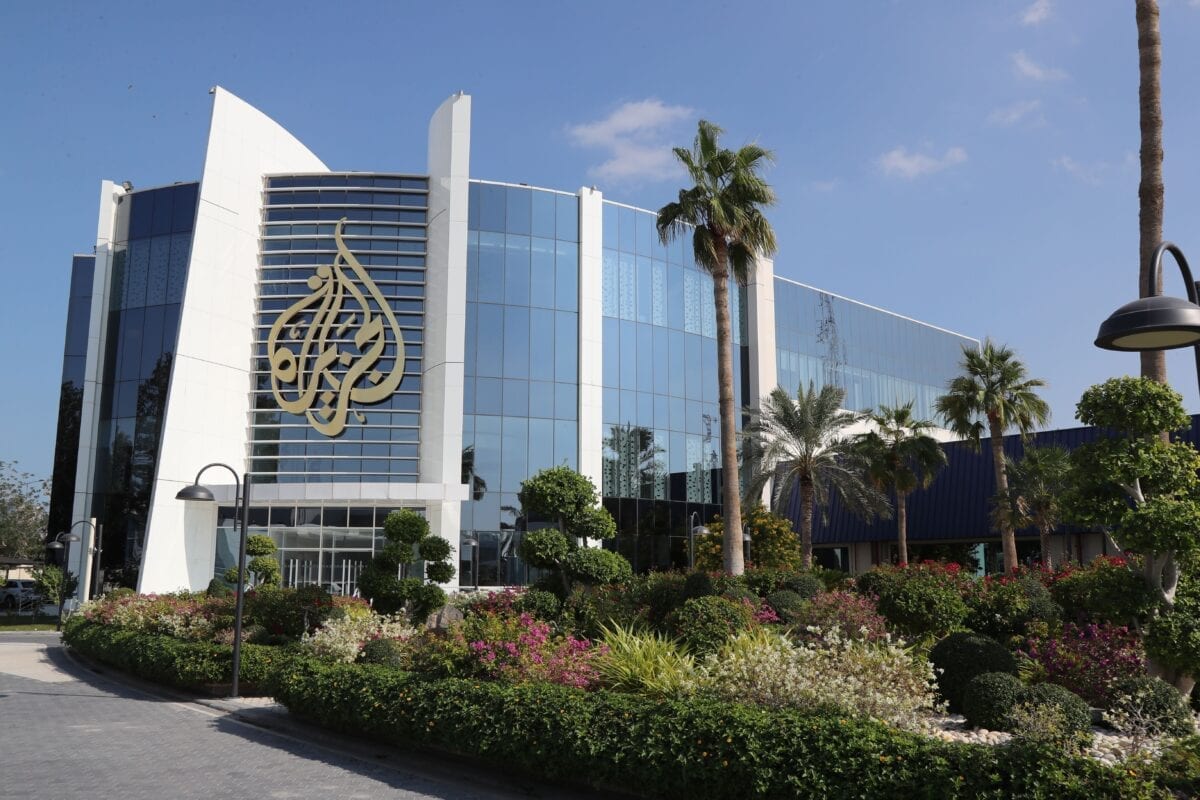 A picture taken on December 5, 2019, shows a general view of the headquarters of al-Jazeera Media Network, in the Qatari capital Doha [KARIM JAAFAR/AFP via Getty Images]
Mohamed Huneid
November 9, 2020 at 4:06 pm

One of the main conclusions to be drawn from ten years of regional transformation is that the Arab media has a serious role to play. For decades, it has peddled official misinformation and disinformation, and embellished regime crimes, keeping people in the dark and justifying the massacres committed in the name of "state security", trampling on their rights, history, memory and civilisation. Indeed, it has played an even more dangerous role.

State-controlled media and private media linked to it have been at the core of the war on revolutionary achievements, and have been used to facilitate coups and stigmatise opposition groups with allegations of violence, terrorism and extremism. This way, the media paved the way for the counter-revolutionaries' bloody campaigns and succeeded in deluding the masses that the rule of authoritarian regimes is the Arabs' natural fate, the only alternative to which is terrorism, civil war and chaos.

The nucleus of the Arab media arose in the cultural and political context of resistance during the colonial era and relied mainly on print journalism. Newspapers were a tool for the masses to express their rejection of the foreign military presence, and they were met with restrictions and repression. With the supposed end of colonialism, local political regimes became aware of the media and seized outlets to use as control tools.

Adapting to the new normal: Covid-19 and Pakistani workers in the Gulf

For more than half a century, Arab regimes have controlled the media with an iron fist, making it an extension of the political arena. The media is thus a multi-faceted mouthpiece of Arab dictators, whether military or hereditary. It is used to justify the regimes' crimes against political opponents, cover up corruption, and encourage schemes that undermine the foundations of Arab societies and destroy the consciousness of the people.

The Arab media now encompasses audio, visual and print outlets, especially the phenomenon of satellite television. This has transformed the Arab media scene. For the first time, regimes are unable to control every media outlet. Viewers are now enthusiastic consumers of news from beyond their borders.

The emergence of Al Jazeera TV in the mid-nineties represented a huge transformation that shook the pillars of the media across the Arab world. In a very short time, the channel became the main source of news and reference point for millions of Arabs. It has provided space for critical political discourse that is not limited to single-party views or opinions. In doing so, Al Jazeera alerted Arab officialdom to the fatal flaw in their media strategy: Arabic news was now available in foreign countries. Other channels have followed, but none have reached the editorial ceiling set by Al Jazeera.

The channel has been threatened and bombed; its journalists have been killed, arrested and imprisoned; and its bureaux have been besieged in all Arab countries. Nevertheless, it has succeeded in raising popular awareness of issues affecting the region. After the Arab Spring revolutions, Al Jazeera was demonised and defamed, and accused of sedition and supporting terrorism and extremism. It has clearly rattled the dictators and their lackeys.

The growing awareness of the need to change has turned Al Jazeera into much more than a news channel; it is now a quasi-ideology expressing the hopes and fears of millions of ordinary people with no voice. Hence, its threat to authoritarian regimes. This is evident from the fact that the Arab countries blockading Qatar — Saudi Arabia, the UAE, Bahrain and Egypt — have placed curbs on Al Jazeera at the top of their conditions for lifting the siege. They are, quite simply, unable to cope with their citizens having access to truth and a non-regime narrative.

To what extent did the spycops target Palestine solidarity groups?

With the expansion of social media people now have access to alternative platforms for news and opinions media outlets. Social media has been particularly effective in transmitting information about, for example, anti-regime protests. Arab governments now seek to domesticate and dominate this new space, fearing the ability to promote social and political change, but they have failed to do so, despite spending billions in the process on "electronic battalions".

Today, this new space represents an essential part of awareness-raising, news transmission and analysis in a way that pushes the traditional media to try to keep pace and compete with it. There are many issues that the official media now cover because the details spread quickly across social media; regimes have to catch up to express official opinions and influence their direction. This victory for social media suggests that in the near future it will be a major source of news and information, and the official media will no longer be able to control the discussion.

This decisive stage will have a direct impact on Arab consciousness, which is the main lever for every social or political change. The political awareness of this generation is very different to that of earlier generations, and the speed of dissemination and awareness will accelerate the possibilities for change in a way that regimes and their media tools will not be able to withstand for long. The battle for control of the media is the main struggle for the Arabs because it is about awareness and understanding the world and its challenges. Once the minds of the ordinary people are freed from the restrictions of regime-controlled media, it will bring about the civilisational shift necessary to transform regional decline into renaissance.