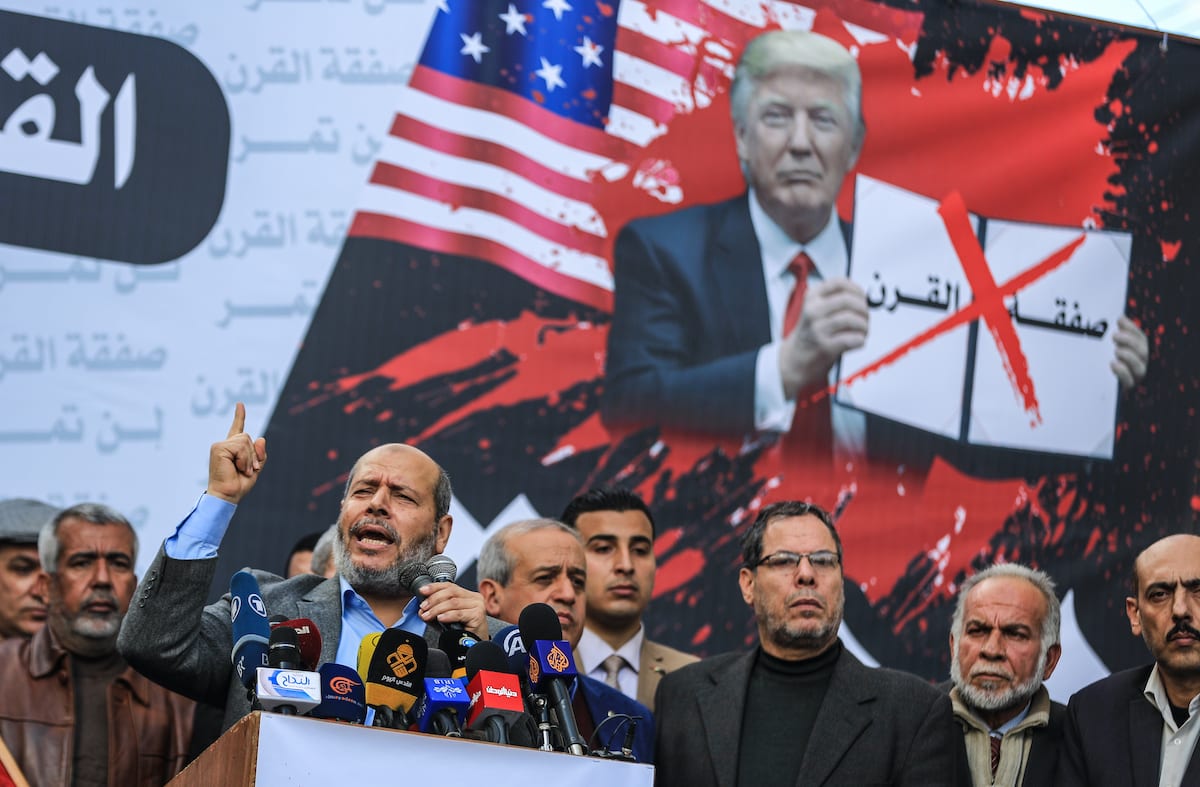 The US "deal of the century" may be scrapped when President-elect Joe Biden takes office in January, but its ramifications will not necessarily be anathema to the incoming administration. Just as outgoing President Donald Trump utilised decades of international and US foreign policy to make a series of concessions to Israel, the same will happen when Biden returns the US to the fold of the two-state consensus. Trump has left a ruinous legacy for the Palestinian people, which the international community was happy to overlook while ridiculing his inarticulacy.

Predictably, the Palestinian Authority has walked straight into the trap, refusing — rightly — to negotiate with the US but erroneously depicting the wider international community as its ally. The normalisation deals between Israel and Arab countries brokered by the US and approved by several world leaders have laid bare the farce of international "support" for Palestine. The US took a direct route which spun decades of two-state diplomacy according to its agenda and brought the subject of negotiations to a new level. Whether the PA admits it or not, the political landscape has altered, and negotiating a two-state "solution" is now tarnished by US-Israeli scheming under Trump.

Spokesman Nabil Abu Rudeineh has demonstrated that the PA is oblivious to all of this. "The Palestinian leadership is ready to return to negotiations [with Israel], based on international legitimacy, or from the point where they stopped, or based on Israel's commitment to all signed agreements," he declared. Besides the fact that Israel has no interest in committing itself to any agreements, signed or otherwise, Abu Rudeineh is omitting what happened in the interim from the stalled negotiations to the postponed — not cancelled — annexation plans following normalisation.

READ: White House theatrics are no laughing matter for the Palestinians

Will the PA address this discrepancy? Or is it expecting a return to brokering agreements with the US, under the guise of the two-state compromise, while not being held to account for ignoring how Palestine has been altered under Trump's rule and his gifts to Israel? The two-state track is dead and buried; everyone knows that. Israel arrived at the annexation stage with little opposition from the international community, so the PA needs to clarify its concept of negotiations, from its current hopeless position in the abandoned, fragmented Palestine which the international community helped to create.

The two-state solution is a euphemism for decades of waiting, which the PA has duly done, in order to retain the illusion of legitimacy, funded by the international community. Perhaps the PA should clarify whether if, by negotiations, it is referring to another period of grovelling for some crumbs from the international community. With Washington now welcomed back to the consensus after accomplishing its mission for Israel on behalf of the UN, Palestine is sitting on the edge of a precipice.