White House theatrics are no laughing matter for the Palestinians 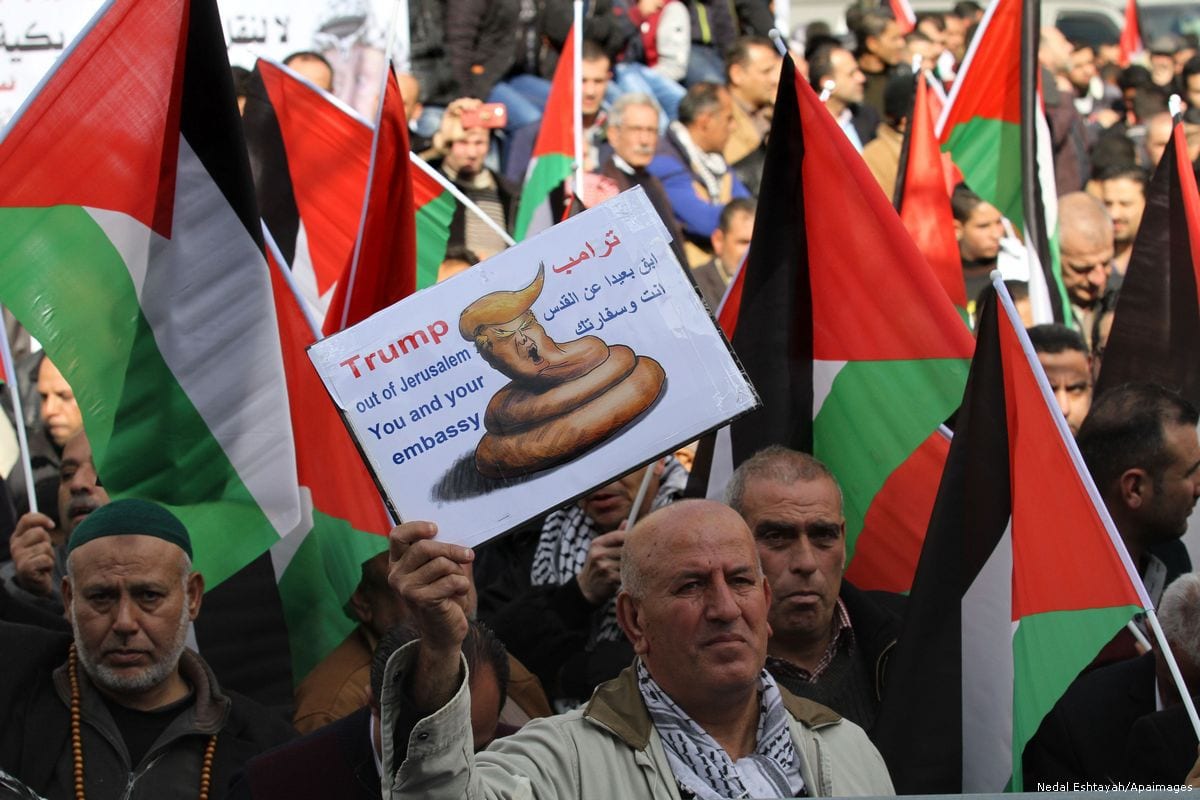 Millions of people around the world are watching in astonishment at the bizarre spectacle of Donald Trump's end days as US president which is turning America into a laughing stock. This, though, is no One Man Show.

Trump's ongoing refusal to accept the result of the election on 3 November is not just confined to his delusional self; the drama, denial, and extraordinary theatrics also extend to others in high office. On Tuesday, for example, Secretary of State Mike Pompeo refused to concede that Joe Biden is the President-elect and even briefed reporters about the "smooth transition" being prepared for "a second Trump administration."

This reminded me of the Information Minister in the late Iraqi President Saddam Hussein's government, Muhammad Saeed Al-Sahhaf, known as "Comical Ali" because of his outrageous pronouncements to the world's media assembled in Baghdad at the beginning of the 2003 US-led invasion. As US tanks rolled into the Iraqi capital, Al-Sahhaf insisted: "They're not even within 100 miles of Baghdad. They are not in any place. They hold no place in Iraq. This is an illusion… they are trying to sell to the others an illusion."

His daily press briefings in Baghdad became compulsive viewing; even US President George W Bush admitted that he was a fan who thought Al-Sahhaf was "great". Saddam's minister became a figure of fun in the West. So much so, in fact, that when he didn't surrender to the allies they refused to arrest him because he was not on their "most wanted" list. He is now believed to be living in relative obscurity in the UAE with his family. Quite what he makes of the theatrics from Team Trump is anyone's guess; the pronouncements coming out of the White House are just as much at odds with reality as good old Comical Ali's ever were.

A number of world leaders have ignored Trump's claims that he won the presidential election. Those in Canada, France, Germany, Ireland, and Britain have all called Joe Biden to congratulate him. Even Trump's closest ally and political friend, Benjamin Netanyahu, has offered his congratulations to Biden and Vice President-elect Kamala Harris, although it took more than 12 hours after US news networks declared Biden to be the winner before Israel's Prime Minister picked up the phone.

No doubt the petulant, outgoing president will feel betrayed by Netanyahu, who benefitted more than any other from the antics of the Trump administration. Few countries have been as invested in Trump's presidency as Israel. His failure to secure a second term will be a blow to Tel Aviv. Whether he walks from the Oval Office or is dragged out remains to be seen, but he still has another two and a half months to serve, which will be of concern to Israelis. They know that their country depends on continued support from a strong and stable America, but at the moment the US is anything but that.

During Trump's term in the White House, he recognised Jerusalem as the capital of Israel and moved the official US Embassy there, although a "branch office" remains in Tel Aviv. The move drew international condemnation, sparking protests around the world because the embassy is on land annexed illegally by Israel.

The incumbent US President then supported Israel's occupation of the Syrian Golan Heights reversing decades of US policy since the territory was occupied by Israel in the 1967 Six-Day War and then annexed in 1981, a move declared illegal by the international community. As a gesture of thanks, Netanyahu even renamed one section of the Golan "Ramat Trump", Hebrew for "Trump Heights".

The pair have worked relentlessly to undermine the 2015 nuclear deal with Iran put in place during Barack Obama's second term in office, which stated that international sanctions against Tehran could be lifted if the country limited its nuclear activities. However, under Trump, the US pulled out of the deal unilaterally and imposed more sanctions.

In 2018 Trump cancelled Washington's annual donation to the UN Relief and Works Agency for Palestine Refugees in the Near East (UNRWA) causing a major crisis for a people already barely surviving on starvation rations. UNRWA provides essential services to the refugees, including healthcare and education as well as humanitarian aid. The US was UNRWA's main donor. 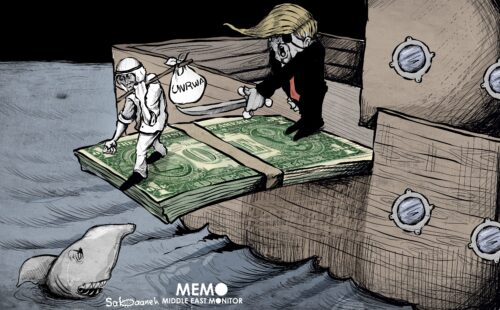 Then in January this year, Trump and Netanyahu revealed the much publicised "deal of the century" for the Palestinians. Not a single Palestinian leader was consulted or asked to attend the unveiling of the deal which recognised illegal Israeli settlements in the occupied West Bank, which Netanyahu said he would move swiftly to annexe. This was followed by the US State Department declaring that the "establishment of Israeli civilian settlements in the West Bank is not per se inconsistent with international law", a claim which completely ignored the fact that building settlements across occupied Palestinian territory and moving Israelis into them are war crimes according to the Hague Regulations and the Fourth Geneva Convention.

So I've no doubt that many Palestinians will be glad to see the back of President Donald Trump. However, they will probably not be laughing along with the rest of us at the bizarre political theatre playing out in Washington. Like the Israelis, the future of Palestine has too often depended on who is sitting in the Oval Office, and just as it is true to say that the Palestinians are kept under a brutal military occupation by Israel, they know that Washington is in thrall to a slick, influential pro-Israel Lobby. In short, it could be said that DC is under a very effective Israeli political occupation.

The sad truth, therefore, is that neither the sane presidents before him nor the current crazy guy in the White House man has ever come close to delivering peace and justice to the Palestinian people. They couldn't, and they dared not even try. President Joseph Biden will almost certainly be the same.

OPINION: The Israelis and Palestinians prepare for Biden to enter the White House