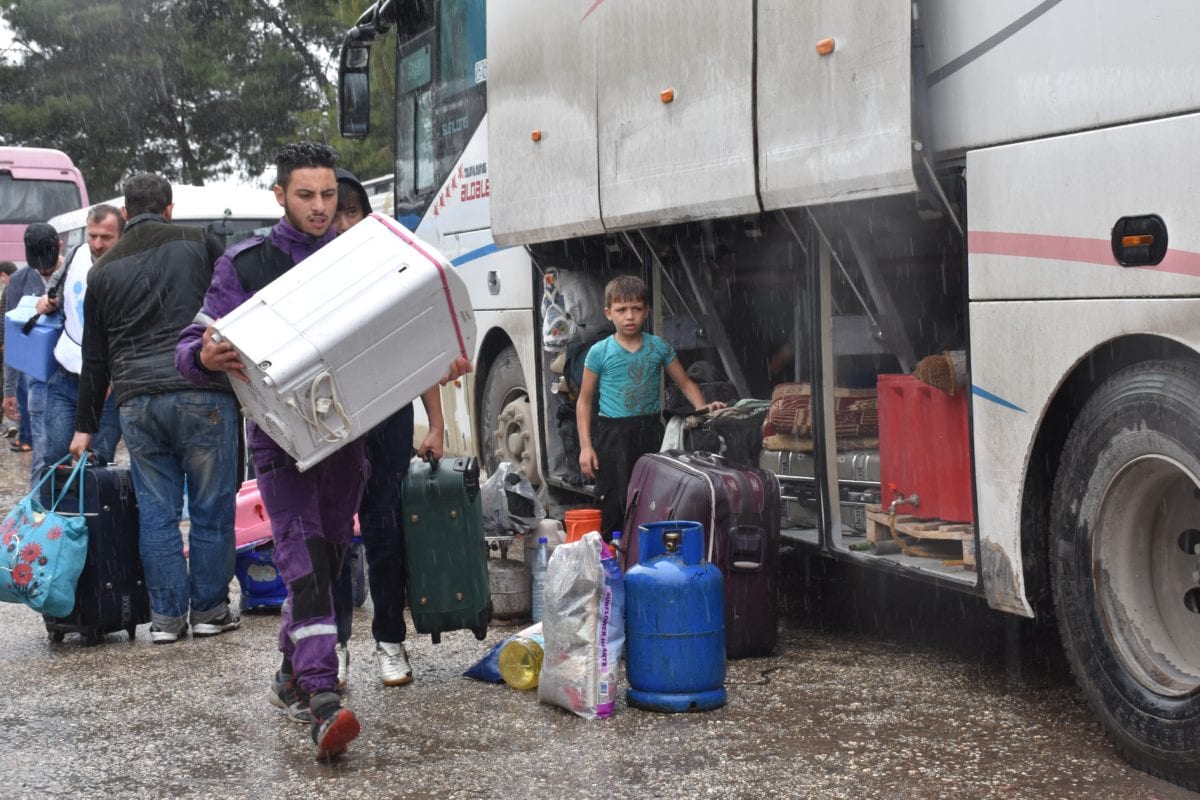 Civilians put their belongings in a convoy as they leave the Yarmouk camp in Syria on 29 April 2018 [Muhammed Abdullah/Anadolu Agency]
November 16, 2020 at 10:56 am

Palestinian refugees have started to apply to return to Yarmouk refugee camp, but they are facing difficult conditions ahead of their return, Quds Press reported yesterday.

In addition to tackling unsafe infrastructure, returnees have been asked to provide proof of property ownership, as well as historic electricity, water, and telephone bills.

Speaking to Quds Press, Abu-Ziyad, a Palestinian refugee, said: "These are difficult conditions because we were displaced from the camp nine years ago."

Damascus governorate started to receive applications from the returnees on Tuesday, stating that anyone who wants to return to the refugee camp should provide proof that their homes are safe for them to return to, and ownership paperwork, in addition to other certificates.

The Palestinian refugees said that it is difficult to meet these conditions because most of the houses were partially or completely destroyed and many of the official documents were damaged.

However, lawyer Noureddine Salman called for the refugees to "immediately" start applying to return to the camp in order to reinforce their rights.

OPINION: Yarmouk is moving from being a refugee camp to a Damascus neighbourhood

Salman was reported by Quds Press as calling for the refugees not to deal with the offers posted on Facebook and other social media platforms to buy their homes, stressing that "they are being made by opportunists."

President of Palestinian Lawyers' Union in Syria, and the legal advisor to the General Commission for Palestinian Arab Refugees, Tariq Murra, told Quds Press that the commission is ready to issue copies of ownership proofs and other needed documents.

He said that the water and sewage networks are working, but the electricity grid is not working because of the damage caused by the war.