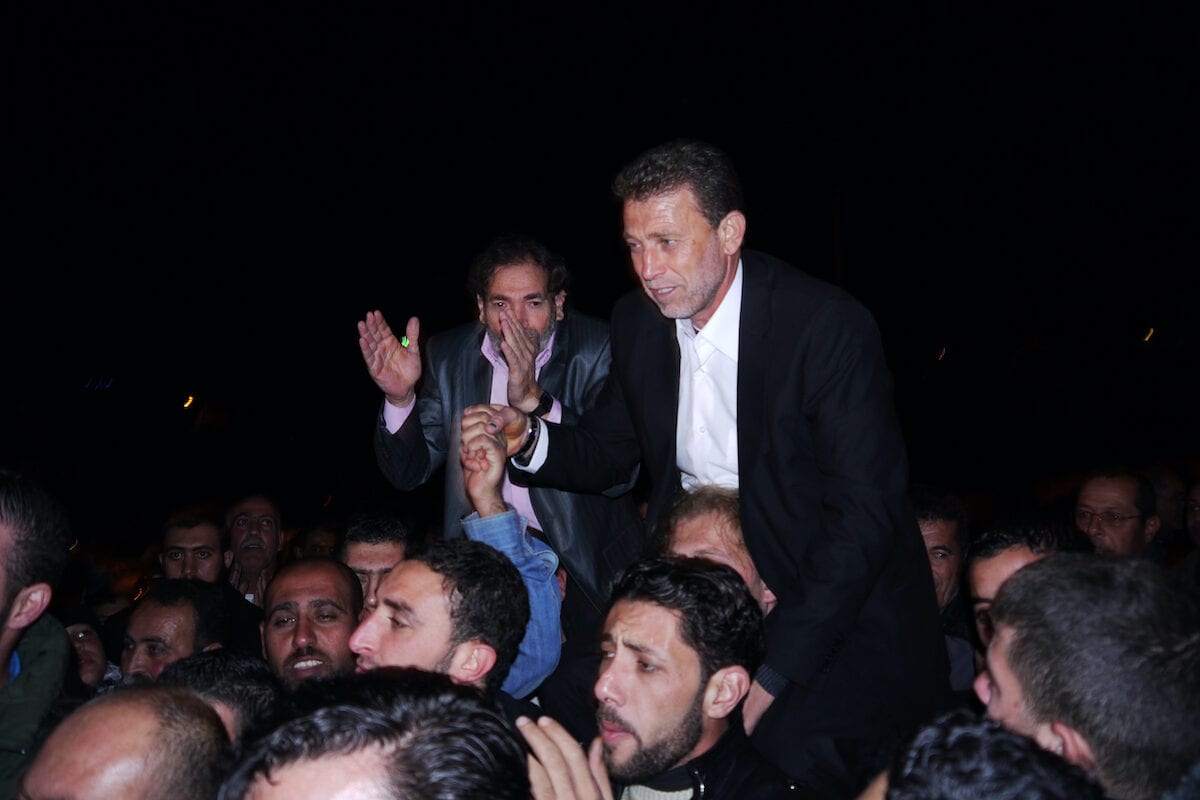 Palestinian freed prisoner Nael Barghouti at his wedding, in the West Bank city of Ramallah on 18 November 2011. [Issam Rimawi/Apaimages]
November 19, 2020 at 10:20 am

Today, 63-year-old Nael Al-Barghouti from the village of Coper on the outskirts of the West Bank city of Ramallah, entered his 41st year in Israeli prisons, the Palestinian Prisoners' Club (PPC) said yesterday.

According to the PPC, Al-Barghouti was arrested by the Israeli occupation in 1978 and spent 34 consecutive years in prisons until he was released in a prisoner swap deal struck between the Palestinian resistance and Israel in 2011. In 2014, he was rearrested along with scores of former prisoners.

During his four decades in prison, Al-Barghouti lost his parents and many of his close relatives. "If there is a free world, Nael would not have remained in prison for 41 years," his wife, Aman Nafe', said.

Born on 23 October 1957, Al-Barghouti was arrested for the first time in 1978 and handed a life term plus 18 years in prison. Israeli occupation authorities refused to release him in prisoner swaps until 2011.

He married Aman Nafe' after his release.

On 18 June 2014, ignoring their obligations under the prisoner swap, Israeli occupation authorities rearrested him and sentenced him to 30 months in jail. However, they refused to release him once he had served his time and reimposed the previous ruling against him.

In 2018, Israeli occupation forces arrested his brother after killing one of his sons and arresting another along with a large group of his family members.

At the same time, Israel demolished two houses belonging to his close family as part of its collective punishment policy. A large number of his family members were detained and released several times, while his brother Omar is being held in prison.