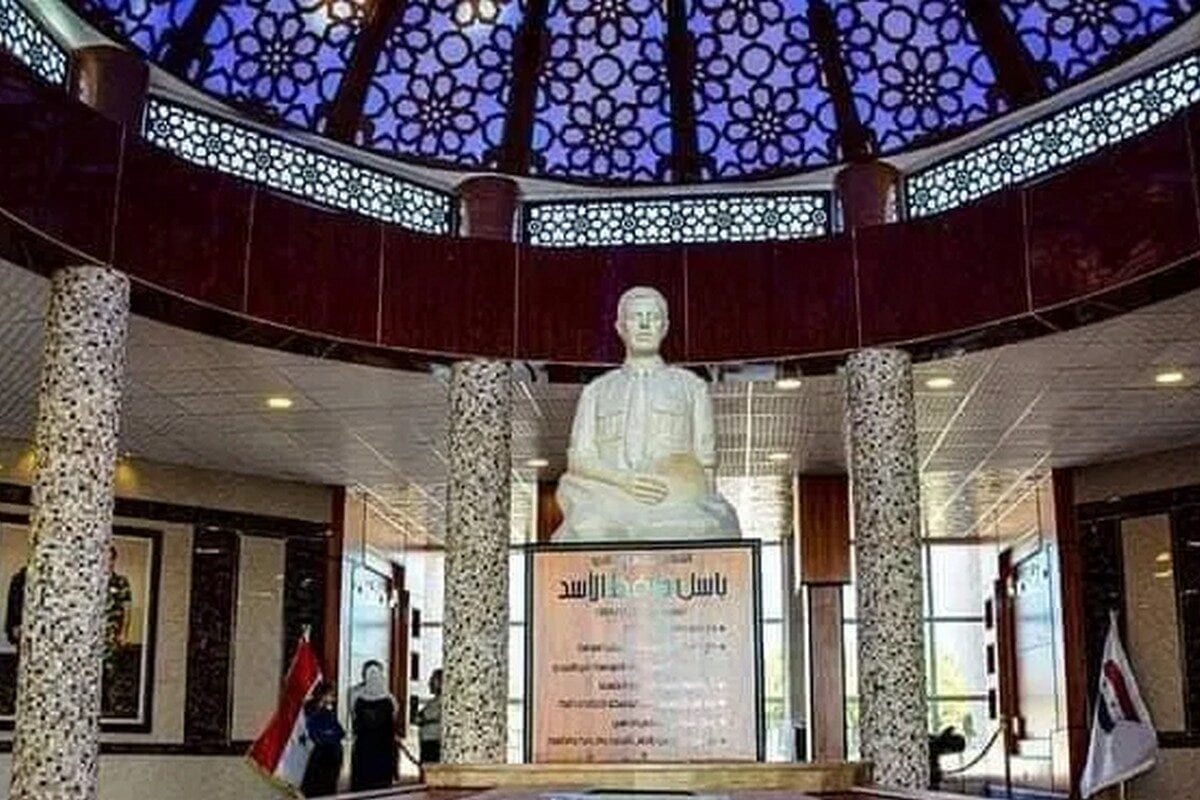 The Syrian regime has opened a new museum dedicated to President Bashar Al-Assad's deceased brother Bassel Al-Assad, as the country undergoes an economic crisis and a severe shortage of wheat and fuel.

According to the Syrian Network for Human Rights (SNHR), it is one of the numerous activities being carried out by the regime in order to commemorate the 50-year anniversary of the coup d'etat on 13 November 1970, which brought Bashar Al-Assad's father Hafez Al-Assad to power. That coup and the 'Corrective Movement' that followed cemented the ongoing reign of the Assad family in Syria.

Photos of the new museum were released by the state-run Syrian Arab News Agency (SANA), and show a white statue of Bassel in the centre of a gallery, reportedly surrounded by 60 pictures of the young Assad, as well as trophies, medals, saddles and equestrian clothing used by him. The total space used by the museum is 350 square metres surrounded by gardens covering an area of 8,000 square metres.

Bassel Al-Assad died in January 1994, when he crashed into a barrier on the way to the airport in the capital Damascus and was killed instantly. The death was followed by a period of mourning established by the regime, especially due to the fact that he was the son who was meant to succeed Hafez Al-Assad, the mantle of which passed to Bashar who was studying in London at the time.

The opening of the museum, and the estimation of the high cost it took to complete it, comes amid the economic crisis caused by regime corruption and international sanctions, and the worsening shortage of essentials such as wheat and fuel.

That shortage has prompted the authorities to import large supplies of lower-quality wheat from Russia, and the production of bread has been taken over by the regime throughout its territories in order to ration and subsidise its distribution through a 'smart card system'.

It has resulted in entire crowds of civilians forming outside the few remaining bakeries, who are made to line up and receive their limited packets of bread, with many being unable to acquire it before it runs out for the day.

Those crises, added to by the ongoing nine-year-long conflict within the country, have led some like the SNHR to condemn the regime's priorities in honouring the Assad family over facilitating a political solution and helping struggling civilians.

In its reporting of the museum's opening, SNHR stated that "for the regime, the only issue which truly matters is the survival of the ruling family and its small elite of beneficiaries, regardless of any cost."