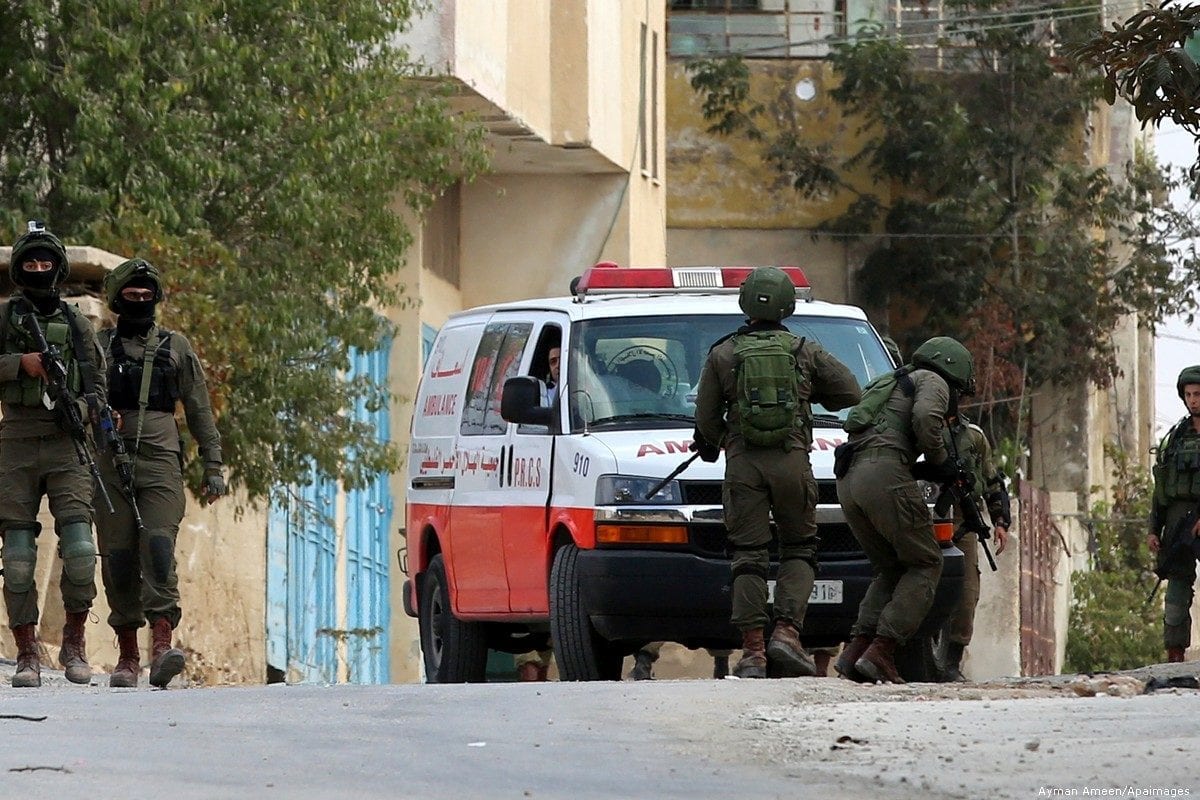 Israeli security forces hinder the movement of a Palestinian ambulance in the West Bank, on 6 October 2017 [Ayman Ameen/Apaimages]
November 20, 2020 at 3:58 pm

Israeli occupation forces today arrested a medic who was treating injured protesters during a demonstration against the establishment of a new settlement outpost in the Ras Al-Tin area in Kafr Malik village, east of Ramallah.

Abdullah Abu Rahma, the director-general of the Popular Resistance Committee Against the Wall, was injured with a gas bomb in his shoulder, and others suffered breathing difficulties and were treated on the field.

Twenty-six-year-old medic Muhammad Hussein Hamed was detained by occupation forces while he was trying to treat the injured, according to the sources.

READ: 400 Palestinian children detained by Israel since start of 2020