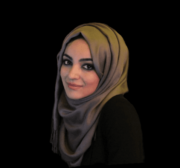 Last year, more than a million refugees and migrants entered the EU, and so far this year over 130,000 have arrived on Greece's shores. The crisis has caused tension between EU member states and raised questions about the future of the freedom of movement within the EU.

The featurette above breaks down the latest agreement between Turkey and the EU to tackle the influx of refugees into Europe. The proposed deal will be presented to EU leaders at a key European council meeting being held later on today.