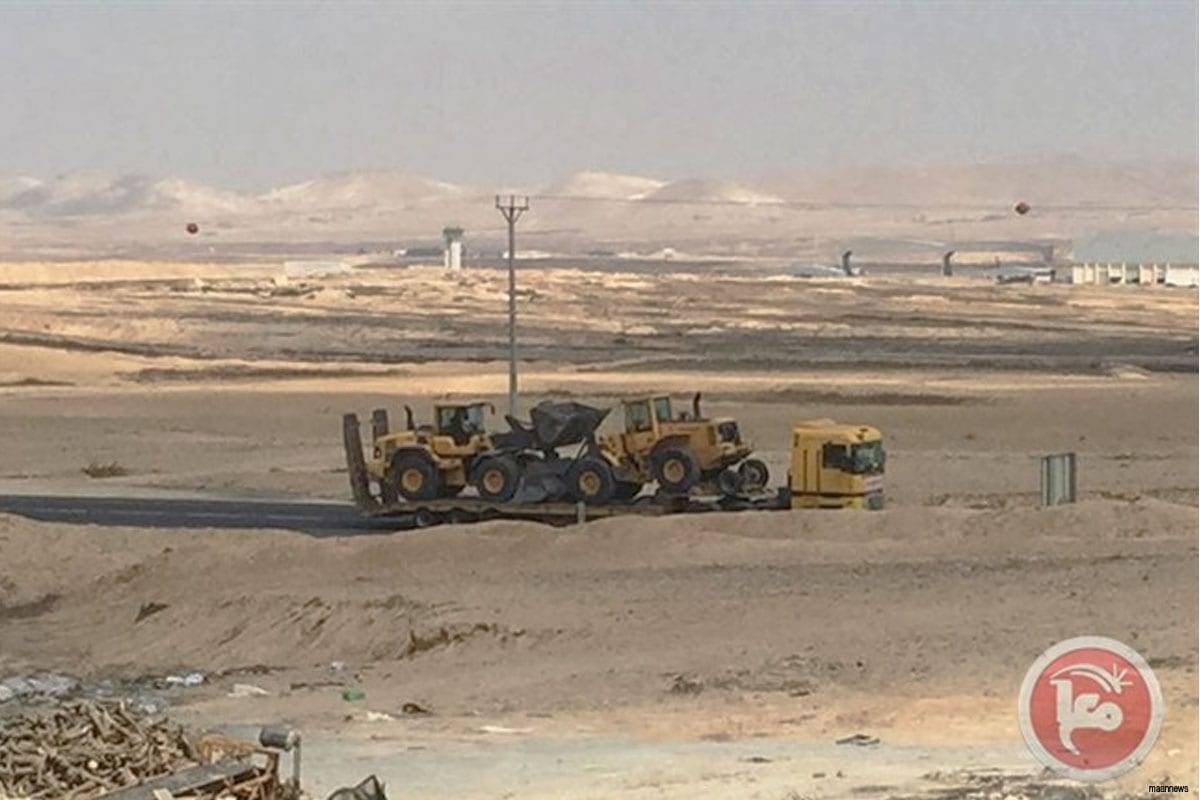 Israeli bulldozers being transported to a Palestinian village in the Negev on August 2016 [Maannews]
January 2, 2017 at 3:50 pm

87 Palestinians, the majority of whom are women and children, were left homeless as a result of the demolitions.

Jahalin added that Israeli forces imposed a siege on the area and closed its entrances during the demolitions, noting that the same 11 structures, made out of tin sheets and wood, had previously been demolished for the first time in August.

Khan al-Ahmar is one of several Bedouin villages facing forced relocation due to plans by Israeli authorities to build thousands of homes for Jewish-only settlements in the E1 corridor.

Settlement construction in E1 would effectively divide the West Bank and make the creation of a contiguous Palestinian state – as envisaged by the internationally backed two-state solution to the Palestinian-Israeli conflict – almost impossible.

Israeli activity in E1 has attracted widespread international condemnation, and Palestinian President Mahmoud Abbas has in the past said that "E1 is a red line that cannot be crossed."

A spokesperson for the Coordinator of Government Activities in the Territories (COGAT), the Israeli agency responsible for implementing Israeli policies in Palestinian territory, told Ma'an at the time that "enforcement measures" were carried out against "eight illegal structures" belonging to Palestinians near the Israeli settlement of Maale Adumim – which, like all Israeli settlements in the occupied West Bank and East Jerusalem, is illegal under international law.

The spokesperson said that the structures were built in 2012 without hard-to-obtain, Israeli-issued building permits.