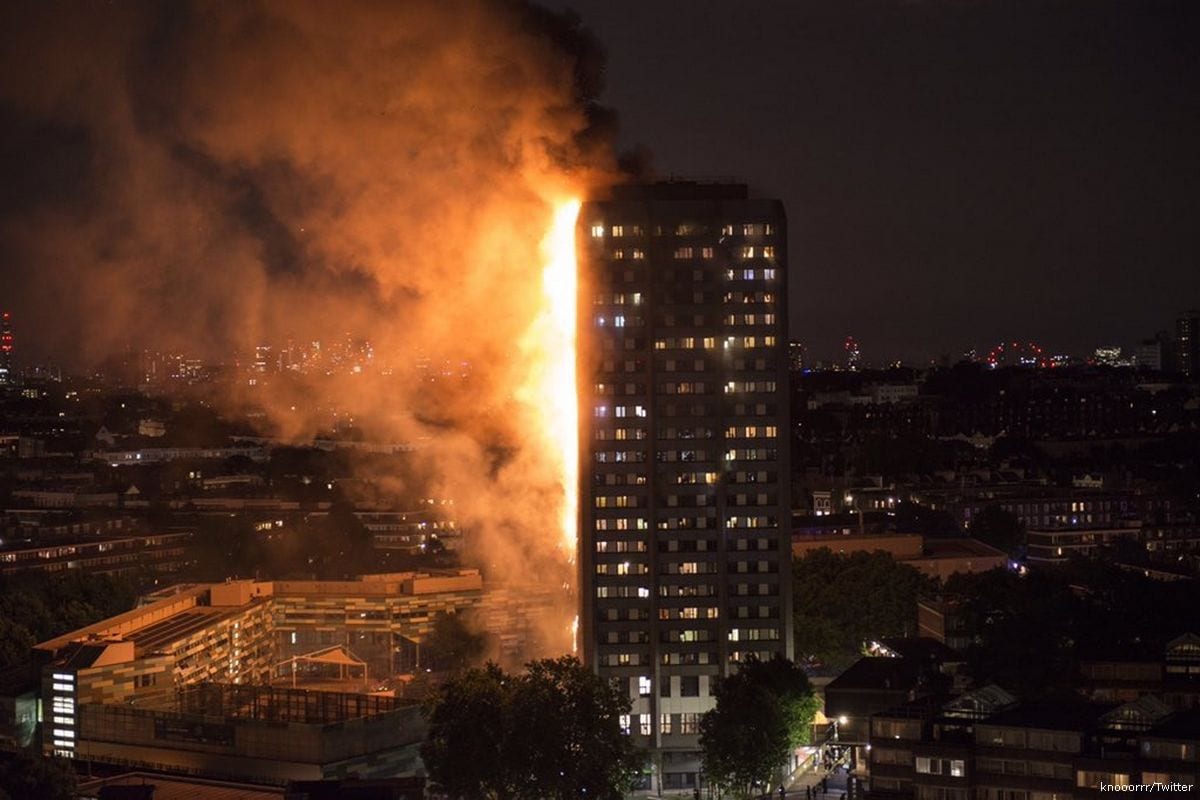 Thousands of pounds have been raised by a funeral fund set up for a Syrian refugee who was one of the first victims of the Grenfell Tower fire in London to be named. A Syrian support group set up the fund for Mohammed Alhajali, a refugee who came to Britain in 2014. Mr Alhajali was among 17 people confirmed to have been killed in the blaze.

A GoFundMe page was created on Thursday to pay for Mr Alhajali's funeral costs and more than £6,000 was raised in just nine hours. The page was set up by Kareen El Beyrouty from the Syria Solidarity Campaign.

"Mohammed Alhajali undertook a dangerous journey to flee war in Syria, only to meet death here in the UK, in his own home," she said. "Mohammed's older brother Omar, who was with him in the flat, survived but lost Mohammed on the way out." Omar was rescued by the Fire Services while Mohammed went back upstairs. "Mohammed was on the phone for two hours with a friend in Syria, waiting to be rescued."

Mohammed Alhajali was a civil engineering student at West London University, with a dream to return home and "rebuild" Syria.

"He was trying to reach his family back in Syria on the phone but he could not get connected to them due to the situation there," explained El Beyrouty. "He had not seen his family for four years." When the fire reached his flat on the 14th floor, she added, Mohammed bid his friend goodbye, saying that the fire had reached him. "He asked his friend to pass on the message to his family."

The GoFundMe page added that while the Syria Solidarity Campaign is raising money for Mohammed's funeral, any surplus funds will be donated to his brother Omar and family. "That way, his family in Syria can have a chance to say their last goodbyes."